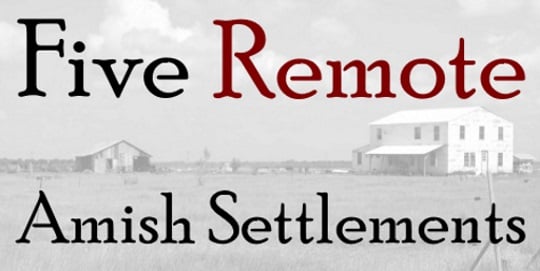 You might have noticed that Amish settlements tend to cluster together on the map. Especially in high-Amish-population states, many communities lie within a short drive or even buggying distance.

In fact, most individual Amish settlements are going to be within a half-hour to an hour’s car drive from at least one other settlement.

Even when Amish settle multiple communities in a new distant state, they often end up planting roots relatively close to one another (see the clusters of Amish communities in Colorado and Maine, for two examples).

But sometimes Amish do settle in remote locations, distant from any other Amish people. Here are five of them.

1. Bee County, Texas – Lying just a couple hours from the Mexican border, the Amish of Bee County have been one of the most remote Amish communities since their founding 20 years ago. 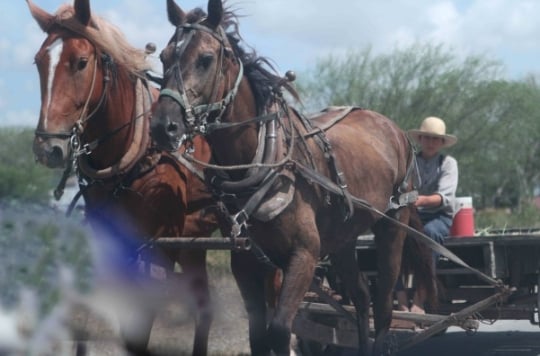 It’s about a seven-and-a-half hour car drive to the nearest Amish community, in Clarita, Oklahoma. The Beeville community has its own character, quite different from your average Midwestern Amish settlement.

And they’re separated from the rest of the continent by water. Are these the only Amish living on an island?

3. Salmon, Idaho – The community of Salmon lies on the edge of the vast Salmon-Challis National Forest. This roughly 3,000 person town is in Lewis and Clark territory – the expedition passed through the site of the present-day town.

The small Amish settlement is the only Amish presence in the state, with the closest Amish neighbors living hours away in Montana. There is an apparently thriving Amish-run market store there.

4. Vita, Manitoba – While they technically have their closest Amish neighbors about a two-hour drive and one international border away (in Minnesota), the sole Amish settlement in Manitoba lies far from the bulk of Canada’s Amish in the populous regions of Ontario, were the pioneers of this community originated. 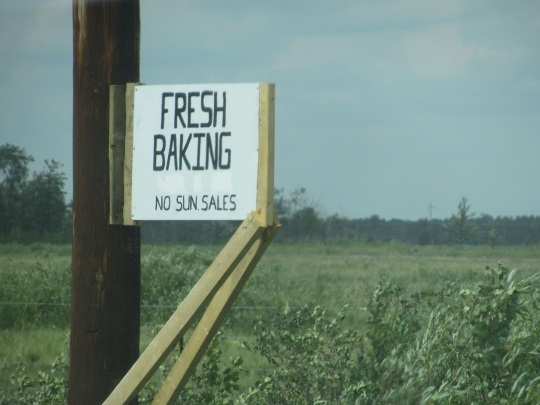 5. The South American Communities – Saving the remotest for last, these two communities – in Bolivia and Argentina – are not just far from any other Amish on the planet, they are also remote from one another.

Google tells me that it is about a 20-hour drive from Pailon, Bolivia to Catamarca Province, Argentina. It’s remarkable that Amish live so far from any others of their faith – and in another hemisphere to boot.