Reuben and Wilma Mast belong to a New Order Amish church in Ava, Illinois. They live with their 10 children on a farm in this settlement of three church districts.

Isaac Smith of The Southern Illinoisan visited the Mast farm on several occasions this spring and summer. His article shares extensive comments from Reuben on Amish life and beliefs.

We also get some nice photos of the family at work with their produce. You’ll  see the Masts are okay with the camera taking candid shots.

This is not the first time we’ve seen the Ava settlement on the site. Longer-time readers might recall Don Burke’s look at the Ava Amish about five years back. You can view his photos of the settlement, and from inside a local jams-and-jellies business, here.

I’ve pulled some of the more interesting things Reuben Mast shares in the article – both about Amish in general, and specifically the Ava community.

5 Insights on the Amish from Reuben Mast

1. Ava is an “electric” New Order community. They are among the few horse-and-buggy Amish settlements which permit public electricity. Reuben explains why:

The belief, for example, that Amish don’t use electricity because it is deemed a sin by God misses the mark, he said. Mast explained that, traditionally, homes would be powered by gas generators or lit with oil lamps. But some communities, like the one in Ava, do not turn away from attaching themselves to the grid — and it’s about cost. Electricity is cheaper than gas and with it comes a freedom from things like the need to clean mold constantly in the summer, one of the pitfalls of not having air conditioning. 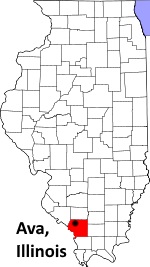 One justification for Amish not having public electricity is that it helps to prevent the temptation which would come with an easy power source. With outlets in every wall, it could invite televisions, computers, and other electronic gadgets the Amish don’t want around.

He said, for example, that it would be very easy to plug in an electric radio and connect oneself to the “English” world.

Mast told The Southern that much of their way of life comes down to avoiding such temptation. Their abstinence from things like cars and worldly music is not because of its outright sinfulness, but rather an attempt to protect themselves from falling off of what they see as their mandate from God to live a simple life.

For these Amish, electricity is acceptable. The justification given here is practicality. It’s cheaper to be on the grid and homes are also easier to maintain.

But how does it work in practice – do off-limits electronics end up finding their way into electric New Order homes, or are they vigilant against these temptations? No answer is given here.

2. Becoming Amish as an outsider is possible but difficult. New Order Amish have been known to be among the more “seeker-friendly” Amish groups. Still, becoming Amish is uncommon:

Not an evangelical people, Mast said the church is open to outsiders converting but he admitted that this could pose an incredible hardship.

“It’s not impossible,” Mast said. “It takes a lot of giving up, I would say, or a changing of thought pattern.”

Our friend Mark Curtis is one example of someone who joined and has remained in the faith. Mark was baptized and joined the New Order community at Belle Center, Ohio, over 15 years ago.

3. Amish Christianity isn’t a “blind faith.” Amish have faith in God but know they must use their abilities and gifts to survive and prosper:

“You can’t sit on the porch and pray that the Lord will take care of the weeds in the field,” he said. Indeed there is very little idle about the Mast family — the casualness many might have in working through their chores doesn’t appear to be there for them.

When Mast asks his children to get a box for produce, the request is met with a sprint. The same goes for him. Mast runs from job to job — time is not wasted.

This idea of trusting in God but using the skills he gave them goes for farming as well as personal health. Hard work and knowledge are the gifts given by God and should be used to work through problems.

This idea fits how we tend to think of the Amish. While you may occasionally come across more “laid-back” Amish families and communities, Amish people tend to be industrious and seek to use their talents well in this world.

This is traditionally the time of choosing to join the faith for Amish youth. However, in popular culture, this had led to images of rampant sex and drug use, as well as adopting other worldly ways. It is also widely believed that these are accepted by the parents.

Mast said this is decidedly false.

“Why would we want to expose our children to fire and hope they don’t get burned,” he said.

Mast said he was not implying some youth don’t experiment with any or all of these things, but said it’s not the norm and neither is parents going along with it.

Among the Amish, the New Order churches tend to be known for emphasizing clean living and morality. I’m not surprised Reuben brings up Rumspringa here.

5. Despite being among the most “accessible” of Amish groups, this New Order community was not welcomed by all. This settlement’s first family moved to Ava from Union Grove, NC, in the early 1990s. The Mast family arrived four years ago.

The early settlers weren’t universally welcomed, and some of that sentiment remains today:

Unlike the Arthur community further north, the new community had to convince the locals. Mast said some just didn’t take to the new neighbors.

For some this was the horse manure on the roads. For others he said it was just seeing someone different.

“Some of the people just weren’t too fond of having Amish people here,” Mast said.

There are still some who are not as accepting — the slow-moving vehicles and questions about a balance of enforcing child restraint laws cause some to be resentful.

We tend to think of conflicts between Amish and English locals emerging in the plainer and more insular communities. But Ava shows that even the New Order Amish encounter friction.

Yet Reuben says that “we feel connection to our non-Amish friends,” and “wouldn’t say that it’s hard to interact with the outside people.” He explains that they do maintain borders, but “just because we dress different … that shouldn’t really make it so we can’t get along with people.”