In the latest edition of the Journal of Plain Anabaptist Communities (JPAC) we find an article by Henry Troyer titled “Change and Continuity in Amish Wedding Dates in the Holmes County, Ohio, Settlement“. I found several interesting facts in Troyer’s piece I’d like to share with you, concerning Holmes County wedding customs. Let’s start with the main point of the paper:

1. Over the past 100 years, the wedding schedule has completely flipped

Troyer explains that Amish weddings have traditionally been held in winter months, with a December peak (I’m not sure what is considered “winter months” here, as December is technically more an autumn month than a winter month, going by the calendar). We might simply take this to mean “colder months”. 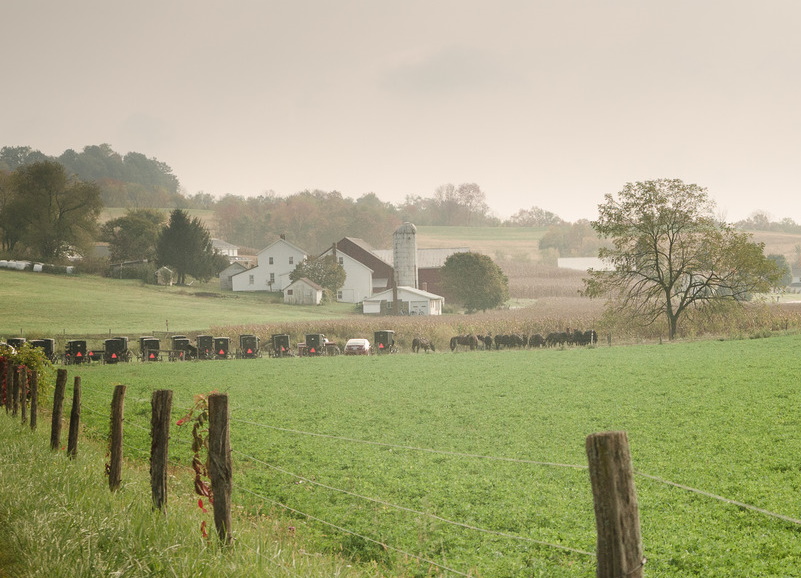 There are a couple of reasons for this. One is that with a farming schedule, the colder months are among the lightest in work responsibilities, thus allowing farmers to attend.

Another concerns food preservation. It’s easier to keep the large amounts of food that must be prepared beforehand during colder times of the year.

Over the decades, farming in Holmes County has declined as an Amish occupation. At the same time, mechanical refrigeration has become common. The upshot is that hardly any weddings are held in December in Holmes County, with the vast majority now occurring during the warmer months. For the period 2008-2019, considering 1,240 weddings, Troyer found the most popular month to be May, followed closely by June. A miniscule amount occur in December now – less than 1%.

By comparison, in Lancaster County the story appears to be quite different, with a greater adherence to a traditional wedding schedule. We’ll hopefully hear more about that here in a future post.

2. New Order Amish hold all their weddings on Saturdays

No reason is given in the paper for this New Order custom. But it marks them as different from the rest of the community’s Amish, whose most common wedding day is Thursday.

Why Thursdays? Citing Stephen Scott, Troyer explains that no one seems to know why exactly – but a reasonable explanation has at the least been attached to the practice:

In the distant past, weddings were sometimes incorporated into the regular Sunday worship service, but that no longer seems to occur. No one seems to know exactly why Thursday is the dominant day for weddings but a compelling rationale has been constructed. The day before a wedding is spent preparing a large amount of food for the guests. The operation starts early in the morning and involves not only the family of the bride but also certain neighbors and relatives who are recruited to help. A major all-day cleanup operation takes place the day after the wedding. It is obvious then that Mondays and Saturdays would not make good wedding days, because either the food preparation day before or the cleanup day after would fall on a Sunday, and the Amish are quite serious about keeping Sunday as the Lord’s Day (Scott 1998). (pp 96-97)

Troyer notes that it is unclear why Wednesdays and Fridays are not used as wedding days, suggesting it may simply be due to tradition. 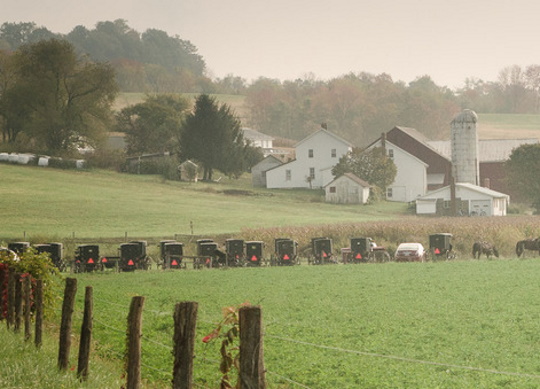 One other day of the week has gone unmentioned. In the past, a substantial number of weddings were held on Tuesdays (close to 30%), but that has declined to account for perhaps 6% of all weddings today.

3. Married couples-to-be are less secretive about it nowadays

This one may apply to more than just Holmes County. In the past, secrecy surrounded an Amish couple’s decision to wed. The information was kept tightly within a small circle of families. This resulted in wondering gossip among those in the community not “in the know.”

Troyer explains that “in recent years, significant changes have occurred in this premarital dynamic.” Nowadays, news of a planned wedding becomes more widely known, even up to a year beforehand.

The article is worth reading in full. It’s one of this edition’s briefer pieces (eight pages) but gives a nice explanation of Amish wedding customs, plus some further analysis on themes including Amish customs changing over time.