Following up our discussion on how Amish choose hospitals, a regular reader has shared observations of how his Amish friends choose and pay for conventional care.  You’ll see that sometimes creativity is involved.

Per request I’ve changed the names of the locations, substituting generic names for the actual town names.  The Amish community in question is a small one and quite conservative: 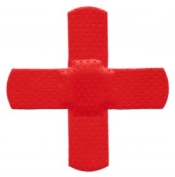 My friends prefer coming to Smithfield rather than the hospital in Plymouth which is much closer. They will go to Plymouth in a dire emergency but only under those circumstances. However, any follow up is taken care of here in Smithfield. The reason is the hospital and local physicians will “deal” with them.

For instance, I know of one situation where a $20K bill was paid with about $8K. When my friend came to Smithfield he told the billing department he had 8K and they said fine and dandy, we’ll take it. In another instance a friend had to have a colonoscopy and the physician knew he made baskets. So the doctor told him he needed a very large laundry basket so the deal was done. That said, I wish I could make very large laundry baskets and get such a bargain.

Another service I know they have used is the Shriners Hospital for Children. Samuel, the 13 year old son of my buddy Ephraim, cut all of his fingers and most of his thumb off his left hand in a sawmill accident. (Don’t get me started on allowing a 13 year old to run a 28 foot capacity band saw mill as I have a real but privately held issue with such things.) He was immediately taken to the closer Plymouth hospital where the reattachment surgery failed. His follow up care was at the Shriners’ Hospital which is at little or no cost to patients.

Not that Smithfield’s hospital is an independent, autonomous entity but rather a part of a much, much larger corporation than the hospital in Plymouth. I know the bigger a corporation gets the harder it is to bend the rules. However, the hospital here seems to be much more lenient and forgiving for those who don’t have insurance and who are willing to fork over cash. Unfortunately it seems my friends have far more serious mishaps than most folks which is most certainly due to their work activity level and exposure to dangerous farm equipment and shop tools.

A few observations I had after reading the above comments:

1. I think a dire emergency for Amish is different from a dire emergency for English. My eyes were first opened to this on reading House Calls and Hitching Posts about a doctor working in the Holmes County community.  Later I saw other examples that confirmed this.  As the doctor’s quote from An Amish Paradox had it: “They don’t come in every time they sneeze.”

2. Missing fingers are the way things go with Amish, many of whom work with saws and power tools.  We’re not used to seeing missing digits and limbs nowadays.  During times of large-scale military conflicts, and when more people were working manual trades, they were more common.  Among Amish, even young guys lose fingers.

3. Would non-Amish be able to pay $20,000 bills with $8,000, if they only tried?  From what Kerry writes, it sounds like Pomerene Hospital in Millersburg, for instance, offers the same packages for non-Amish self-pay patients as they do Amish.  Amish have negotiating power, as well as sympathy for a fairly well-known religious stance on their side, however.