The Amish and computer issues

Have finally gotten my laptop fixed after a week of it being on the fritz, I’ve really begun to appreciate the convenience of having wireless internet access in one’s own home.  How did we ever live without this stuff?

Schlepping between internet cafes in Krakow over the past week had started to get old and definitely cut down on computer time.  The inconvenience got me thinking about the Amish and their relationship to computers. 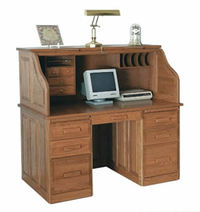 Amish I talk to may have anything from a vague to fairly extensive knowledge of computers and the internet.  I’ve met a handful that have surfed the web, often in a work environment.  An Amish father friend of mine in Ohio has his own email account at his non-Amish employer–strictly for work purposes, which apparently is kosher in his particular district.  But I’m not so sure the church would look at email usage the same way if he and I were to send non-business messages back and forth to one another.

Amish business manufacturers build luxurious office sets with spots for computer equipment. Many of these same businesses take advantage of the internet as a sales portal, having their own sites or ones owned and managed by a third party, a setup seen in certain congregations which allows individuals to avoid conflict with the church over the more-or-less taboo technology.

Some Amish districts will tolerate businesses having their own computers in the shop, however.  Stopping in at one of the larger Ohio Amish furniture manufacturers recently, Amish employees in the sales department were plugging away in front of laptops.  Some will draw the line at simple word processors–80’s-era castaway-type machines–but in this somewhat more liberal Old Order district full-on computers are allowed.  For that matter, a number of Amish businesses in Holmes County, including an Amish-owned accounting firm, a finishing shop, and furniture maker, even use air conditioning in the office.

One of the most common misconceptions about the Amish is that they reject modern technology outright.  As a number of scholars have pointed out, the Amish relationship to any particular piece of technology often involves examination and discussion and perhaps a trial period, before a final decision on it is reached.  Some technologies sneak in the back door in a way, as in the case of cell phones in Lancaster County.

The computer is just another example of a technology that has become more and more prominent, as Amish society adapts to the realities of an increasingly entrepreneurial existence and the resulting closer ties with the non-Amish world.