An Amish family has made news by forgiving a hit-and-run driver in Wisconsin. It’s far from the first example of this by the Amish – and we’ve often seen it in much more serious cases (see below). 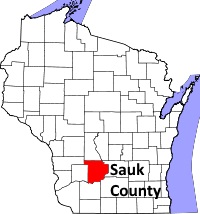 The financial burden is clearly in the family’s thoughts. But it’s also remarkable how warm their sentiments are towards the driver, who seriously injured at least two people. From madison.com:

Members of an Amish family who were ejected from their horse-drawn buggy and injured in a February hit-and-run aren’t angry with the driver of the SUV that crashed into them.

They asked a judge to make sure that 39-year-old Wonewoc resident Brian D. Daniels, who fled the scene but later was arrested and convicted of three felonies, gets the help he needs. And they wished him well.

The two parents — both of whom suffered serious injuries — also told the judge they would appreciate it if Daniels could contribute toward their hospital bills and other expenses, but only if he could afford it.

The family could not be reached for comment Thursday, but their statements to the judge are documented in Daniels’ public court file.

“When I first saw the victim impact statements, I was taken aback by how understanding and forgiving the family was,” he said. “Their concern for Mr. Daniels’ well-being was unexpected and heartwarming.”

The mother, who suffered fractures to her clavicle, vertebrae and hip, seemed reluctant to impose a financial burden on Daniels, who didn’t have insurance when he crashed into her buggy and drove off.

“We appreciate everything he can do to help pay,” the mother wrote. “I don’t know how Mr. Daniels is sitting financially. Can he help much? Does he have a family to help him? Our church is willing to help raise a fund for part of the bills if that’s what it takes. We don’t hold anything against Mr. Daniels.”

She added that “everyone makes mistakes.”

The father also encouraged the judge to ensure Daniels gets help so he can “do good,” adding that “We all need good neighbors and friends every day.”

One of the three children wrote in her victim impact statement that she was sore the day after the crash, but would leave it to her parents to decide what to do. She concluded her statement with “Good Luck! Mr. Daniels.”

These kinds of accidents understandably raise people’s anger levels. But the family’s words here shows they are well aware that humans make mistakes.

Anyone with a conscience even after a lifetime of bad decisions is going to have a heavy burden after badly injuring someone due to carelessness or worse. The concern for the offender’s well-being is remarkable.

Par for the course

The response to the Nickel Mines school shootings stands as the best-known example of Amish forgiveness. But there have been many other less-reported cases in which Amish publicly forgave.

Just 3 weeks after Nickel Mines, an 11-year-old Amish girl was killed by a drunken driver in Michigan. The girl’s father visited the driver in prison on his own initiative, and he was described as having been forgiven at his sentencing.

Here’s an example of Amish forgiving an 18-year-old driver who killed five children on the road in 1993. ‘All they want is to get on with their lives and be healed and for Eric to have a life-saving experience and be saved,’ said the chaplain relaying a message from the family.

Here’s another example which came in 2000:

SEYMOUR, Mo. (AP) — A hit-and-run accident took the life of one of their own, yet members of an Amish community have forgiven the truck driver charged with leaving the scene.

Instead of harboring resentment over the death of Leah Graber, a 44-year-old mother of 13, the Amish sat down with the driver over the weekend and talked “family to family” about building friendships and preventing similar tragedies.”We believe it’s just an accident that happened,” said Josie Schwartz, who owns a buggy shop along the county road where Graber was killed. “It may have been part of God’s plan for Leah.”

“Part of God’s plan” is a common refrain for the Amish when tragedy strikes. Perhaps that perspective eases the pathway to forgiveness.

Forgiveness isn’t a simple one-shot process. The book Amish Grace explores this topic in great depth. But Amish make a regular thing of it, to the point which we might think of it as a defining characteristic.

Forgiveness in the face of pain and loss is hardly easy. Even for the Amish who make a habit of practicing it. But it’s reassuring to see such a reliable example of it in today’s world, when so many currents seem to run in the opposite direction.