Three items for you today.

First, David Arment returns with a little slice of life from Amish Indiana. Drivers in cold-weather climates use winter tires to get a better grip in snowy and icy conditions. Going by David’s account today, there must not be anything like that for Amish buggy horses (winter shoes?), which led to a small challenge for one family.

Then, reader Jerry shares a look at some hand-made Christmas cards he picked up at an Amish place in Pennsylvania.

Finally, a few words on a new resource coming soon to this site.

In Need of Winter Shoes

The other night it rained here in Shipshewana, Indiana. It was one of those rains that couldn’t decide. Did it want to be rain, sleet, spit half-frozen ice particles, snow, or create some new heretofore unknown form of slush to fall from the sky?

Few people cared about the weather’s indecision because we didn’t need to go anywhere as we were in the middle of the long Thanksgiving holiday. As dusk turned into night the weather decided to become snow so the next morning we had snow on top of ice.

As I went home late one afternoon at the top of our hill was an Amish buggy. It was not moving. It was immediately and abundantly clear there was a problem. The horse was in distress because he was stumbling on the ice. His hooves could not get a grip. He almost went completely down. 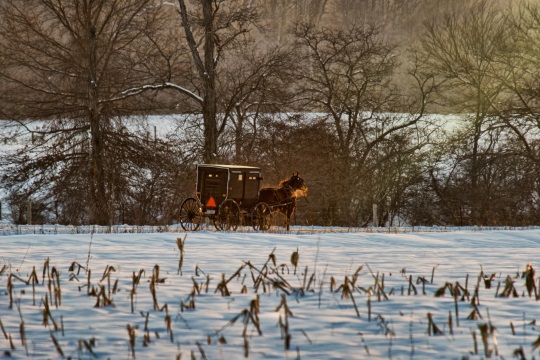 As I was already onto a portion of the downward slope of the hill my concerns were to get around the buggy without adding to the horse’s already agitated state of mind or, worse yet, sliding on the ice into either him, the buggy, or both.

I never once thought about my camera which is always in the seat next to me ready to take a picture of something exciting.

About the same time I was going by the buggy I saw the Amish man exit the buggy. I turned around at the bottom of the hill trying to figure out if I could help. In the time it took me to turn around everyone had gotten out of the buggy.

There were five or six little heads and a couple of medium-sized people walking up on the bank of the road. They had all apparently exited the buggy to make it lighter and easier for the horse to pull. Dad had the reins and had walked the buggy over into the ditch where the snow was and the ice was not.

I don’t know if you have noticed and maybe it is different from one locale to the next, but here the buggies have a step to help you into the buggy. It is a nice step put in a logical place – at least in theory. In practice however the step is right in the middle of two wheels.

When the buggy is at rest none of that makes any difference, but often Amish are climbing into a moving buggy. And if you miss the step your foot is in moving spindled wheels. This step came to my mind as I wondered about the safety of these folks climbing back into a buggy on an icy hill that was obviously not going to stop once it got going again.

Once the horse got on top of the hill everyone had to get back in. The buggy was moving. One by one, little folks were helped through the door, until everyone but dad was in. He was a big guy and I was hoping he would hit the step and that it was not icy. Somehow he made it into and through the door and they were on their way again.

I suppose “mom” never left the buggy and had her hands on the reins the whole time.

Had I not been concerned about everyone’s health and welfare it may have occurred to me to take a picture, but then I would have been worried about inadvertently getting a face in the picture. As it was, my thoughts of photography only surfaced as they continued their way down the road and I turned my old Ford van around to go home.

The picture above has no connection to the story above other than it was taken in the same general vicinity on a winter’s day.

Have you mailed your Christmas cards yet? Since today’s calendar reads December 30, that might sound like a funny question, but for the past few years I’ve been cementing a new tradition of mailing them out late. I guess I can pretend I do it on purpose, to give recipients a surprise right when they think the holiday season is over (a nice story that I’m sticking with 😉 ).

Reader Jerry was better than me this year. He shares a few hand-made cards he picked up at an Amish farm, the last of a larger batch already mailed out. Here’s what he had to say:

I found my cards for this year while out on a Saturday drive in early October. An Amish farm was holding a “yard sale” in their greenhouse and these cards were next to the bake sale table. They were three for a dollar so I bought 30. I have these three left. Almost everyone who received one wanted to know the story. I had to buy envelopes but I found a deal for 10 for $1.00 at Goodwill and they had all I needed. I think I’ll do it again next year. 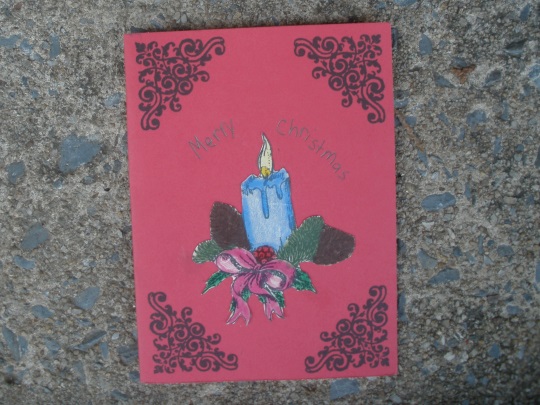 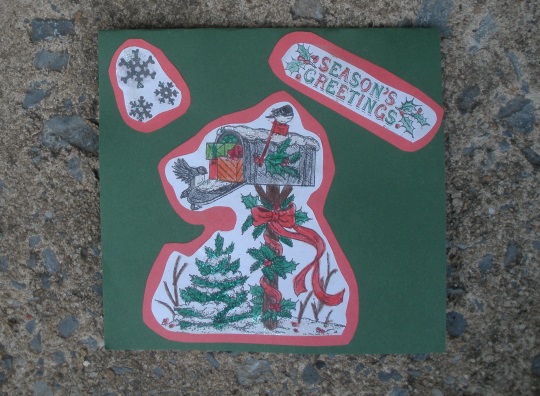 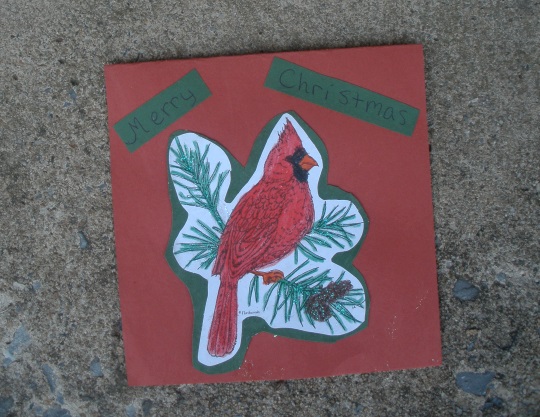 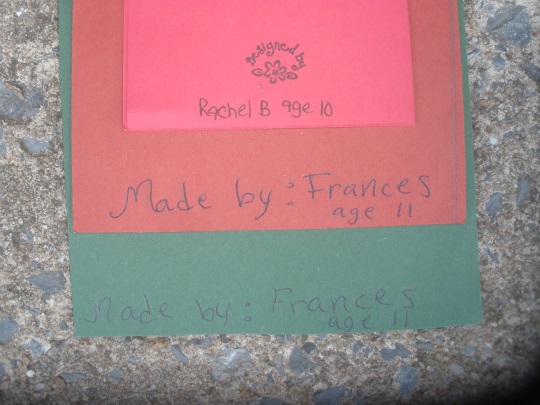 There’s something special about hand-made, and of course, where else can you get a card for 33 1/3 cents?

A (Rather Large) Amish FAQ

As a side project these last few weeks I’ve been working on an FAQ page on Amish topics for this site. I realized there are a lot of basic questions that people, often newer visitors, have about the Amish – on beliefs, customs, history, clothing, technology, communities, etc.

So I thought it would make sense to have a nice long list of common questions, with 2-5 sentence (max) answers, and where appropriate a link to further info.

I first spent a couple of days brainstorming a rather long list of questions (over 300) in about 40 different categories. I didn’t expect to come up with so many, but it’s funny how the list grows and grows when you get into it.

Since then I’ve been creating answers. I am about two-thirds through right now, and just passed the 12,000 word mark.  Here are some sample questions:

I realize that the “F” in FAQ stands for “Frequently”, and there’s a risk that at some point the questions could get a tad obscure.

However, I was surprised at how many reasonable questions I came across as put myself into the shoes of a person who doesn’t know much about Amish people and beliefs.

Can you think of any questions that should be included? Your suggestions are certainly welcome.

I plan to have this done and available here within the next month.