Dr. Michael Werner passes on a link to the Pennsylvania German website Hiwwe wie Driwwe (‘Over here as over there’).  The site is coupled with a biannual newspaper of the same name, apparently the only regular Pennsylvania German language publication. 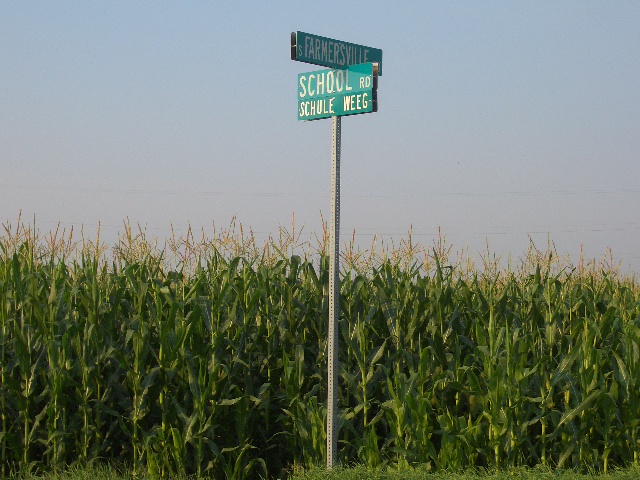 A bit of background on the dialect, from the Hiwwe wie Driwwe site:

In North America, one can still find a few speech islands, in which Pennsylvania German is spoken. Today, about 300,000 Americans and a few thousand Canadians speak that dialect, which came into existence in the 18. and early 19. century. As the German immigrants came to the “New World”, they mixed their dialects with English, which was the languagemainly spoken in the English colonies. And after a few generations,there was only one German dialect: Pennsylvania German. That unique idiom resembles mostly the Palatine dialect, which is spoken in the Rhine Valley between the cities of Neustadt, Grünstadt and Mannheim.

Interesting to see a regular publication in Pennsylvania German.  In shops in Amish areas you do come across occasional books rendered in the dialect, but typically the Amish would write in English rather than using some rendition of their primarily spoken language.

From Wikipedia, have a look at comparisons of the Lord’s Prayer, written in English, two different PA German wording systems, as well as two versions of Modern German:

Dr. Werner, who publishes and edits Hiwwe wie Driwwe and serves as president of the German-Pennsylvanian Association, says that among the newspaper’s contributors are Amish individuals, and that around 10% of the paper’s subscribers are plain households.

Also: the difference between Pennsylvania Dutch and Amish.