What do Amish think about atheists?

Reader Stella shared some thoughts on the “Joining the Amish after 50” post:

Perhaps I’m an unusual atheist but I’ve always admired the Amish philosophy and lifestyle, despite lacking the necessary Faith Trigger to join them. However, I was brought up by atheist parents and taught to respect all genuine engagements with life’s questions, religious or not.

While I’m content with my atheism, as well as with my family and career, I thought I’d mention that you don’t have to be religious to lament today’s lack of ethics, close communities or awareness of life’s deeper significance, or to have serious reservations about the corruptive influence of technology.

Values based on compassion, humility and plain living are always admirable, not just for our individual psychological welfare but the health of societies and the planet. And, of course, whether there’s a God or not, it’s possible to live in a similarly plain life without joining the Amish.

I think Stella makes an interesting point.  The values she mentions are pretty important to society functioning, whether a society of atheists or believers. This seems particularly poignant with London, and other UK cities, burning this week.

Stella’s thoughts on Amish and plain values made me think about something else.  What do Amish think about atheists? 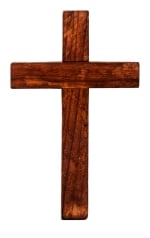 I guess that’s a question for the individual.  I’ve written a bit on Amish thoughts on other religions.  To generalize, Amish have a healthily humble view of other faiths.  The simplified version:  there are different ways of getting to Christ, and who are we to condemn yours.

As deep believers, I think Amish would hope that atheists would eventually find a way to God.  Most wouldn’t try too hard to convince the atheist though.  Amish don’t proselytize, for the most part.  At least not in the way we tend to think of it.

I’ve known some atheists, and had a couple as friends.  They aren’t too common.  Less than 2% of the US population call themselves atheists (much higher in Europe, though).

Some come across as contemptuous of religion.  Others, like Stella, are respectful of people of faith.  For their part I’ve found atheists are turned off when religious people try to “change their minds”.

Atheism has entered the public square in recent years, with prominent atheists publishing books and speaking out about their non-faith.  It seems to be part of the greater discussion on religious tolerance which has emerged over the past decade.

I remember reading something on this during the last presidential elections.  It was regarding candidate Mitt Romney, a Mormon.

The thrust of the piece was: yes, as a culture we could probably accept a Mormon president (we once asked the same thing about Catholic presidents, then elected JFK)–but could Americans accept an atheist one?

It’s an interesting question.  Whether we apply it to our presidents or our neighbors.

America is a Christian-majority nation.  I think most Christians pretty readily tolerate different strains of Christianity, even if they don’t agree with them.  We also accept most non-Christian faiths.  But I’m not so sure about atheism.

Actually, I don’t think people think about it much.  Since atheists are so uncommon, I think your average person finds them a bit “weird”, for lack of a better word.  And when I say atheist, I don’t mean people who simply don’t attend a church.   I mean those who hold the belief that there is no God.

I think people find something deeply unsettling about that.  Even though they might be upstanding citizens, full of the values that Stella shares above.