Singing Eagles, The Zook House, and My New Book

I have been in Lancaster County for the past week, one reason posting has been light lately.

This is my third visit this summer; somehow, some way I keep finding reasons to come to Pennsylvania.  Unlike previous visits, this one is little work, mostly pleasure.  A couple of highlights so far:

Yesterday I took a car full of Zooks and non-Zooks to visit the historic home of Moritz Zug. Moritz’s nephew was a preacher in the early Amish settlement in the vicinity of Malvern, PA.  From the Whiteland Township Historical Commission:

The Zook House in Exton was home to eight generations of the Zook family. It became a haven for Amish and Mennonite travelers who were migrating westward to Lancaster County and Ohio. The building was restored and preserved by the Rouse Company during the construction of Exton Square Mall, 1971-72.

The home today is practically surrounded by the Exton Square Mall. It was moved in 1998 to a site about a hundred yards away from where it originally stood (a department store now stands in its original spot).

It feels strange to visit a historic home which appears completely detached from its original surroundings, plopped in the midst of parking lots and stores. However the exterior of the home has been well-preserved and there is a nice exhibit housed inside the mall detailing the history. I took some photos of it all: 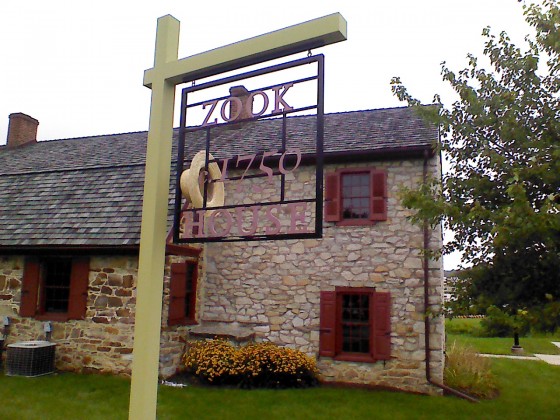 Outside the house. How did the hat get here? 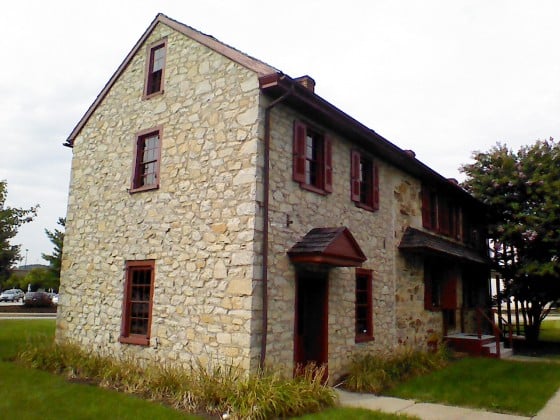 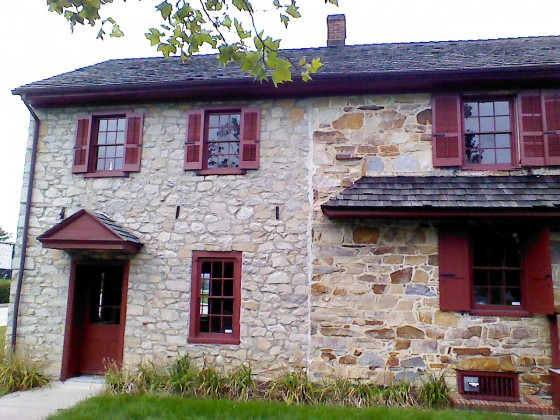 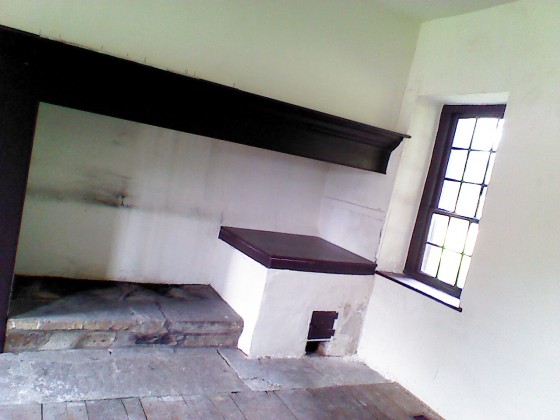 Some views of the inside. It’s not in as good shape as the exterior. 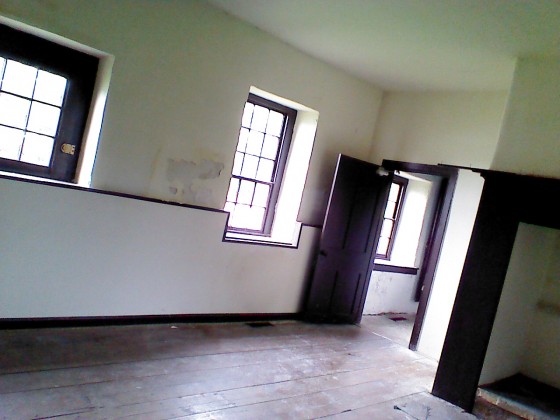 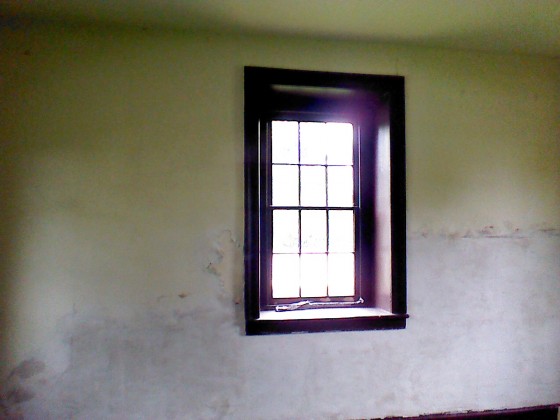 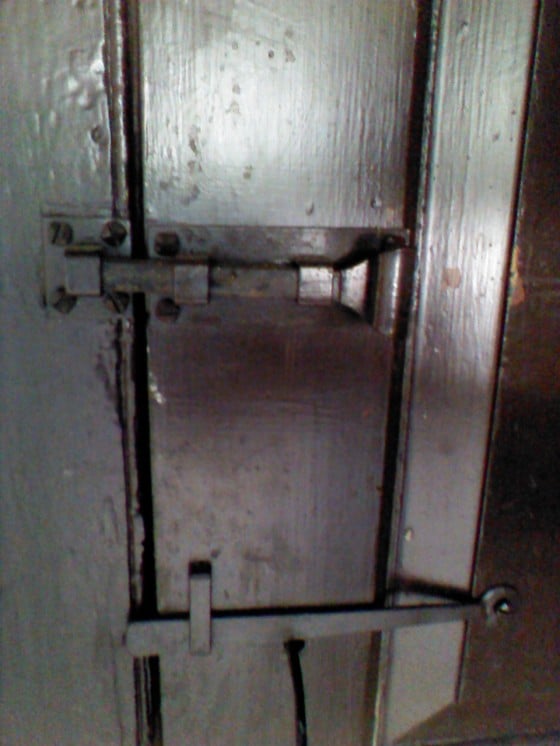 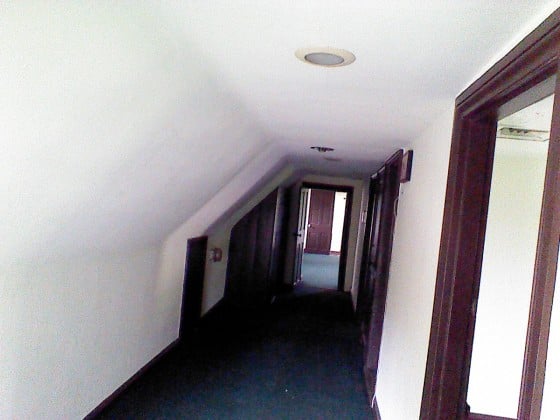 The house was used as offices for the mall for a time, and furnishings remain. The house, I should add, is not really set up for visits by the public, but mall management is kind enough to open it if arranged in advance. 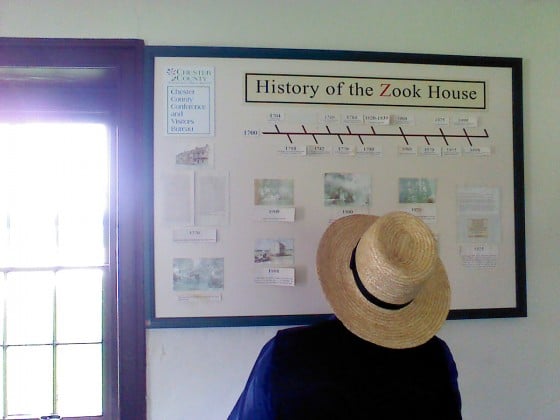 There is a sad-looking but informative poster inside the home. Pictured: a non-Zook actor portraying a Zook. 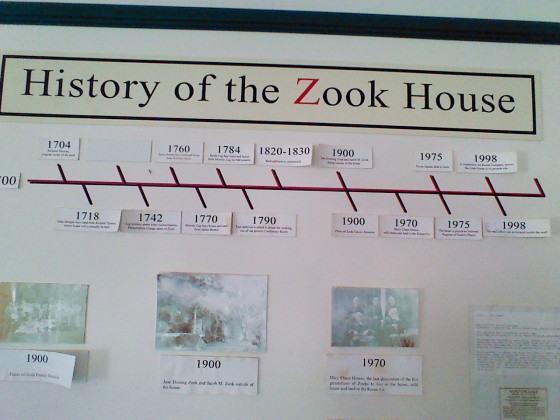 A timeline of major events. 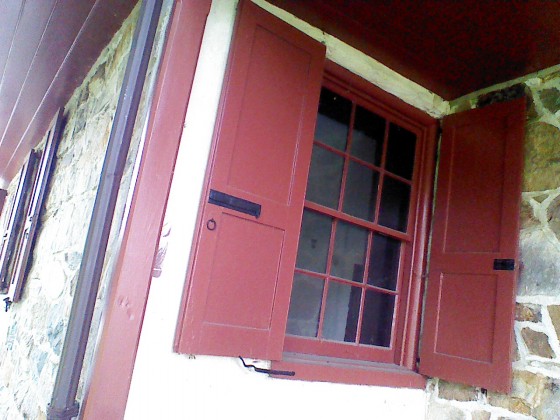 More views from outside. 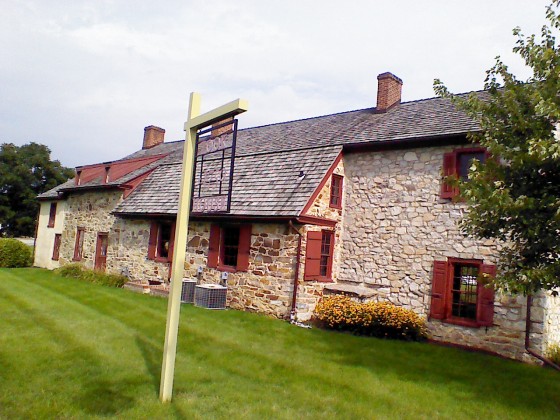 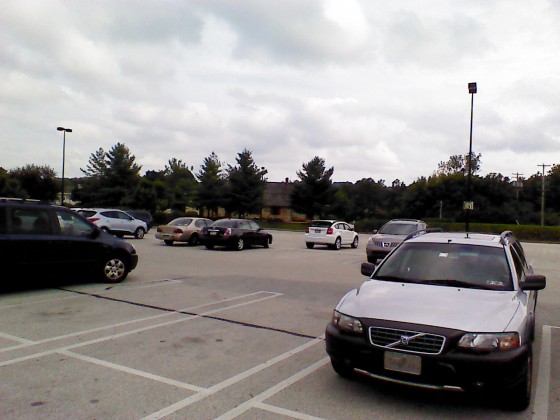 Here you can see the house through the trees, across the mall parking lot. 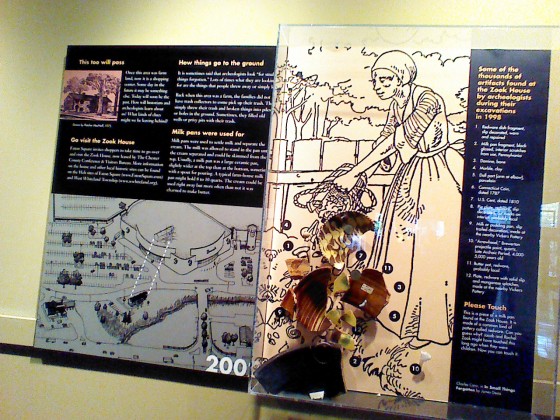 This is part of the exhibit on the home inside the mall. 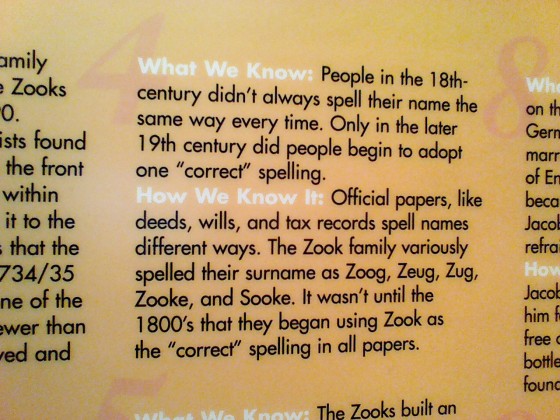 I found this interesting, on the Zook name. I had never heard the ‘Sooke’ variation before.

Here’s info on who to call if you’d like to see the Zook house.

This bit is not about melodious birds but rather the singing of one section of the Eagles youth group, which I had a chance to visit with some parents Sunday.

Amish youth singings happen each Sunday night in the Lancaster community. Dinner and volleyball precede the actual singing. This singing was rather different from others I’d attended of the more traditional Parakeets youth group. Singing was closer to an hour and fifteen minutes (though I’m told it’s usually about an hour and a half) versus two hours in the Parakeets’ case. Singing was also faster and done in four parts; the Ausbund was used along with a second hymnbook, though English choruses were often inserted. This group was a good bit chattier during the singing as well.

The Eagles are the largest Lancaster youth group, comprised of seven sub-groups (youth groups divide once they grow too large; there were around 60-70 youth in this sub-group). It was described to me as middle of the road, which seems to fit.

The other reason posts have been light lately is because I have been busy busy busy revising a new book on the Amish. This has been an ongoing project over the past three years which is moving into final stages.

I’ve enjoyed the process immensely, not least because I’ve learned a lot of new things about the Amish while researching it. I think those who read it will too. More details to come.