Romain Speisser, who gave us a look at the history of the Amish in Salm (Alsace, France), returns today with a historical look at the Heftler people – and in particular an Amishman named Joseph Beller, notable as being likely the last Amish person in his area.

The name “Beiler” (seen often in Lancaster County) or its variant more common in the Midwest – “Byler” – is a fairly common surname for the Amish today. Romain explains the variation in this name below, explains the difference between “Heftler” and “Knoepfler” people, and discusses the Anabaptist presence in this corner of France. Photos are also provided by Romain.

The Hamlet of Quelle

After approaching the hamlet of Salm in Alsace (France) and its two most famous patriarchs, Kuppferschmidt and Augsburger, we now go to the hamlet of Quelle, sometimes written by Yquel and 1.11 miles further south.

Let’s take a look at Elder Joseph Beller who was probably the last Heftler (Amish) in this sector. Subsequently, his children, like all the younger Heftler generations in Alsace, became Mennonite* or even Lutherans according to mixed marriages. Originally this surname was written Beyeler and had as a starting point the surroundings of Sigriswil in the canton of Bern in Switzerland. At a time when the spelling of names was not yet fixed and changed according to the phonetics of the places where they were recorded, we find the variants Byler, Beiler, Beyler and for the French-speaking regions Beller. 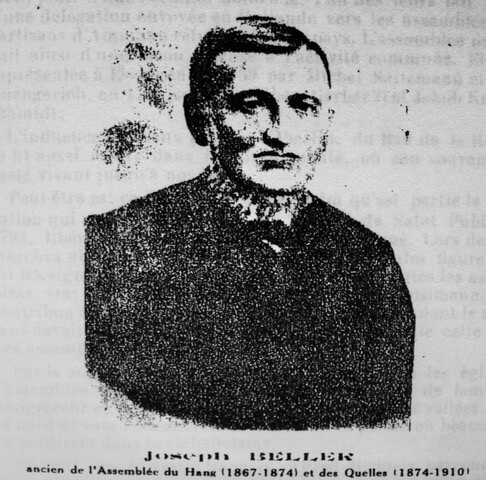 * In the German-speaking regions of Europe, the Amish were called “heftler” because their clothes were fastened with staples and the Mennonites “knoepfler” because they closed their clothes with buttons. For the term Anabaptists, we spoke of “täufer” or “wiedertäufer” which means baptizer or rebaptizers.

Joseph Beller, born in 1834 in the hamlet of Bambois, is the eldest son of Jacob and Elisabeth Scherich who have 10 children. Several of Joseph’s brothers and sisters will try their luck on the new continent, mainly in Illinois, Iowa, Ohio and Indiana. Joseph married Elisabeth Mosiman in 1862 in the hamlet of Hang. Elisabeth is none other than the daughter of Michel Mosimann who is one of the Elders of the Hang assembly and Madeleine Bacher. Joseph and Elisabeth had 5 children. 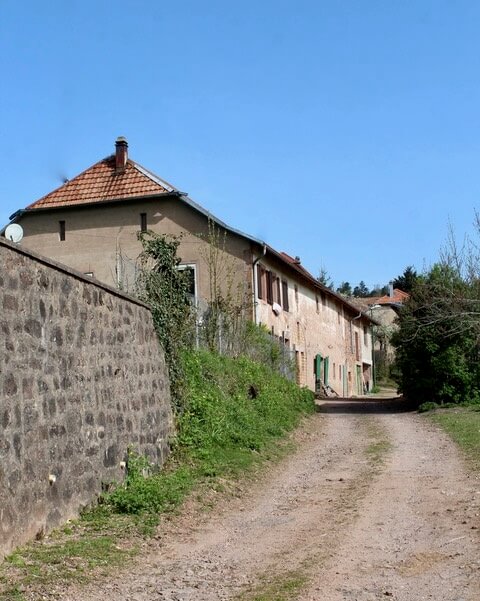 The Beller / Bacher house built in 1842 The wall in the foreground is that of the cemetery (Photo R. Speisser)

In turn, Joseph was elected Elder of the Hang assembly from 1867 to 1874. He and his family ended up settling in the hamlet of Quelle in 1874 where Joseph would once again become Elder this time of the assembly of Salm. In 1881 the assembly of Salm-Les Quelle-Bambois still had 50 souls, 3 Elders, a preacher and a deacon.

In addition to his role as Elder, Joseph Beller was the guardian of the orphans in the community and responsible for placing them with families.

Joseph was arguably the last representative of his family to be a typical Heftler. We can see through his photo that he still wears a beard without a mustache and in an article published in the Budget newspaper in 1984, Joseph’s grandson presented Leroy Beachy with the jacket of his great-grandfather – without buttons, but closed with staples. Joseph died in 1910. 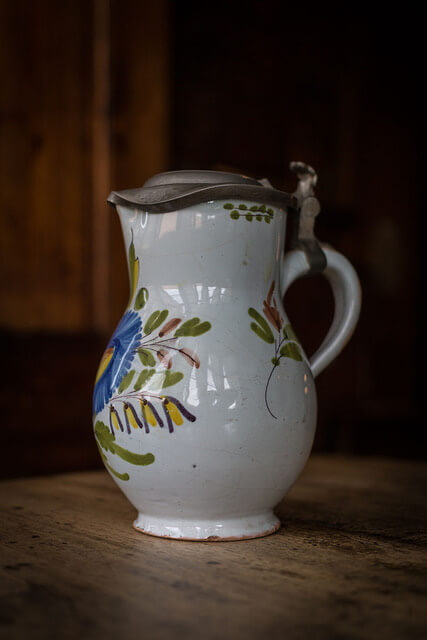 Baptismal jug used in the assembly of Salm / Les Quelle / Bambois. The jug comes from the Beller / Bacher house. Nowadays, the jug is exhibited at the Alsatian museum in Strasbourg (France)

Pierre Beller (1862-1921), the son of Joseph and Elisabeth Mosimann, took over the family home built in 1842. Pierre married Madeleine Bacher (1875-1934). Madeleine is the granddaughter of Hans Baecher who was once an elder of the Heftler community of Hang. Pierre was renowned for his knowledge of healing plants. He may have acquired his knowledge from Nicolas Augsburger.

In turn, Madeleine (1899-1964) the daughter of Pierre and Madeleine Bacher took charge of the family home. She married Christian Bacher (1904-1946) in 1927. Today, the house is still in the possession of the Bacher family.

Adjoining the Beller / Bacher house is a small cemetery which houses the remains of this family and other Anabaptist families from the hamlet. Some tombstones are reminiscent of the stelae in Salm cemetery with their characteristic “bottle” shapes and the heart motif. 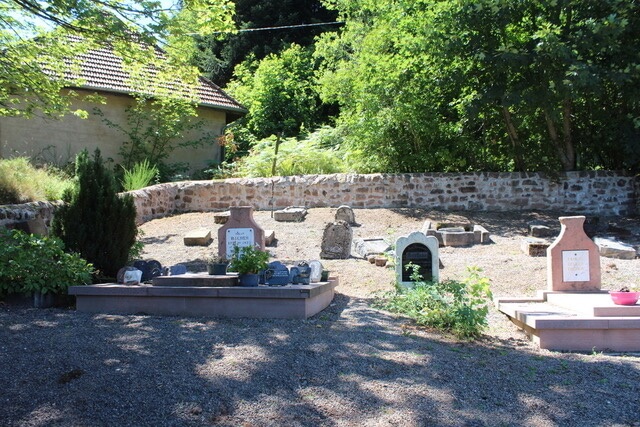 The Quelle cemetery ceded in 1975 to the municipality of La Broque on which the hamlet depends (Photo R. Speisser) 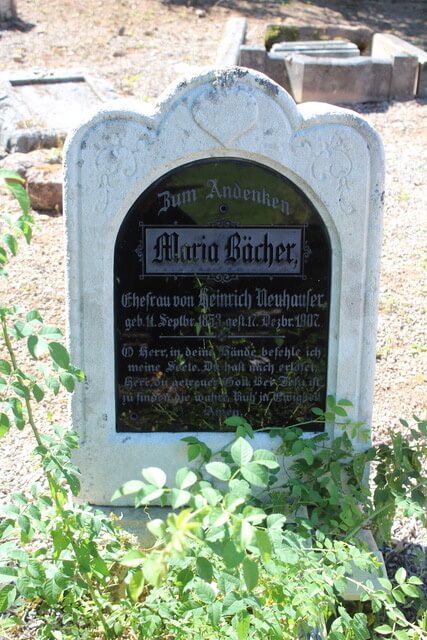 The Anabaptist families still in the area in 1950 were the following: Baecher, Gerber, Neuhauser, Lauber, Eymann, Sommer, Dellenbach and Beller. 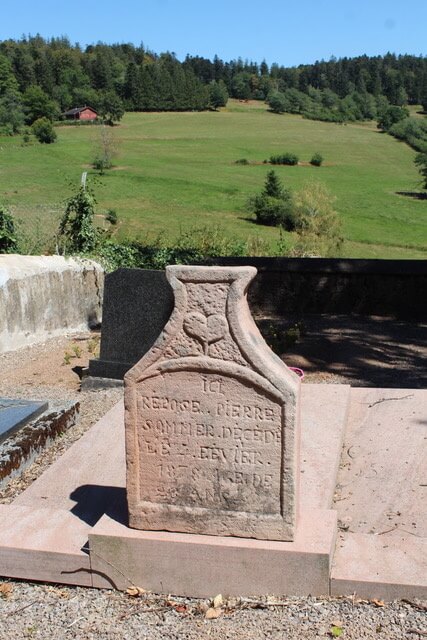 Thank you to André Nussbaumer for having sent me many documents concerning these places.

And a thank-you to Romain for sharing this piece of Amish history with us.