“Amish Atheist” certainly feels like an oxymoron. That’s what I thought when first hearing about the turn in Kenneth Copp’s life in a story four years ago. Copp originally appeared on this site even earlier than that, when he was still with the Amish and living in the Unity, Maine community. In 2013 one of our readers contributed a guest post on Unity, much of which was about Copp and his family, who ran a woodworking business in that settlement, while his wife ran a bakery. 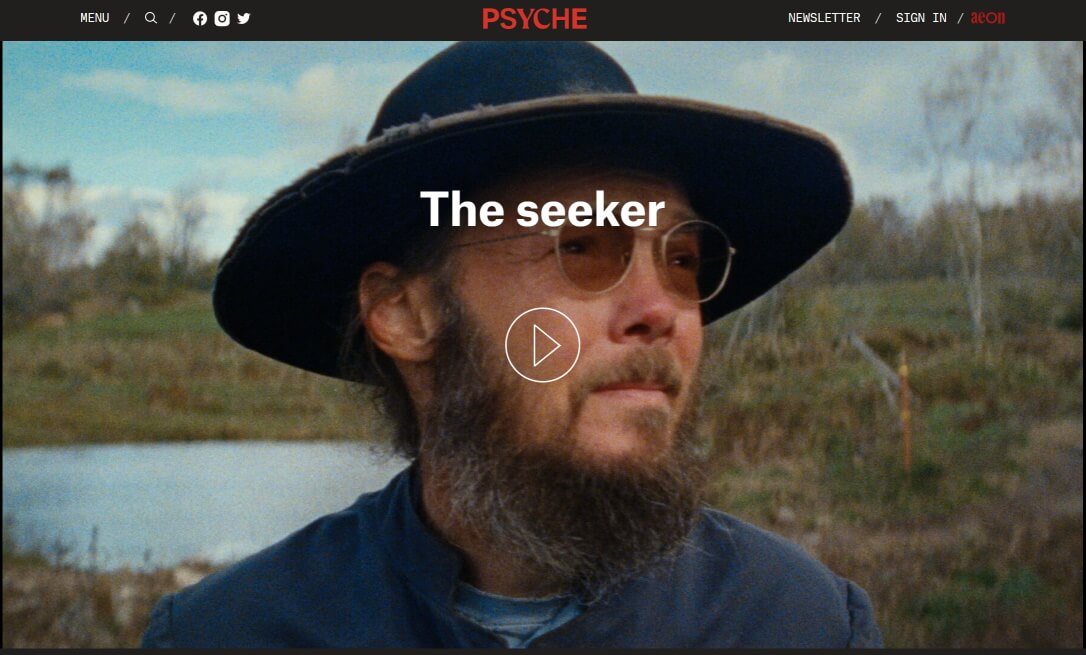 Screenshot: Kenneth Copp in “The Seeker” by Lance Edmands (via psyche.co)

Kenneth Copp has appeared on various podcasts discussing his unusual life in recent years. Now there is a 19-minute documentary titled “The Seeker”, by filmmaker Lance Edmands, telling his story. Here’s the summary via the website Psyche:

Kenneth Copp’s life has been defined – and twice upended – by his commitment to seeking the truth. Born into the Pentecostal faith in Virginia, at the age of 17 Copp became an Amish convert, favouring its ‘quiet but dedicated Christianity’ to some of the more ‘wild and ecstatic’ tenets of his parent’s denomination. After trading his pickup truck for a team of horses, he was baptised and later married into the community. Decades later, his world again irrevocably changed when, while reading the Bible with a critical eye, he discovered what he viewed as manifold contradictions and ethical problems. His faith unraveled. Excommunication from his community – including a heartbreaking split from his wife and 10 children – followed shortly after.

Kenneth Copp is called the “Amish Atheist” because he still lives – at least in part – culturally as an Amish person, but without belief in God. He explains: “When I realized that I didn’t believe in God, I still had a love for the culture. I loved this way of life. What am I supposed to do with myself? I had no desire really to give up the horse-and-buggy.”

In the film, Copp describes how he joined the Amish in Virginia, met his future wife, and ended up having 10 children. After he lost his faith, the family moved away to Pennsylvania, leaving him alone on the farm. Despite his professed love of horse-and-buggy, Copp has adopted technology, including an electric vehicle and iPhone. He seems to have transferred his spiritual zeal to the realm of environmentalism.

Copp has also found a new love interest, though he says he misses his family greatly. He reports that they visit on rare occasions. The former Amish convert consoles himself with having “the beauty of understanding truth to a far deeper degree,” which gives “a sense of purpose and contentment.”

Is this a sad story? It feels sad. I get the sense that he is troubled. However, by Copp’s own words it seems he has gained something more valuable than he lost…at least in his view. We don’t hear anything from his wife and children’s side, however. It’s hard to imagine the pain that the family has gone through. I was left wondering about their perspective. What do you think?

In contrast with its heavy subject matter, the film itself is beautifully shot, on real film (16mm), giving it a special feel that most of today’s digital productions do not have. Within the story we also get some footage of the Unity Amish community. You can find the film here.