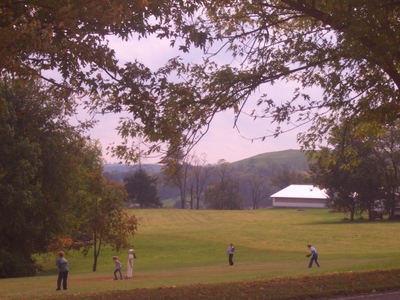 The nine-year-old daughter of my friends ‘Aden’ and ‘Elizabeth’ invited me to visit her school last Monday.  I couldn’t pass that up.  Elizabeth and I walked up a few minutes beforehand;  ‘Naomi’ was already there, so not to miss out on the half-hour of playtime before the first bell.

A vigorous game of six-square was in session when we arrived.  The kids let me join.  We played til 830, when the teacher rang for the kids to come in.

School began with a prayer in German and then two songs in English.The songs were catchy and had an uplifting spiritual message.  Elizabeth shared her songbook with me as we sat on a bench in the back of the classroom.

Elizabeth had let me know on the way up that I was to be the guest speaker of the day.  The kids got a quick lesson on Poland and learned a few words in Polish.  It went over well.  They were a well-behaved, attentive bunch.

The first subject on tap for the day was math.  The teacher summoned each grade to the front, where they sat in front of her desk and reviewed their lesson.  Meanwhile, the other grades worked diligently at their desks.  She had to hustle towards the end but finished up with the eighth graders just in time for recess.

Amish schools are simple and functional.

They generally are one or two stories, often including a basement, and have playground equipment, usually a softball diamond and swings. Bathroom facilities are outdoor, segregated by gender.

But there is no standard blueprint for the Amish school.  Steven Nolt and Thomas Meyers in ‘An Amish Patchwork’ point out some variations in Indiana schools.  They range from very austere structures, resembling glorified Amish sheds, in the ultraconservative Orange County settlement, to big brick ‘mega-schools’ among the Swiss Amish of Allen County. 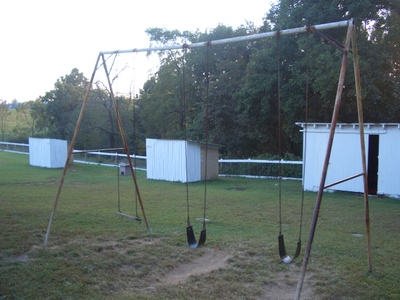 In Orange County, you will find no softball diamond, see-saw or swings outside the schools.   No telling what children there do for recess.  Tag?  Hide-and-seek?  No recess?
And why are Allen County schoolhouses about double the norm of typical ones?

Nolt and Meyers say this resulted from an arrangement with local authorities to provide bussing.  I’ve seen some of these Allen schools and they remind one more of the ‘mini-factories’ or warehouses some Amish industrialists have on their properties.  On certain issues the Amish have proven to be a very adaptive people and this is a good example of that. 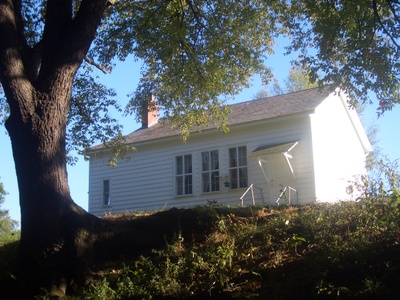 Softball was fun.  The kids play hard.  They choose different teams to prevent rivalries from developing, but they still go at it.  And there are some sluggers out there, girls and boys alike.  I got pitching duty and got pummeled.

One of my first pitches was fouled off, rocketing into the busy thoroughfare that runs past Naomi’s school.  Had a car been traveling by at that time, it would have been out a windshield.  Wonder how often that happens.

My morning ended at that, and Elizabeth and I headed home.  Amish schools generally get good marks, and if this little visit was any indication of how they usually run, I can see why.

The children were well-disciplined and the teacher maintained order as she worked through the material.  The kids get the basics and very few frills, but in Amish society, that seems to do the job pretty well.