Did you catch the eclipse?

Anyone out there in Amish America-land catch the eclipse yesterday?

I noticed a few news articles today referencing Amish and the event, such as this report or this one referencing a meeting “with some 1,200 other Amish and Mennonites on a large hill on an Amish farm.”

More than a handful of Amish communities were in the path – going by NASA’s eclipse map below and state maps found here, it looks like around 15-20 communities in Kentucky, Illinois, and Missouri, were in the direct or partial path, with maybe a few more in Tennessee, Kansas and Nebraska. 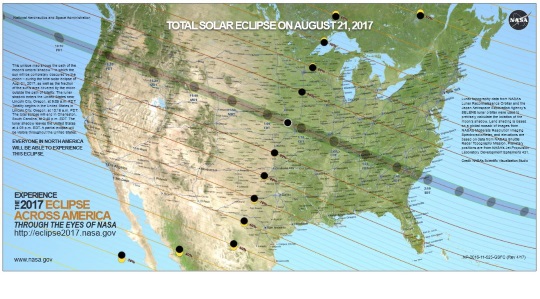 Since Amish people tend to appreciate the amazing things that happen in the natural world, I am sure there were more than a few Amish eyes to the sky in those areas yesterday.

And looking at photos of people donning what looked like 3-D movie theater shades and gazing skyward, it struck me as a remarkable event.

For one it was a phenomenon of nature, one that you needed not an app or complicated technology to enjoy, but rather just a pair of cheap plastic glasses.


Eclipses seem like something that would get a lot of buzz in an era like the 1950s, but apparently even in a smartphone virtual world we still get excited for these simple, albeit uncommon, happenings of nature. 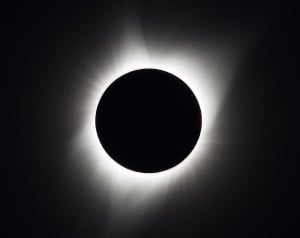 In fact, many people went well out of their way to catch the event, with flight costs to “eclipse cities” like Nashville and Charleston going for well above normal and rooms booked years in advance.

Not only that, apparently a lot of people checked out of work (with lost productivity potentially costing $700 million).

Pretty impressive for a 2-and-a-half-minute-long event (unless those are mostly people who really, really dislike their jobs).

Maybe a lot of it was the sheer rarity of the occasion. But on some level it’s nice we are still able to wonder at natural phenomena unmediated and largely unprocessed by technology. You could say it was kind of an Amish event.

The previous total solar eclipse over the continental US occurred in 1979; the next one is slated for April 2024.

So for those of you who caught the eclipse, did it live up to the hype?