Mose Gingerich on Amish: Out of Order

In today’s interview, Mose Gingerich answers questions about the National Geographic Amish: Out of Order program.  Mose shares his thoughts below on a range of topics including faith, hell, and his hopes for the series.

Amish: Out of Order is in the middle of a ten-episode run on the National Geographic Channel.  The series looks at the lives of former Amish as they deal with life in the English world.

In 2010, a similarly-named program Amish: Out of the Order aired, featuring Mose and a number of ex-Amish.  Mose grew up in a Wisconsin Amish community, and first shared his story on the Amish in the City program in 2004.   Thanks to Mose and to Kristin from National Geographic for today’s interview.

Amish America: How does this experience compare with shooting the original Amish: Out of the Order program? 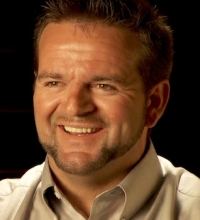 Mose Gingerich: There were a lot of similarities between the shooting of this series and the documentary “Amish: Out of the Order” we shot several years ago. You would think that would have been groundbreaking for filming Amish and ex-Amish, after they had seen that first documentary and realized that it was nothing controversial, but rather an educational film. What I found, however, was that it is and probably will always be hard to find anyone with Amish roots who is readily willing to be in the spotlight.

Why do people leave the Amish?  Are there common themes?

Mose Gingerich: I have found that the majority of Amish leave because they are tired of the strict rules and want to try a life with more freedom. There are some who feel like they have been mistreated and just want out. And there are yet others who believe they can find a better or stronger faith in God in the outside world without the ropes of a community monitoring that for them.

Are there other areas in the country like Columbia, Mo., where ex-Amish tend to gather?

Mose Gingerich: There are many areas of the United States where ex-Amish leave and try their hand in the outside world. However, to the best of my knowledge, there is only one tight-knit community like Columbia, Mo. The reason I say that is because most other communities in the more Eastern states are a lot more liberal and allow their kids who leave to still visit or even live at home with vehicles while they are exploring the world. 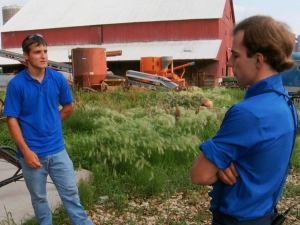 Returning home on Amish: Out of Order

This is strongly discouraged in the Midwestern states of Kentucky, Missouri, Michigan, and Wisconsin (states that Amish communities began moving into many years later).

What makes Columbia, Mo., unique in its own way is that the reason the ex-Amish find a need to form a close-knit community here is because most of them are almost completely cut off of their families. This causes them to form their own community.

There was a scene in the original program where you said you felt you were going to hell due to your decision to leave. Do you still feel that way?

From what I’ve learned and seen, there are Amish who have left and yet maintain closer relationships with their family than what seems to be true in your case. Do you have a sense of how prevalent that going-to-hell message is among all Amish?

Mose Gingerich: In my area, sad to say, a lot of the ex-Amish live and struggle with this exact fear. This fear was instilled in us from a very young age. Ever since I was old enough to listen and understand the preacher in front of church, I heard this message, both from him and my parents. If something like this has been so engrained into a child’s mind from so young an age, it only makes sense that it might take forever, if then, for it to be removed. 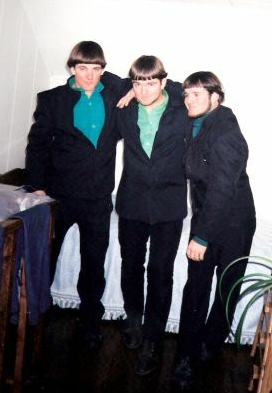 Imagine a computer, built in the factory, on which you can install all sorts of software, but every time you reset it, it goes back to factory default settings. It sometimes takes a lifetime or longer, even long after one has been saved in the outside world, for one to fully become comfortable in knowing that there is a full chance at salvation out here.

That being said, I have regretted that comment only about 1 million times, since every email and letter I get has people telling me in various ways why I am a good person, and am definitely not going to hell. I suppose without being in my shoes and having walked my walk, one can never fully grasp where I’m coming from. However, will I stumble across some very important answers for my problems in future episodes? Stay tuned.

How much does faith and God come up in the series?  One viewer noticed that episode 2 didn’t seem to have a lot of that mentioned.  From reader Eli’s comment a few weeks ago: “It wasn’t until the April 24 show was over that it dawned on me.  Through a whole hour of a girl wanting to join the Amish and taking her out and slaughtering a chicken, trying on clothes, and talking to people there was barely a mention of faith or God.  One would think that would be one of the first questions.”

You’ve helped a lot of young people that have left their Amish upbringing. Do you ever come across people whom you feel would be better returning to an Amish life?  If so what would you say to them?

Mose Gingerich: I have for many years been at a place in my life where I, like the Amish taught me, hoped that if I tried very hard all my life, there is a slight hope that I can enter the kingdom of God. However, when I left the Amish in 2002, although I still prayed quite a bit, it seemed a very long shot for me to have a chance anymore. I can say that in previous episodes, I was living on a hope and a prayer that I could make it. 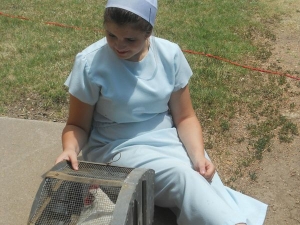 Michaela from Amish: Out of Order Episode 2

For this reason, I was uncomfortable discussing faith. These episodes therefore didn’t revolve around faith or spirituality. Speaking for Michaela, for her it starts as a social Change, but as she gets deeper in her journey the religion becomes more of a question. I don’t want to spoil anything, but if you keep watching you will see her ask questions of an Amish bishop and explore the questions of faith and God as they relate to the Amish in a later episode.

What do you hope viewers take away from the series?

Mose Gingerich: It would be hard for me to narrow it down to just one thing that I hope viewers take away from this series. The biggest and foremost, however, is HOPE and INSPIRATION! The story of so many ex-Amish including myself who wanted so badly for so many years to start a new life, and then finally, against all odds, made that leap, on a hope and prayer, has for some reason been a tremendous inspiration for so many people! I have already received countless emails from viewers who tell me how I or the series has changed their lives in a positive way forever!

People who, like myself, have been told all their lives that they are living wrong, to sit down and shut up and follow the teachings of one group or sect. Who are judged harshly and often condemned for their decision to finally break away from this past life. These people need a voice—someone who dares to stand up and tell them there is hope for them. That there is another way to find true hope, and yes, salvation, besides the one they grew up in. And most of all they just need to hear and know that they are not alone in life. That there are a lot of us who are walking in those exact shoes and we are all recovering from the aftermath of an unhappy past.

My goal going into this series was that if I can help to influence just one life, then all of it was worth it. I am very happy to announce that that one person has been multiplied many, many times! Would I do another season? Who knows? What is there to say that this series has not already said? I feel like I accomplished my mission. However, there are a lot more people out there to reach, so stay tuned!

Amish: Out of Order premieres new episodes each Tuesday at 10 pm on The National Geographic Channel.  Tonight’s episode will be the 6th in the series.