Amish in the St. Ignatius community in western Montana recently chipped in to support their local ambulance service, holding an auction to raise badly-needed funds. 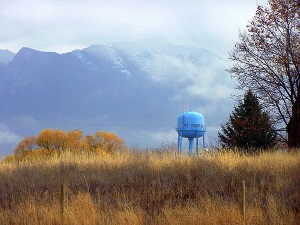 Local Amish have not really used the service, but realize the importance of supporting it. From valleyjournal.net:

One might think that because the Amish don’t drive cars that they wanted to help the ambulance service to make sure they can get to the hospital if they need it — but that’s not the case.

Auction Coordinator Ed Beachy said that luckily the Amish haven’t really needed to use the ambulance service, but as members of the community, they can see that the service is in need and they want to help.

“The better service they can provide, the better it is for everyone,” he said.

Beachy said that the way the ambulance service is organized doesn’t make much sense to him.

“All that they do and all the hours that they put in, they should get paid,” he said of volunteers. “They should be paid like policemen.”

While some ambulance services are paid, the Mission Valley Ambulance service gets about 400 calls a year, which only qualifies them as a volunteer service.

Amish may consider themselves “in the world but not of it,” but that doesn’t preclude participating in civic life and other interaction with their non-Amish neighbors.

Another example of Amish supporting civic institutions can be seen in places like Lancaster County and New York state where Amish people serve in their local volunteer fire departments.

Montana Amish communities are all small, though the St. Ignatius settlement has two church districts.

Beachy estimates the donation to the ambulance service to be around $10,000 (half of the proceeds go to Western Anabaptist Mission Services, which does work like building homes for the needy).

The community also holds a second auction in July which benefits their parochial school, featuring hundreds of quilts among other items.