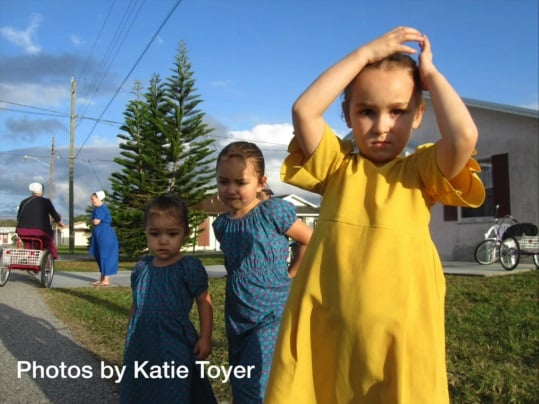 “Maybe one each season says ‘don’t take any pictures'”.

That’s friend of the blog Katie Troyer answering a question she’s no doubt heard before.

You can see Katie and hear her discuss her passion in a new video (below). 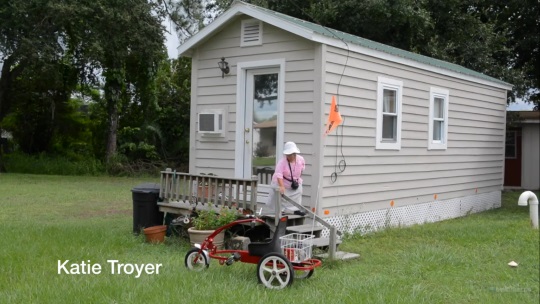 You may have enjoyed Katie’s photos at various places on the web (and even offline – I have a calendar featuring her work on my wall at home).

You might also remember Katie from bonus videos attached to the “Amish: Shunned” film by PBS earlier this year. 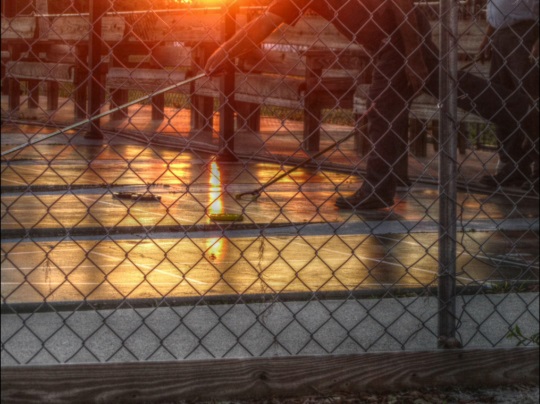 I learned some things I didn’t know about Katie from this Sarasota Herald-Tribune video and article–on her background, and about one sister who might have just as interesting a story:

[Katie] was born Amish in Ohio, one of 12 children. She has a younger sister, Edna, who is also a little person and was always more determined than Katie to prove she belonged. Edna, at 3-foot-7, drives a modified Harley Davidson and is a member of a Christian motorcycle group. Katie’s a little more reserved — she’s content tooling around the ‘hood on her red tricycle.

At 44, she left the Amish and became Mennonite. She left that faith after discovering she was worshipping church more than God. She lived in Ohio, Canada, New York and Tennessee before eventually settling in Pinecraft in 2002. 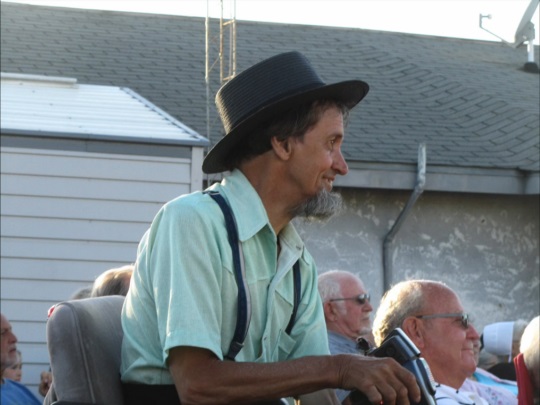 Katie’s photography has gotten attention, and in ways you might not expect 🙂 :

Troyer’s photographs have become so popular that she now sells postcards, books and calendars inside Yoder’s Restaurant. Last year she sold over 1,500 postcards. Some of the Amish even follow her around like spies, secretly trying to sneak into her shots.

“I was not prepared for the impact these pictures would have,” she says.

She often sits on her bike on the corner of Bahia Vista Street and Kaufman Avenue with her camera around her waist. She pretends she is on her cell phone, but she is really searching for new people and objects to photograph.

Through her camera, Katie “discovered she belonged”.

“It’s home, it feels like home, it’s the first place I ever felt at home,” she explains about her adopted Pinecraft. “And I hope to stay the rest of my life.”

You can’t put a price on that.