How are Amish dealing with the recession? 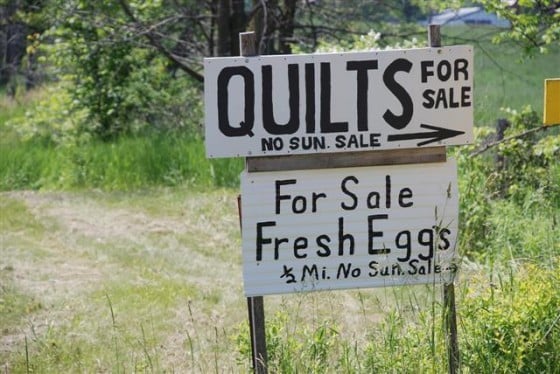 A quilt business sign in a Michigan Amish community

Technically, I believe we are not in a recession anymore (though try telling that to any of the 10%+ unemployed, or those that have simply given up looking for a job and are no longer counted in that statistic;  on that count it looks like the new buzzword to describe the current situation is “human recession”), but I just read a story about how Amish businesses are also impacted by tougher economic times.

The piece looks at a New York Amish furniture store, and basically makes the point that a combination of higher input costs for producers, and consumers with less in their pockets, have caused a slowdown in business.

The general slowdown in the furniture and building industries has been going on for awhile, and Amish businesses on the whole do not enjoy the boom times they once did.

Yet still you see examples of Amish entrepreneurs doing quite well, and business failures remain infrequent. Last summer, with unemployment reaching new highs month after month, I caught up with a furniture maker friend in Ohio, who appears in my book under the name ‘Alvin Hershberger’.  Alvin claimed that his business was on fire.

Well, not literally, but orders were apparently pouring through the doors.  Alvin is an example of a fairly aggressive and marketing-savvy entrepreneur, and I know his approach probably has helped him, as well as his focus on making the most of high-impact sales venues such as trade shows.  His furniture is well-made and high-quality, but does not occupy the high end of the market (as opposed to that of some other furniture makers in his area). 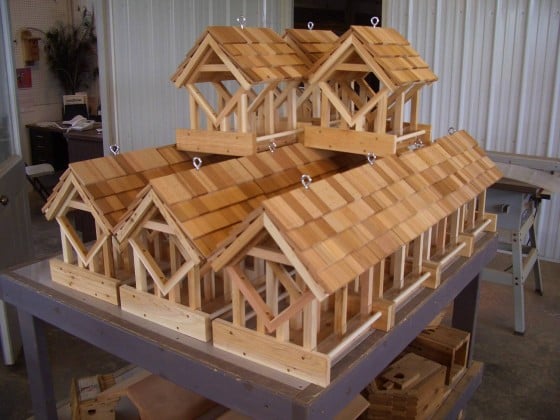 I spoke with a Pennsylvania Amish builder friend recently who also appears in my book. He shared that his business has begun picking up lately, and had even landed a couple of new construction projects (previously he had been focusing solely on remodeling–with the smaller financial outlay involved, remodel work is typically more common than new home construction in tougher economic times).

Trying to get a feel for whether he is an outlier or not, but it seems that things may be looking up a bit, at least going by this anecdote and his impression of the industry.  He seems a lot more optimistic than one year, or even half a year ago.

Another Amish friend and business owner I also spoke with recently is in a business that’s maybe not quite recession-proof, but close.  He sells Plain clothing, not just to Amish but to Old Order Mennonites, Hutterites, and even Orthodox Jews.  He is apparently coming off of his best year ever and was excited to talk to me (and vice versa of course!). 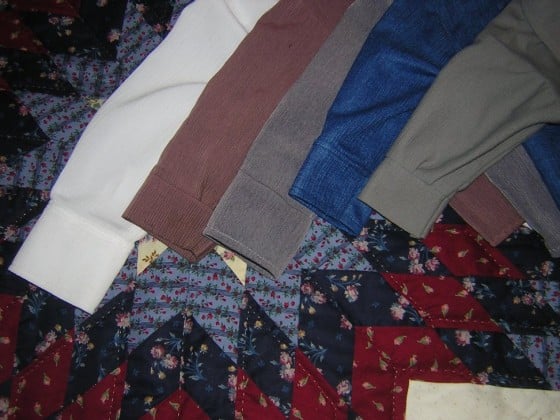 His is an example of what Kraybill and Nolt call a “segregated” business, one which deals primarily within his own culture (versus an “integrated” enterprise, such as furniture or market stands, which are typically more closely tied to the outside non-Amish economy).

With the number of Plain bodies that need well-fitting clothing increasing from year to year (and with those bodies themselves continuing to grow), providing Plain clothing is definitely what you might call a “growth” business.

On the whole, some Amish businesses are having a harder time of it than others, but since Amish firms typically do not carry high levels of debt, and tend to have low operating costs, they are often better-positioned to ride out tough economic times like the ones we are experiencing now.