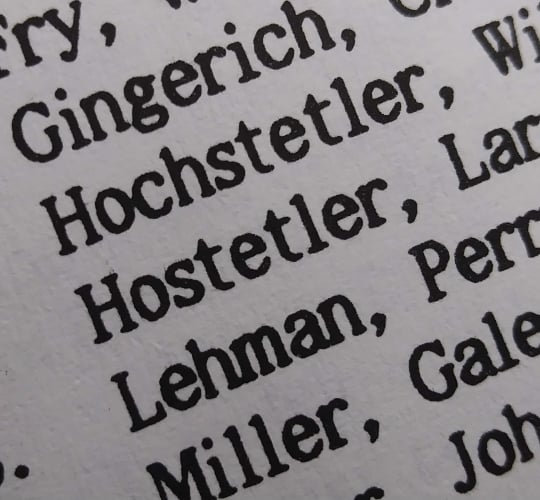 The following histories are from the Family Life series “Amish and Mennonite Family Names” by Joseph Stoll, which ran from December 1968 to March 1969. I’ve added my own comments in some places in italics.

Thanks for your suggestions so far on names to cover. I’ll keep taking those into account for any future editions of this series.

1. Yoder – An old, Swiss family of the canton of Bern. According to recent research, the Yoders were a Bernese clan found at the edge of the Oberland as early as the 1100s.

The name Yoder is evidently derived from the Christian name “Theodore”. Saint Theodore, a missionary in the Swiss Alps in the Middle Ages, has become known as St. Yoder. The Swiss almanac still lists St. Joder’s Day (August 16). It is believed possible that a family who admired and worshipped St. Joder, adopted his name as their family name. 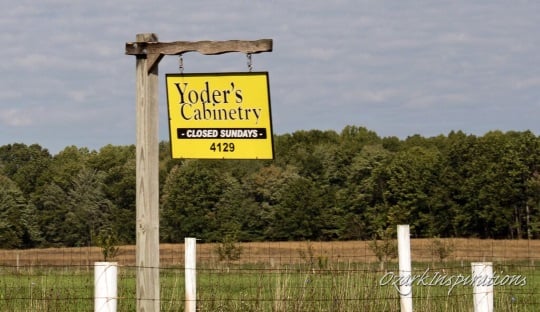 In 1531 one Heini Joder was imprisoned at Basel as one of those defiantly spreading Anabaptist doctrine. The Bern records show that other Joders became Anabaptists in the 17th century.

A number of Yoders migrated to America, which accounts for the large number of Amish and Mennonites by that name. The name is second only to Miller.

So are there more Amish Yoders than Stoltzfuses? That’s the only other Amish name that I might think could vie for the #2 spot after Miller. But if including Mennonites with each surname as Stoll appears to do here, that might put Yoder ahead.

2. Schrock (Shrock) – The bearers of this common Amish name are the descendants of a number of immigrants. In Switzerland the name was spelled Schrag or Schraag. 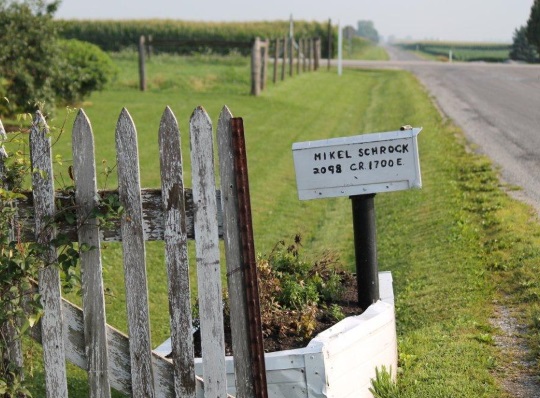 Casper Schrag (born about 1745) came from Switzerland and settled in Somerset County, Penna. His son, Peter Schrock, was a well-known Amish minister of Wayne County, Ohio. He died while preaching a sermon in a barn in 1846.

3. Fisher – One of the ancestors of this numerous family was Christopher Fischer who came from Rotterdam, Holland to America in 1750. He lived a while at Germantown, Pennsylvania and then joined the pioneer Amish Mennonite colony in the Oley Valley of Berks County, PA. Still later he moved again to Chester County, PA, near Malvern. 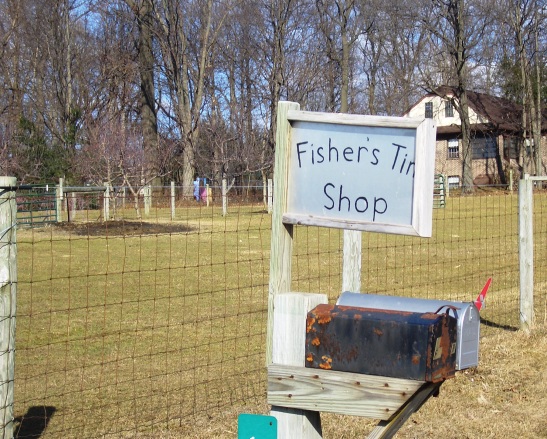 Later generations found their way to Lancaster County, where most of the Amish Fishers are found today.

Fishers would also be found in other Lancaster-connected communities, such as in Christian County, KY, Charlotte County, VA, or Parke County, IN.

4. Stutzman – As early as 1711 Christian Stutzman and family left the shelter of Holland (to where they had fled from Switzerland), and sailed for America. Some years later, in 1727, John Jacob Stutzman landed in Philadelphia, and from him most of today’s Amish Stutzmans are descended. The grandson of John Jacob, Christian by name, married Barbara Hochstetler, the daughter of Jacob Hochstetler of the Indian Massacre. 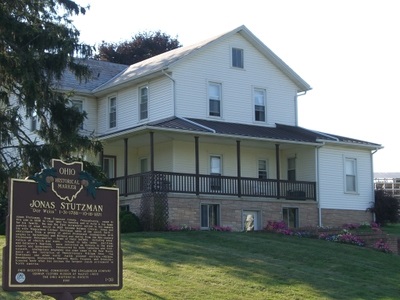 The descendants of this couple, Christian Stutzman and Barbara Hochstetler, are listed in one of the biggest family  genealogies on the market today. The book contains over 15,000 entries and was compiled in 1912 by Harvey Hochstetler.

The historical plaque in the photo above commemorates the Jonas Stutzman homestead. This unusual man, with the nickname “White” or “Der Weiss”,  was the first Amish settler in what would become the Holmes County community.

5. Wagler – The Waglers came from Lorraine, France to Canada in the 1840s. In Europe they lived in the area near Colmar and Mulheim. John S. Wagler came to Waterloo County, Ontario in 1845 as a young unmarried man of 25. Three years later his father, Bishop Christian Wagler, and two of his brothers also came to Canada.

The above John S. Wagler was ordained a deacon in 1852, and in 1871 he moved with his family to Daviess County, Indiana to the new settlement there. The reason for moving was to seek a warmer climate; John was a small frail man who did not like the Canadian winters. The Waglers in the U.S.A. (and now some in Canada, also) are descendants of this John and his wife Magdalena Christner (born in Germany in 1831. 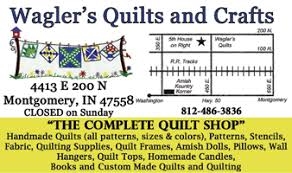 Among the Amish of Daviess County, Indiana, Wagler might be the most common surname today. But it is rarely seen elsewhere – with some exceptions including the Ontario communities at Milverton and Aylmer.