Here’s Elam Stoltzfus with part 2 of 4 of his Rediscovering the Ausbund series, originally published in Plain Values magazine. If you missed part 1, find that here. All photos here are by Elam.

My father Elmer was an Ausbund song leader. When we met for church, he would lead the Amish congregation in song, starting slowly, rolling out the syllables written in German gothic script. I could feel the music vibrations on the wooden bench, as I held the thick song book steady for Dad. As I would look up to observe Dad’s face, I would see the underside of his black beard,  and watch his lips sound out the German lyrics. I looked around at the congregation, and I was fascinated by the peaceful faces of the brothers and sisters of faith as they worshipped in song. It was in those moments that the tunes and lyrics of the Ausbund became indelibly imprinted in my memory.

In June 2018, Nic and I flew to Germany, doing research for the coffee table book German Lutherans to Pennsylvania Amish: The Stoltzfus Family Story. Although this was the main focus of the trip, I had also made time to visit Passau, where 52 of the songs were composed in the prison castle in the 1500s. 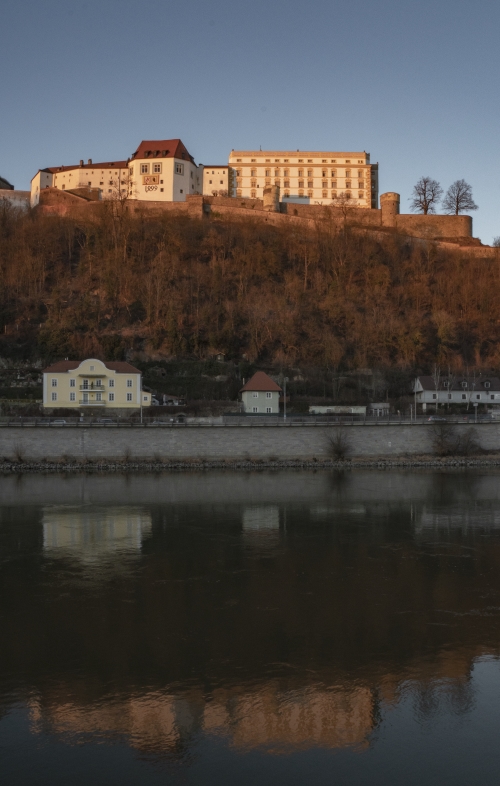 Before we traveled to Germany, I sent an e-mail to Eva Sattlegger, curator at Oberhausmuseum, requesting a visit. In the e-mail I mentioned that I’m from Anabaptist descent, and I understood that in 1535 a group of Anabaptist were held in the dungeon. While there, they composed a collection of hymns that are featured in the Ausbund Hymnal, currently still in use by the Amish in America and Canada.  When I heard back from Eva, she said, “Sure come on over, I’ll show you around”.

The Veste Oberhaus Castle is the signature icon of Passau, the “City of Three Rivers.” The castle sits up high on the hill, overlooking the city and the rivers below—the Danube, the Inn, and the Ilz. Every year thousands of visitors travel to the 13th century hilltop fortress and museum. 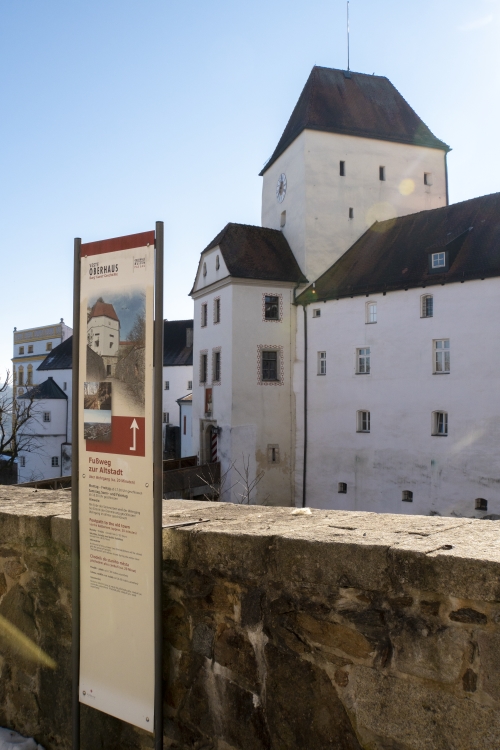 The old town below is known for its baroque architecture, unique charm, which includes the St. Stephen’s Cathedral Catholic church, with its distinctive onion dome towers and a largest pipe organ in the world with 17,974 pipes.

On the second day of our time in Passau, Nic and I climbed up the steep hillside walkway to the castle to meet Eva at the castle. When we reached the top, we admired the view of the historic city. The large Catholic Church—St. Stephen’s Cathedral—was particularly striking, with its ornate Baroque architecture and onion-dome towers. 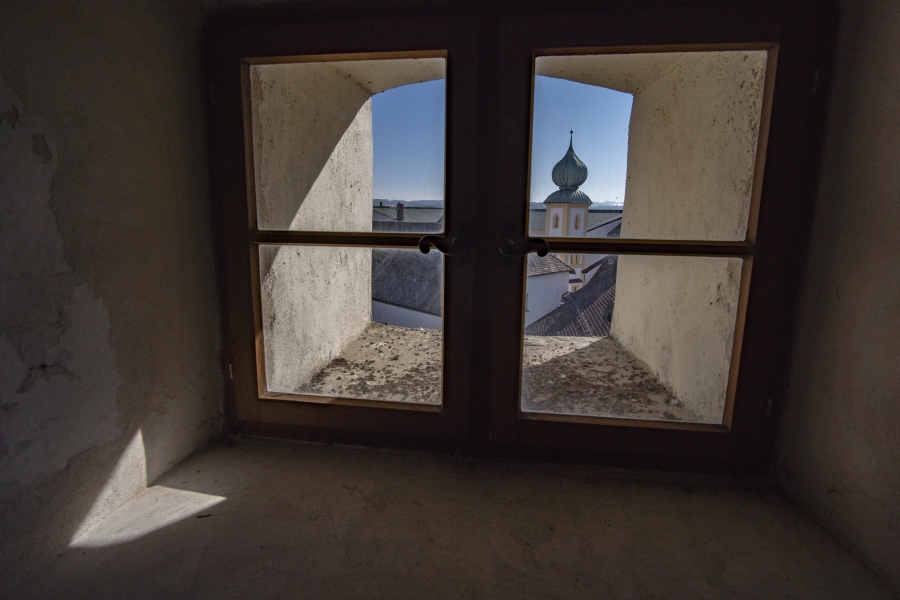 Eva was glad to meet us and took us on a tour of the castle. Towards the end of the tour, she took us to the dungeon where they thought the Anabaptists were held captive. We followed her as she opened a creaky old metal door from the courtyard, went down stone steps of a tight winding stairway, through low dark door-ways, and entered a small stone-lined dungeon. 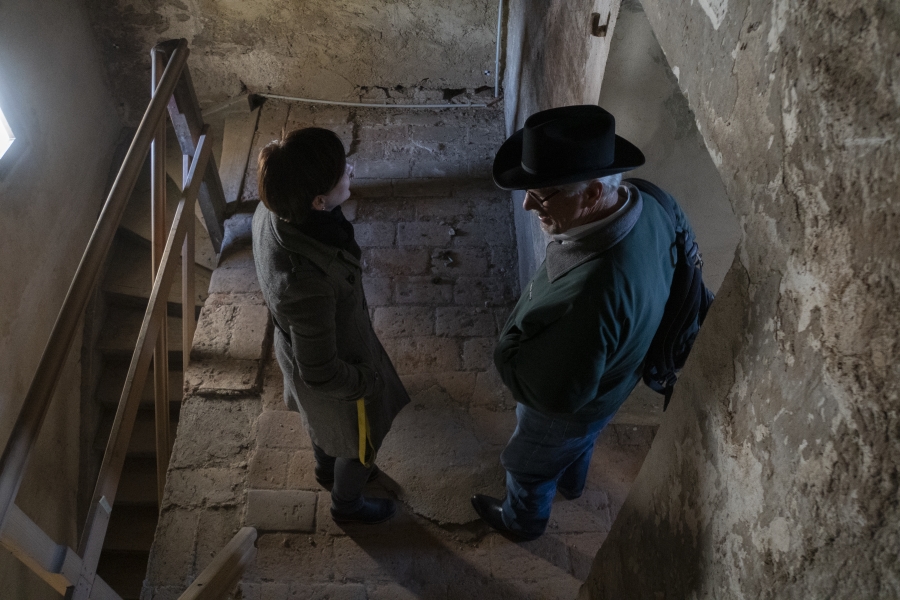 The dark dungeon room measured about twenty five by twenty five feet with two other cellar style rooms attached to it, and it had the feeling of an ancient cellar. I tried to imagine what it was like for the captives: long days filled with anxiety from missing their family and church members and fear of death by execution or being burned at the stake. The food was lacking, and the room was small and packed. However, despite these trials, the group composed 52 hymns. They were songs of worship and encouragement; a chance to share their experiences and reminders to remain faithful to their beliefs. 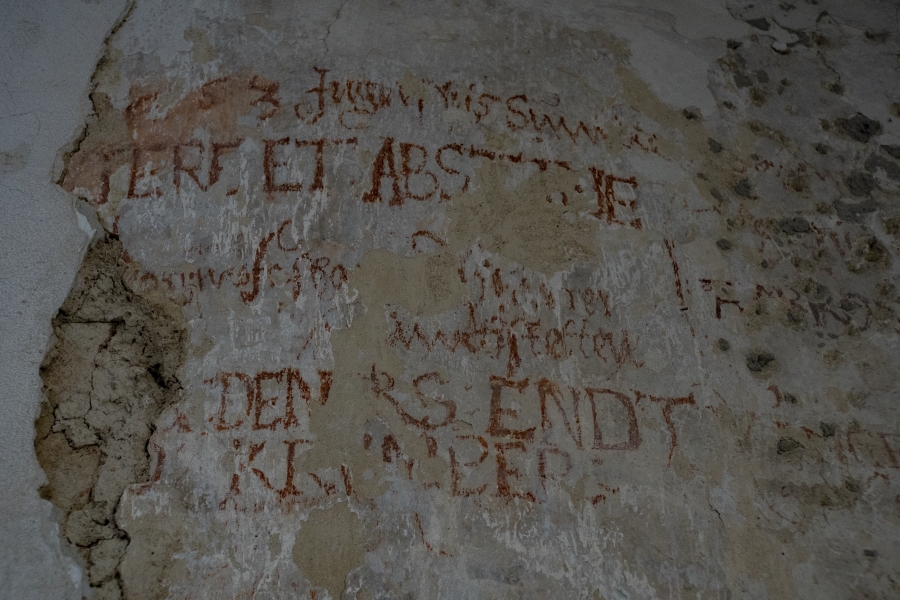 Ausbund (a selection) – Das ist etliche schöne Christenliche Lieder, is the oldest Anabaptist hymnal in continuous use. Not only is it used by the Old Order Amish, but also by other Anabaptists groups. The first Ausbund printed in the present-day United States was in 1742 in Germantown, Pennsylvania. From 1922 to 2017, over 350,000 Ausbund hymnals were printed in the United States, and it is currently on its 63rd edition of printing. 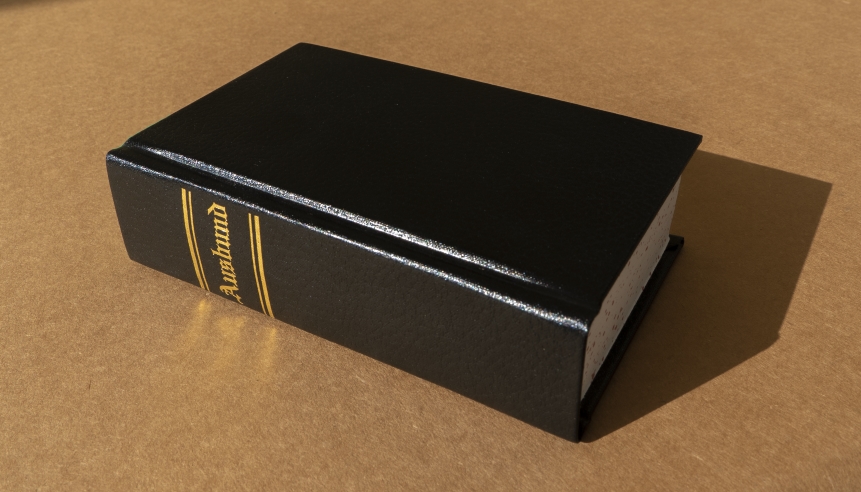 Unlike other hymn books, it does not contain any notes, but the songs are memorized and passed down from generation to generation. These collections of songs composed in the 1500s are not only intended for worship. They also include lyrics that speak of tragedy and are poetic renderings reflecting pain, rejoicing, and messages that encourage the singer to remain steadfast in the faith of our forefathers. The poetry, lyrics and music is an expression of a deep religious belief and sacrificial devotion of Anabaptist believers.

Eva appreciated what I shared with her: I was the first person she had met that had firsthand knowledge about the use and history of the Ausbund among the Amish in America.

She then told me that there was a researcher at Passau University who was digging around for more information on the Ausbund and how it was written. She promised to put me in touch with him. Little did I know at that time how connecting with André Rottgeri would forever change what we know about the Ausbund and its history.