Do The Amish Practice Communism?

Writing in to the Finger Lakes Times in early December, a reader made the following claim as part of a review of communism and socialism through history:

Last week a reader named Ivan Martin responded to this claim of the Amish as communists. Here is the most relevant bit:

But the real zinger is the claim that the Amish “practice a true form of communism right here in the USA!” This is blatantly false. For the record, the Amish may live in localized communities, but they do not live communally. The church and its elders neither manage nor dictate any aspect of their economic activities. They are tax-paying citizens of the USA, and their properties are owned individually, not by the church.

They are a Bible-based, freedom-loving culture that is committed to personal integrity, a strong work ethic, and personal responsibility. When they encounter true community needs, they are willing to help, but it will not be with much fanfare and at their own discretion, rather than by political edict. They generally resent the rapacious, stifling fiscal policies of the unaccountable politicians and petty bureaucrats.

From time to time I have heard claims similar to the first writer’s. Where do such claims come from? And are there any elements of Amish society that suggest communism?

Do the Amish equal communism?

I came up with several reasons why some observers might describe the Amish as “communist”. For one this might be due to the association of the Amish with church community, and their well-known collective work events like the community barn-raising and other work frolics. A community of people of similar appearance dressing alike in drab clothing may also call to mind pictures of communist societies of past eras. 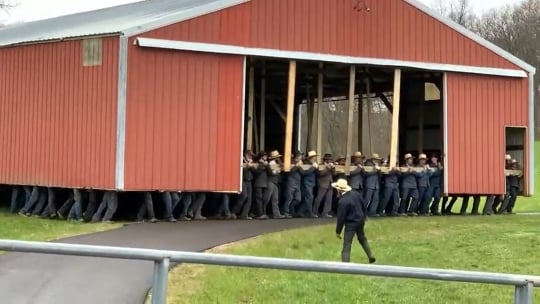 What about actually owning goods in common? Among the few cases that might qualify would be the church owning their benches and related implements used for bimonthly service. Schools and cemeteries, which are common areas used by all or nearly all Amish in a community, are handled differently. Amish people own their homes, buggies, land, animals, tools, businesses, and all other private possessions. So the church owning benches, a wagon, and cups and some silverware is hardly a significant example of communal ownership. 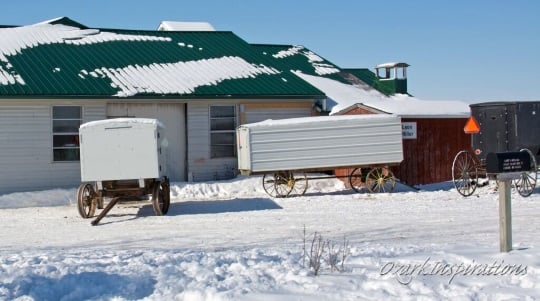 Amish do informally “pass the hat”, collecting alms at church service to help support members of the church who have medical needs or face disaster, so this might be seen by some as leaning in a direction of “communism”. Unlike in historical examples of communism, this is not coerced or forcibly taken however, and is meant to be done in a spirit of Christian aid.

Another aspect that might be perceived as reminiscent to some of “communism” is the practice of trusteeship which comes into play when a household is facing business and financial difficulty. For example in cases where a business is in dire straits, three members of the community may be chosen to manage the company’s finances, along with legal power of attorney. But this is meant to be a temporary assistance and not a permanent state of affairs, and is not an especially common situation. 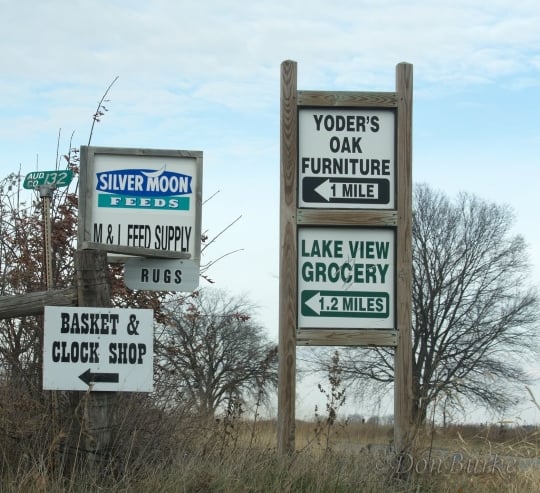 If you observe the flourishing of entrepreneurial activity in nearly every Amish community – some of it quite competitive – and understand that every household has its own bills to pay and affairs to manage, the idea of “Amish communists” loses credibility pretty quickly.

What about the Hutterites?

In his letter, Martin instead points to the Hutterites as an example of religious communism. I can’t speak for any Hutterites, but I suppose some might prefer to avoid the loaded term “communism” in describing how they live. When I asked Manitoba Hutterite Linda Maendel about this, she rather discussed “living communally” and a community of goods.

So there might be other aspects of Amish life that I’ve not thought of in composing this post, but I would say that Ivan Martin’s claim, in refutation of the first writer’s claim of the Amish as “true” communists, is by far the more accurate of the two.