Here’s a neat story of friendship that started when a fifth-grade teacher in Pennsylvania came across a balloon released several days earlier by an Amish girl in Ohio. 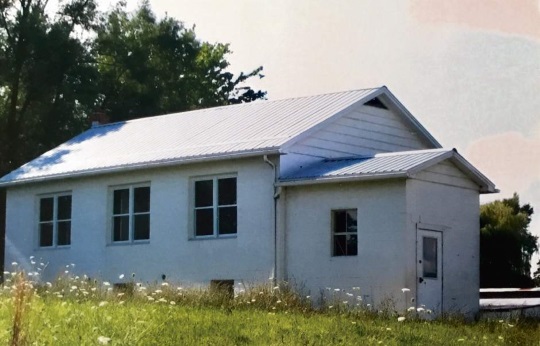 A deflated and tattered orange helium balloon landed in the Leechburg backyard of the Young family on April 20 of that same year.

“It was not easy to read,” recalls Debbi Young, who was teaching fifth grade math at David Leech Elementary at the time and now teaches sixth grade at Leechburg Area High School. “My husband found the balloon and put two and two together and thought (Young and her class) could figure it out.”

The balloon’s condition was deteriorated, but Young was able to make out an address by holding the balloon up to super bright lights. She deciphered the following message on the balloon for her class:

I go to Valley View School 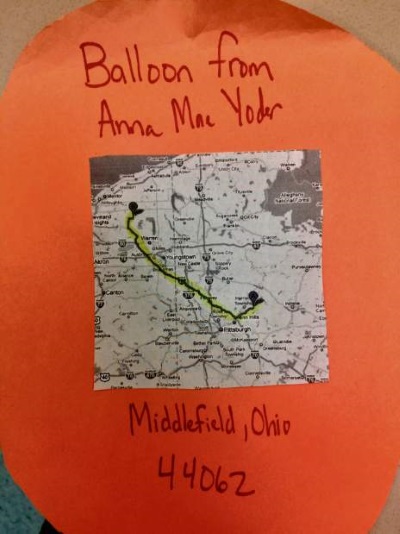 Young’s class wrote to Anna Mae, who it turns out was from Middlefield (Geauga County community) setting off a letter exchange which lasted the rest of the year:

Yoder wrote back to Young’s class within two weeks. Her note featured neat penmanship on Winnie-the-Pooh stationery and highlighted the fact that she was from an Amish family and was one of 10 siblings.

In her letter, Yoder explained her goal of becoming a teacher, her fondness for reading, cats and eating turkey. She also explained that as an Amish girl, she did not attend basketball games, one of the questions posed by Leechburg students. 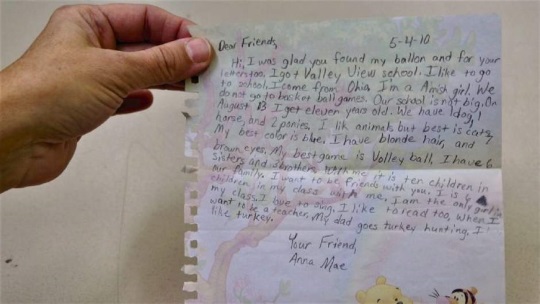 Later while on vacation with his family, a student of Young’s named Abe Gibson stopped by Anna Mae’s home.

The Yoders welcomed Abe and his family, and now they visit annually. They have become good friends, with Abe even being invited to Anna Mae’s sister’s wedding.


Anna Mae has since become a teacher, and also works on a pickle factory assembly line. Both sides treasure the friendship:

“It has been very special,” she says. “I don’t know how to explain how great it’s been. It is amazing how it all started with a balloon.”

If you’ve ever wanted an Amish pen friend, I suppose this is one way to go about it…though the balloon release method will be more effective for Amish seeking English pen pals, than vice versa. 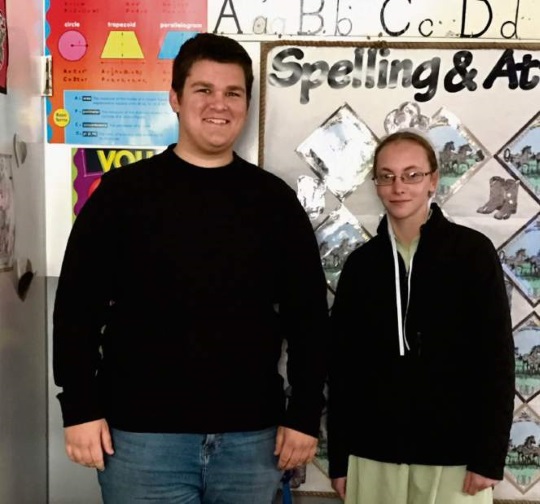 In any case, a nice tale about how special connections can come from random places. The Trib Live article also has a video on the story.

Amish in the news

Some other recent stories involving Amish worth checking out:

Dennis Yoder is building a barn and home in Presque Isle, Maine. The Amishman is a nephew of Noah Yoder, who you might remember as the founder of the Fort Fairfield community in Aroostook County, ME. This article shares a nice interview with Dennis about his plans.

There have been 23 fatalities due to horse-and-buggy accidents in Pennsylvania since 2007.

The AP reports on a horse auction in Harrisburg which draws Amish from around the country. The highest-priced horse went for $25,000 and carries the colorful name Watersedge Flash Impressive. About 85% of the buyers and sellers at the event are Amish: 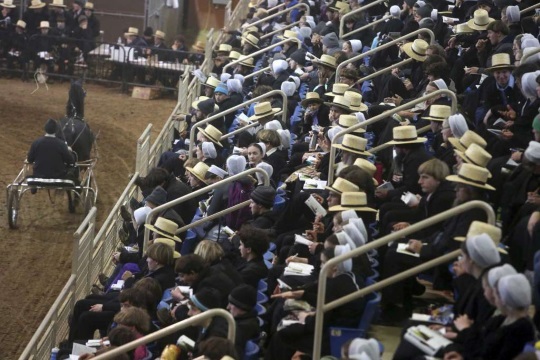 A rabbi writes about technology and faith after a visit to the Amish in PA.

The Philadelphia Eagles won the Super Bowl last night. A reader shared the photo below via Instagram. Amish youth (and some adults) do follow football, and Lancaster County is definitely Iggles Country: 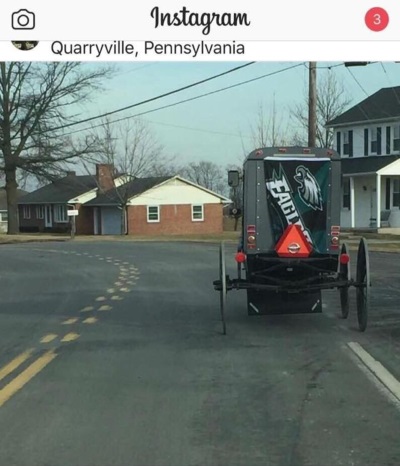