Why Amish schoolkids are on half-days this week 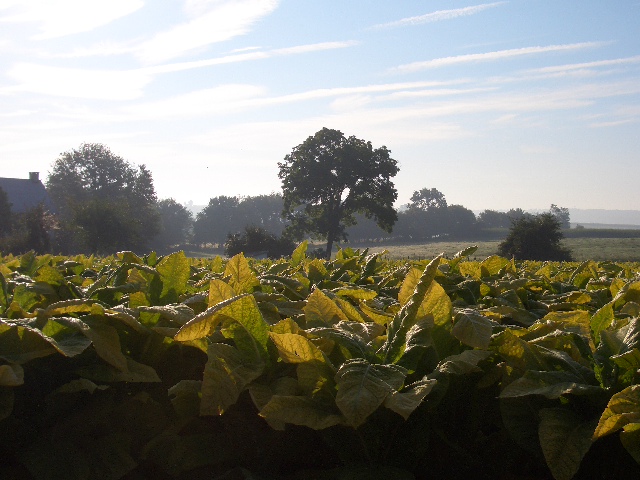 Today is the first day of school for the Lancaster County Amish kids.  Despite the rise of small-enterprise in the settlement, the Lancaster County Amish are still highly ag-oriented and the school schedule reflects that.  Today commences a week of half-days for all children.  Next week will be full-schedule for everyone except the seventh and eighth graders, who will remain on the half-day schedule til the following week.

Corn is coming in;  so is tobacco, and extra hands, big and little, are needed.  Amish farming remains highly labor-intensive despite the adoption of some labor-saving devices in many communities.

One of those devices is the square-baler.  This neat machine, hauled by a team of mules, scoops up chopped hay from the fields, packs it into a neat rectangle, ties it tight with string, and shoots it out into the wagon connected to the back.  Voila! 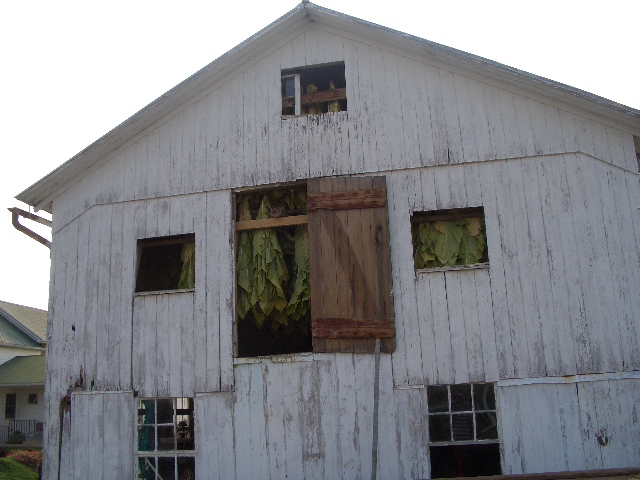 I had a chance to test one of these things out last weekend at my friend Daniel’s farm.  The guys riding on the wagon, in this case me and Daniel’s son Tim, have to catch and stack the bales into a growing mound.  The trick is keeping your balance and maneuvering the heavy bales as the wagon starts to fill up.

These guys are pretty hard core when it comes to getting the hay in.  They mentioned an instance earlier in the summer where they went until 2 in the morning.  Daniel apparently didn’t sleep that night and just went straight into the 4 a.m. milking.  The men come made from steel in these parts. 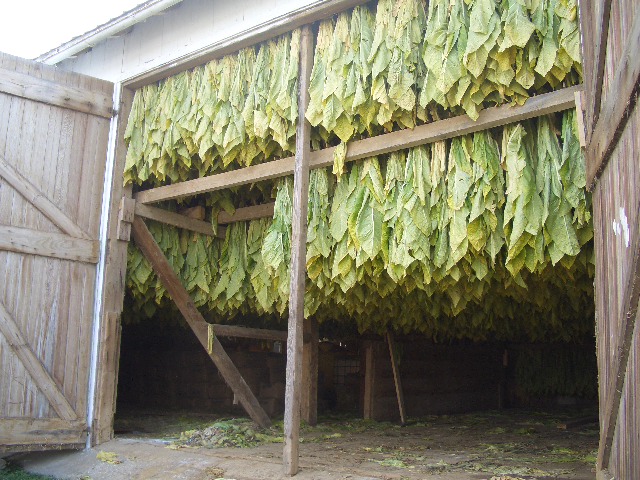 On our evening with the baler we were out until past 9.  The full moon helped quite a bit.  We would have gone on a good while longer but it turned out that some of the hay wasn’t dry enough yet.  I’d like to take this moment to thank God for the damp hay (cleverly, I had worn shorts to this little hay exercise, and my lower legs were simply searing from the hay itch.  Amish pants may look stuffy but there’s a reason they wear them).

Explaining the situation to my urban-oriented ears, Daniel pointed out that if you let the hay get rained on (in this case, actually a hay-alfalfa mix), it loses some of its nutritional value–I believe he mentioned protein in the alfalfa.  Daniel said that farmland is just too expensive around here to let any nutrients seep out.

I also had a chance to hang some tobacco last weekend in Daniel’s barn.  This involved hoisting the lathes, each one loaded with five massive tobacco stems, from the wagon on up to Daniel, who stood spread-legged on two beams just above.  These guys are practically having a festival celebration at the size of the tobacco this year.  Apparently it’s the biggest ever.  It’s taller than I am, and I’m a hair over six feet.  That makes for a lot of backy.

We were working at the beginner’s level, as Daniel pointed out the trickier, much higher section up by the angled roof.  That involves balancing on a single beam, as another guy balanced below you passes it up from the man at the bottom.  Amish farmers would make good circus tightrope-walkers.