Do Amish restrict technology for the sake of suffering?

Amish use of technology often puzzles outsiders.  This is exacerbated when observers see Amish using a piece of technology that doesn’t seem to fit their notion of what the Amish should be.

Simply put, people are disappointed when they discover the Amish aren’t as “Amish” as they expected, due to the technologies they allow.  Sometimes this leads to accusations that Amish have “betrayed their roots” or some similar sentiment. 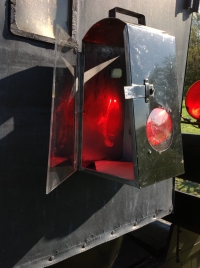 Solar panels, phones, manufacturing equipment, even basic battery-powered implements such as lights are all common-enough technologies used by Amish that can trigger this response.

In this thinking, push mowers are “Amish”; engine-driven ones are not.  Outhouses fit the bill while in-home plumbing fails.  Likewise homemade clothing vs. the machine-manufactured store-bought kind.

While it’s true that some Amish themselves feel other Amish have permitted too much technology, the outsiders who cast accusations of hypocrisy more often than not misunderstand the motivation for Amish restrictions on technology.

I recently read one of the best explanations addressing this topic in a 1990 paper in the Law and Society Review.  The paper is entitled “Managing Ideologies: Harmony as Ideology in Amish and Japanese Societies”, co-authored by Robert L. Kidder and John A. Hostetler.  The excerpts below cover key points (you can read the paper in full at JSTOR):

Outsiders usually assume that the Amish reject modern technological “comforts” as a kind of religious asceticism in the same way that monastics take vows of silence, poverty, and sleep on hard beds.  Such monastic asceticism is a way of purging the individual from sinful ways.  It is a suffering sought for the sake of suffering, and its object is individual salvation.  It is therefore very different in meaning from the Amish rejection of modern technology.

The Amish purpose for being “old-fashioned” is to preserve the community as a pure offering of love to their God. They do not reject automobiles, electricity, and tractors to seek suffering and redemption through hardship.  Rather, each decision about accepting or rejecting a modern “convenience” is based on a consensus about the effect a new product would have on the social patterns of the community (p. 905).

Amish attempt to discern whether new technologies would lead to “life-style changes which would hurt community solidarity, create tension within families or between different families, or open the community to excessive dependence on outside institutions” (p. 905).

On the response of outsiders to perceived contradictions:

Because outsiders usually misunderstand Amish simplicity as asceticism, they sometimes view Amish decisions about technology as contradictory or hypocritically opportunistic.  Amish farmers have, for example, accepted electrification in their barns (only 12-volt service, and not in their houses) to comply with state regulations about refrigerating milk before it is delivered to bottling companies.  Amish congregations viewed this decision as an economic necessity allowing them to continue dairy farming and thereby sustain the community.  Yet to outsiders who misunderstand Amish motives, electricity in the barn appears like a form of pollution in their image of the old-fashioned Amish….Outsiders who see these kinds of decisions as contradictory sometimes respond with resentment or anger, saying that the Amish pretend to be angels while actually using shrewd tactics to promote their own material well-being (p. 906).

As more people learn about the Amish, perhaps this line of thinking by outsiders isn’t as common today as it was in the early 1990s.  While the degree of technology used by Amish today is naturally greater than twenty years ago, the basic point has remained–Amish are not motivated by asceticism but rather a host of other community-building reasons.

Elaborating on the question “Why do Amish limit technology?”, you could also discuss other factors such as the force of tradition, or the types of technology allowed in neighboring or, for lack of a better word, “competing” congregations.

Donald Kraybill gives an example of the latter in The Riddle of Amish Culture, discussing a progressive group dubbed the Peachey church which accepted the telephone.  For the Old Order people at the time, “Permitting phones would be a de facto endorsement of the insurgents.  In essence, the Peachey church functioned as a negative reference group–a model of worldliness that the Amish hoped to avoid” (p.191).  In this mode the technology you allow becomes a way of distinguishing your group from other Amish or non-Amish churches.

There are over 2,000 Amish congregations in North America today.  The particular technological palette a given Amish church displays results from a host of factors including both community preservation and history.  Thus we see a wide range of technological responses across the many Amish churches.  At the same time the general question of Amish technology is one that seems to fascinate us all the more, the more entwined our own lives become with technology.