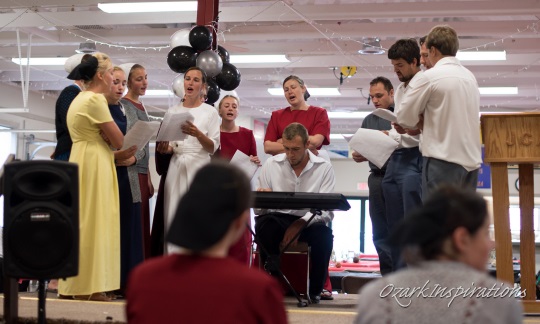 Earlier this year, one of the daughters, raised Amish but not a member of the Amish church, asked Don to take the photos of her upcoming wedding.

In the first part of Don’s photo set, we saw the pre-ceremony gathering, which included guests from Amish, Mennonite, and English backgrounds. Today, we have photos from the wedding ceremony itself – along with 2 videos of songs sung at the service.

As described in part 1, this wedding reflected the mixture of traditions that were a part of their personal and family journeys. And that mixture was evident in the wedding ceremony, too.

The wedding began with the bride and groom and the rest of the wedding party entering into the community center, and taking their place in the front row. 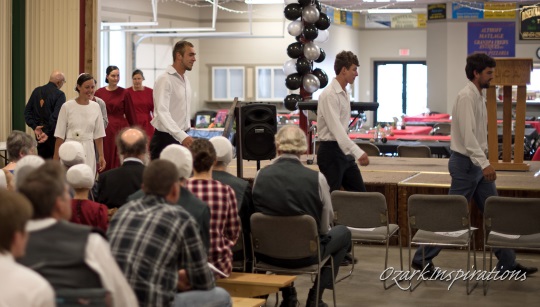 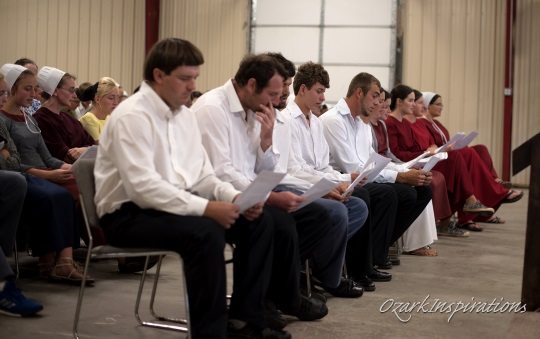 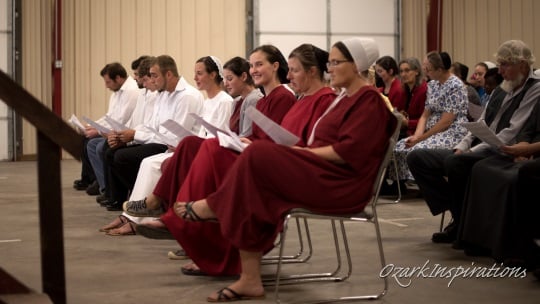 After they were seated there were two congregational songs, sung to music played over a portable PA system. The first song was “I Want to Stroll over Heaven with You.”

The second was “Praise Song” (or “Lob Lied,” but sung in English). This song is traditionally the second song that the Amish sing (in German) during their Sunday worship service.

Following the congregational songs, the youth group sang “Go Rest High on That Mountain” (accompanied by the groom on an electric keyboard) in memory of the late brother of the bride, and dear friend to most of the rest.

The bridal party then stepped up on stage. The ceremony was officiated by an English pastor and included elements that would be fitting in most English weddings.

There were words of instruction and encouragement from the pastor…

…reciting of traditional vows, led by the pastor… 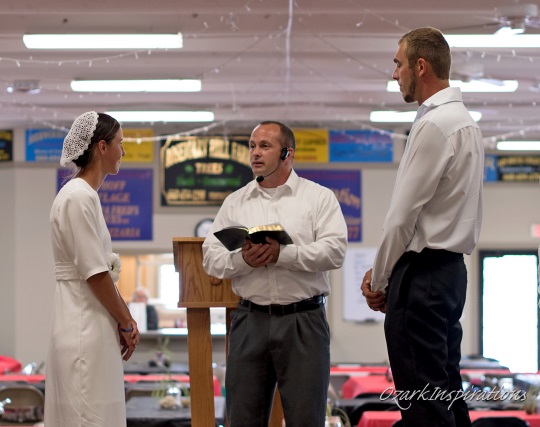 …other vows personally written by the groom and then the bride… 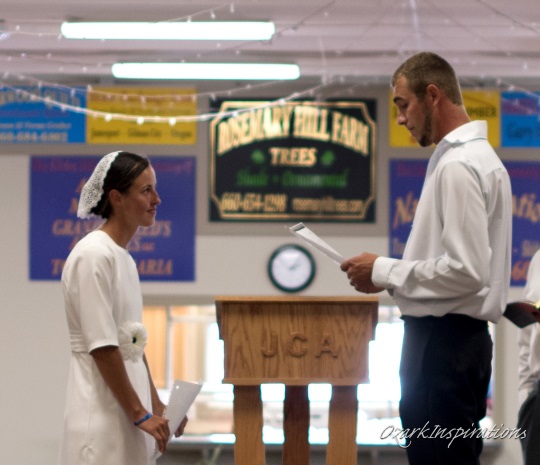 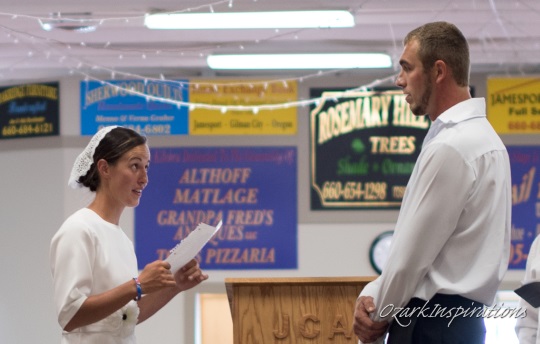 …and the exchanging of rings. 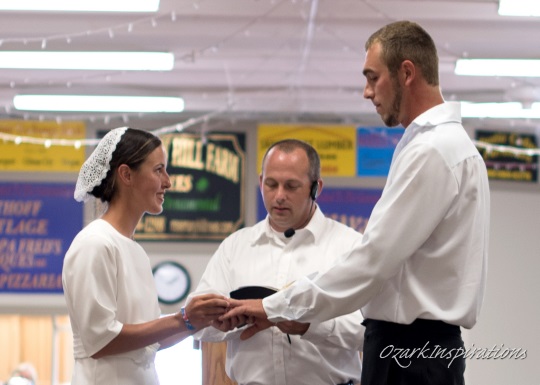 After a prayer offered by an Amish minister, we were introduced to the newly wedded “Mr. and Mrs.,” and the wedding party left the stage as the ceremony ended. 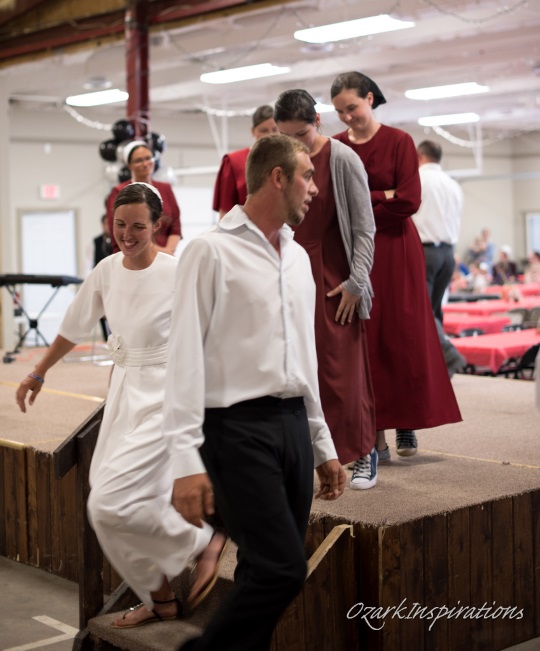 Stay tuned for part 3, on the reception. And check out more of Don’s photos at his PlainSong Facebook page.