Albert Miller grew up as the son of an Amish church deacon in Holmes County, Ohio. He left his community at the age of 18, got his GED, attended Kent State University and eventually medical school, before becoming a doctor. He documents his journey in a new book: You Can’t Do That!: The Story of an Amish Deacon’s Son Who Left the Fold and Became a Doctor. 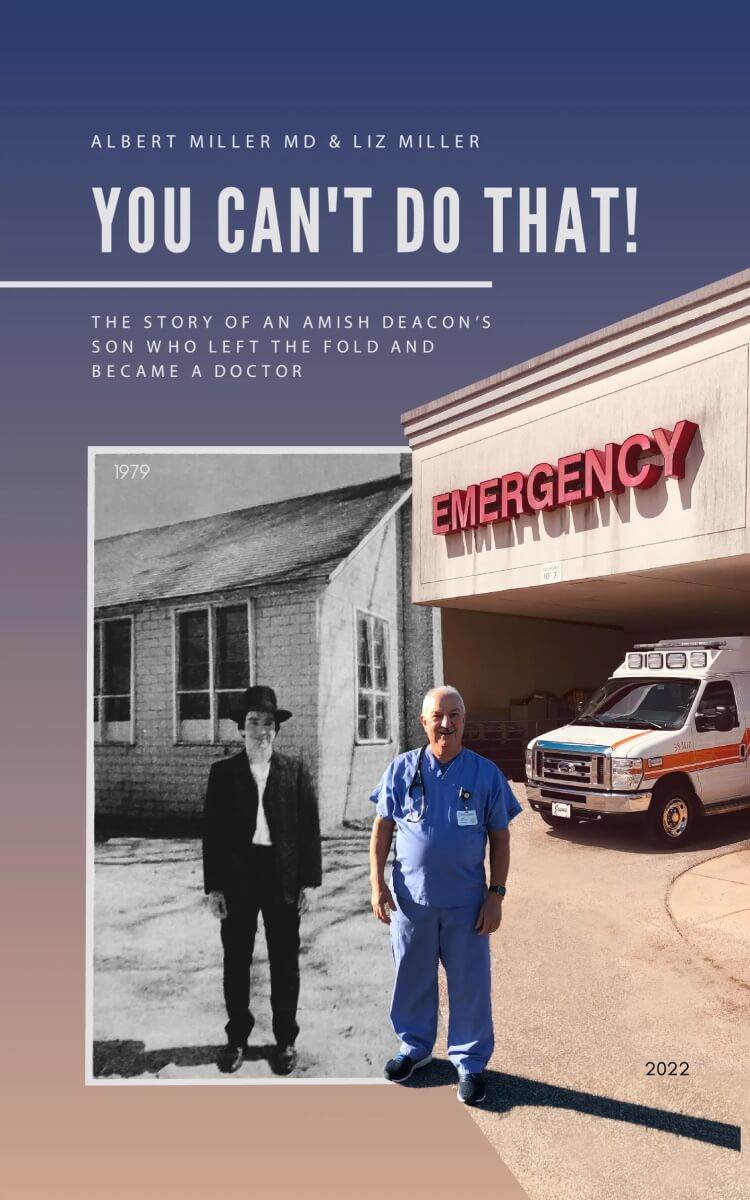 Part of the story of his book is that it was written together with his daughter Liz. From the Wooster Daily Record:

While she knew it was difficult for her father to leave the Amish and go from an eighth-grade education to not studying, to getting his GED and to attending college at Kent State (Tuscarawas and the main campus), followed by medical School (University of Cincinnati College of Medicine), surgical internship (Cleveland) and residency (back in Cincinnati), she never realized how tough it really was until work on the book began.

Delving deeper into his life and the Amish culture also helped her better understand where her dad was coming from and why she had to teach him certain things growing up, Miller said.

She even traveled with her dad to meet some of the people who helped him adjust to life outside his Amish community, including a professor at Kent State who now lives in Atlanta.

“I had a lot of people that God put in my life at the right time,” Albert Miller said.

Here’s another interesting bit in the story:

As the years have gone by, he said, the relationships with his 10 siblings have slowly improved. When he left the Amish as an 18-year-old, he was shunned by his family. They took his leaving especially hard because his father was a deacon.

“A lot of the stories in Amish literature are angry and very negative about leaving the Amish. There’s a lot of negativity around them,” Liz Miller said. “One of the things my dad wanted to do was show what happened, but not make it an I’m-mad-at-the-Amish story.”

Unless he was baptized by age 18 and then soon after left, they are using “shunned” here loosely, as I address in a recent video.

Nice story and show of lifelong determination on Albert’s part. Sounds like he ended up where he needed to be.