Not a 100% Amish story, but interesting nonetheless. Willy Ropp was raised Amish in Missouri and has gone on to become a champion bullrider.

In an interview with ABC Australia, Willy discusses his Amish upbringing for about the first 6-8 minutes, including what life was like growing up the youngest of 12 children, how he first became interested in bullriding (sneaking away to watch the local rodeo), and what his Amish parents think of his career choice. 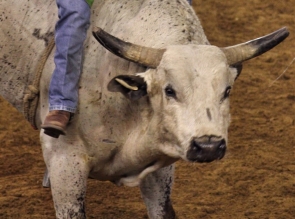 The remainder of the podcast is a discussion on bullriding, which I found fascinating (as Willy explains, there are 2 kinds of bull–the “ornery bull” and “the bull that loves his job”).

I think you’ll find Willy a great interview subject and quite entertaining to listen to.  His accent is more bullrider than Amish, if you ask me, though some Amish have twangy accents too.  Have a listen here: Willy Ropp bullrider podcast.