Accompanied by their attorney, Amish shared their views on proposed regulations at a standing-room-only supervisors’ meeting in Washington Township (Lycoming County, PA) Monday. Township officials and other residents voiced their views as well.

At issue are 3 proposed new requirements for Amish buggies:

Here are some of the arguments voiced on both sides, as reported by the Williamsport Sun-Gazette.

Prior to this meeting, local Methodist pastor Mike Hill had urged both sides to remain calm:

“Unfortunately you have two cultures clashing,” Hill said. “Each believes they are right. It is causing people to take sides.”

“Don’t let anger control” is the message Hill wished to convey to his parishioners at Sunday service.

First, from the pro-regulation side. Township leadership says it is about safety and public health:

Township supervisors Kenneth J. Bashista, chairman, George J. Ulrich and Ray LaForme said they have a health and safety crisis on their hands — piles of horse manure, modified jagged metal horseshoes digging up road surfaces to be replaced with rubber and reflectors and registration of carriages and buggies.

One resident says that it can be dangerous for motorcycle riders (referring I believe to road damage caused by horseshoes):

Dick Secules, who rides a motorcycle, said he had to swerve into the other lane, which could have caused a head on collision or forced him to drive onto the berm.

Secules, who owns an automotive garage, also says the manure is a health threat his business encounters when doing regular maintenance tasks, including tire changes and inspections. Township solicitor Douglas N. Engelman says that manure stuck to vehicles can get into people’s garages and homes.

There is a lot of manure on the roads, according to some residents:

One man who lives in the 1200 block of Gap Road said he counted 16 piles of horse manure on a short drive from his house.

A letter read aloud by a supervisor indicated there were 21 piles of manure found from his residence along Route 44 to Elimsport on Sunday.

One man suggested that the Amish bring along a shovel when traveling, and clean the manure. The article says this is “a practice Amish do when they notice it.”

From the Amish side

Next, arguments from the Amish side. An Amish farrier discussed the negative horse health effects of rubber horseshoes:

Jacob Zook, a farrier, said rubber shoes would cause the horses to go out of balance.

He suggested a type of smooth steel that does not dig into the road.

“It takes the life out of the foot,” he said. “Leads to shin issues and scar tissue.”

The attorney for the Amish, Clifford Rieders, argued that the proposed ordinances were discriminatory, and suggested the Amish had made positive economic contributions to the area:

Rieders stated, “This is blatant discrimination against the Amish who have turned rundown farms in Washington Township into beautifully manicured tracts. “They simply want to be left alone in their traditional way of life.”

Amish came out to the meeting in large numbers, with the meeting described as having “Amish community members standing along a wall and some unable to make it into the packed social hall.” You can see this in the above photo, or even better in the larger version on the Post-Gazette site.

Finally, the article quotes “one of the Elders” (I assume they mean someone from the ministry, or maybe just an older adult male), who said “The Old Order Amish community is prepared to fight this if they have to.” 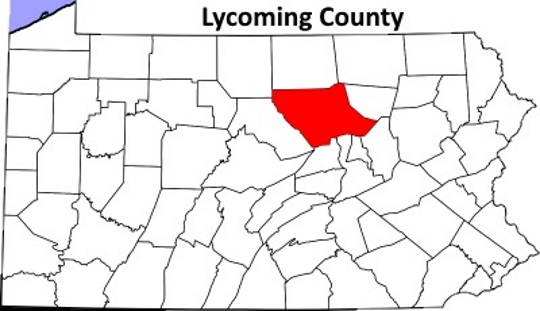 If the proposed regulations go through as-is, violations would be fined according to the following:

The ordinances carry various fines of between $50 to $1,000 for initial violation regarding the continuing use of metal horseshoes without rubberized bottoms to $500 to $1,000 for a second violation.

I noticed there is quite a range of possibility in the charges.

It’s unclear how the actual amount would be determined. Who decides? Would it depend on how blatant the violation was? The size of the manure pile? The mood of whoever is doing the enforcement that day?

Maybe this means they are proposing this range now, and would set a fixed initial violation penalty when it comes to voting on the ordinance.

Engelman says he would like a compromise, and “alluded” that they may make changes to the proposals, after reviewing residents’ oral and written feedback.

A neighboring township, Brady, seems to also be considering such regulations, but is in the “wait and see” phase now.

The plan is to reach a decision possibly by September (or perhaps later). This depends on whether all sides can meet.

Based on the comments from the township solicitor, this might be a case of negotiating by asking for more than one expects to get, and landing somewhere in the middle.

Could these proposals simply be a way to get Amish to take further action on their own?