Miller eventually gathered over $50 million. Some of this was used to pay back earlier investors promised returns, in typical Ponzi fashion, before the scheme imploded.

Amish being victimized by large-scale financial scammers is nothing new, however.

This was at least the fourth major financial scheme targeting Amish and Mennonites to come to light in the past decade. More on that below. 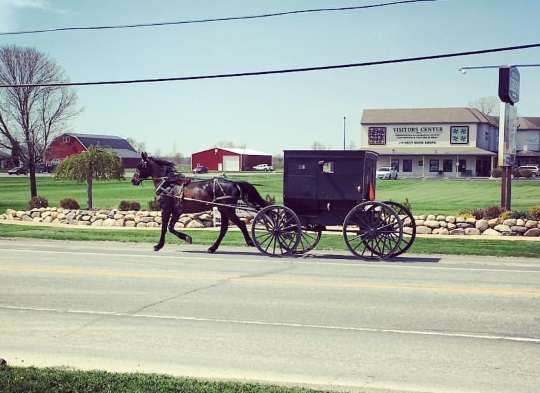 Here’s the background on the latest case, in a nutshell. From the Washington Times Herald:

The bankruptcy uncovered a massive fraud case involving millions of dollars, almost all of it coming from the Amish communities in Indiana, Michigan, Ohio and Pennsylvania. According to the bankruptcy documents, the chief fundraiser was Earl Miller, a man who was formerly Amish and still had connections into the Amish community in northern Indiana. Miller eventually took over the entire company.

Court records indicate that Miller would advertise in Amish papers and during meetings, would convince many people to use their 401K and IRA accounts as investments in 5-Star. The marketing campaign was directed almost exclusively to Amish and between 2009 and 2012, netted $12.1 million. A separate campaign in 2013 raised $13.6 million. In total, the court found 5-Star took in $54.5 million from investors and paid out $17.5 million.

“A number of folks in Daviess County fell victim to this scheme,” said Swartzentruber. “In some ways, there are elements of a Ponzi scheme where later investors were paying folks who got in earlier. There was no growth to it. It was get more investors in to pay off those you had previously agreed to pay.”

The story is back in the news because last Saturday, Amish and others met with the Creditors’ Committee at Dinkys auction barn in the Daviess County, Indiana settlement.

They were there to find out if they’d be able to get any of their money back. As many as 50 Daviess County Amish families were affected with funds invested totalling up to $5 million.

It turns out investors will have some of their investments returned. But of course, nowhere near the full amount:

At this point, the bankruptcy court has been able to recover $5 million to $7 million from the 5-Star assets and begun sending that money back to the investors.

“Typically in a Ponzi scheme, the return is around 3 percent,” said Swartzentruber. “The court has approved an interim distribution. It seems like this is getting sorted out in about as good a way as possible. The return in this case looks like it will be 30 cents to 40 cents on the dollar.”

If the typical Ponzi fraud return is 3 percent, getting 10 times or more than that seems a pretty good deal, all things considered.

Daviess County however, may have been more affected than others, as the investors there were some of the latest joiners, and so did not receive the Ponzi payouts that earlier investors would have.

Not the first time

This recalls similar fraud cases in the past, in which the Plain background of the operators made it easier for bad things to happen.

These include the John M. Sensenig financial scandal, (Sensenig was a member of a Lancaster Old Order Mennonite church), as well as the A & M Investments case, which was run by an Amish fund manager. There was also the Pigeon King scam. That one was not run by a Plain person, but it impacted many Amish and Mennonite investors.

Each of these cases differed in the details. But the background of the founders and/or the mutual confidence generated by having other Plain members involved as investors contributed to their temporary “success”. Each collected tens of millions of dollars from victims.

Will the story keep repeating?

With close-knit church communities like Amish and Mennonites, there is built-in trust which can more easily be exploited in what has been termed affinity fraud. Unfortunately that has now happened multiple times.

One possibly positive point, however. These schemes were all occurring at more or less the same time. And all were exposed within a period of six or seven years.

Hopefully these cases coming to light in close succession has driven the lesson home, and will help bring an end to an era of large-scale financial exploitation of and within Plain communities.

At the same time, by their very close-knit nature where trust between members is inherent, Amish and Mennonite communities will remain at some risk of this repeating in future.