An Amishman was arrested for DUI in Kentucky after sideswiping a car with his buggy last week. The 34-year-old man was traveling with his wife and seven children, ages 9 months to 12 years old. He faces 10 felony counts as a result.

The man first attempted to claim that one of his children was driving, but the children confirmed it was their father holding the reins. This incident occurred in Smiths Grove (Warren County), which is in the vicinity of Bowling Green (not to be confused with the Bowling Green, Missouri settlement). 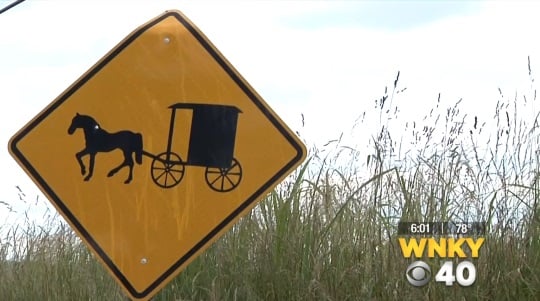 The fact that this is an Amish person driving while drunk might surprise some readers, but this is hardly the first time it’s happened. It’s usually teens and youth involved, but some Amish areas have reputations for alcohol abuse. The large Adams County, Indiana community is the one that comes first to mind.

I have not experienced it firsthand, as it’s not a settlement that I know well personally. But I have learned from those who do know the community, that hard alcohol consumption is a part of the culture there, and not just among the youth. Last time I was in Adams County, I observed that a local liquor store had ample buggy hitching rail space.

Generally speaking, alcohol is something you see more often in the plainer Amish groups. Smith’s Grove is a Swartzentruber Amish settlement of three church districts. 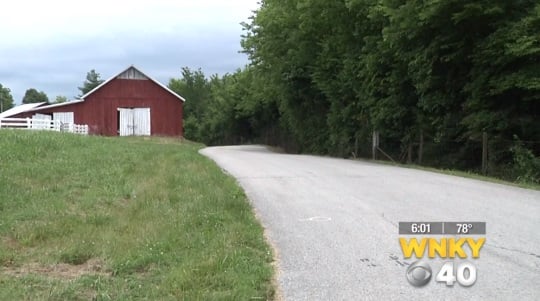 This story is a mirror of sorts to the tragic crash earlier this month, in which a 21-year-old intoxicated driver struck an Amish buggy with his motor vehicle, killing three children. The much lower speeds of horse-drawn travel and the smaller weight of the buggy would make this less of a danger than operating a two-ton motor vehicle at 50+ mph, but it still carries a danger.

I would suspect driving a horse-drawn carriage after drinking might just be part of the culture in some Amish places where alcohol use is prevalent, under the logic of “it’s just a horse-and-buggy and we’re not going faster than 10 mph so what could happen.” Swerving in front of oncoming traffic, or making an ill-timed turn, can just as easily lead to a tragic outcome however. This man was fortunate that no one was injured.

The fact is that just like non-Amish, some Amish abuse alcohol too. One question that arises is how aware are individuals in these communities that driving a buggy while drunk is illegal and that it carries a danger. I have not heard of an intoxicated Amish driver causing a serious accident, but it might just be a matter of time.