David and Emily (no last name given) are an Amish couple living in the Holmes County, Ohio settlement.

In 2006, they sat down for an interview with Oprah Winfrey, and made a claim that surprised the famous talk show host.

Asked if they are content, David replies, “one hundred percent.”

“That is one of the nicest feelings,” Emily adds, without hesitation.

“I don’t know anybody, who’s ever said one hundred percent content, ever,” says Oprah’s co-host. 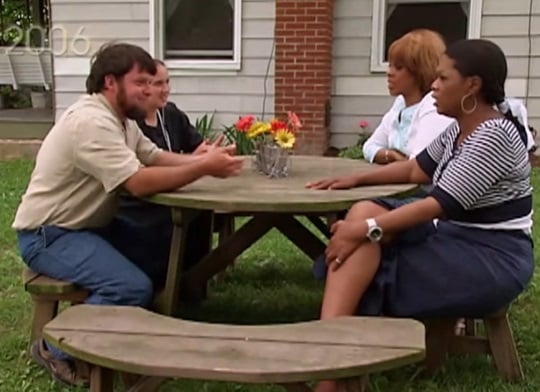 And maybe it is a bit hard to believe.

Anytime I hear that someone or something is “one hundred percent” (“100% money back guarantee!”, “I keep 100% of my promises” etc.), I can’t help but be a little skeptical. You don’t have even a bit of doubt or wiggle room?

But perhaps this spot of cynicism reflects more on me than them.

I do want to believe – and looking at the easy interaction and, yes, content manner of David and Emily, it’s hard to cast doubt.

Oprah revisited David and Emily about a decade after the original video.

This time, the couple did not appear on camera, due to objections by their church. They allowed their audio comments to be captured, however, and shared still photos of their family.

Oprah wanted to know if the couple is still content.


“It’s not something that comes easy,” says David. “You have to learn to put yourself on the back seat, and live your life for somebody else.”

You can hear the rest of their reply in the video:

Amish unions kick back against modern trends, in that they are about as close to permanent as it gets.

Divorce is not sanctioned in the church (it’s not unheard of, but initiating divorce can lead to excommunication), and Amish only remarry if a partner dies.

Does this mean 100% of Amish marriages are happy ones? Certainly not.

But maybe there is something about a commitment without an escape hatch that makes two people more willing to work together.