Big Olaf is an Amish-made ice cream brand based in Sarasota, Florida. The company has just recalled its ice cream products after allegations that its product was contaminated by listeria. Two lawsuits have been filed, one by the estate of an Illinois woman who it’s claimed was made ill and died after eating the product. Another is by a couple who lost an unborn child following a miscarriage after the mother became ill. More:

(CNN) – The Centers for Disease Control and Prevention is investigating a listeria outbreak linked to Big Olaf Creamery-brand ice cream. The outbreak has resulted in at least one death and 22 illnesses.

Big Olaf ice cream is sold only in Florida. The manufacturer contacted retailers to recommend they stop selling its ice cream products until further notice.

The CDC says if you have any of the ice cream, you should throw it away and clean areas, containers and utensils that may have touched it.

Twenty-three people in 10 states have been infected in the outbreak, one woman lost a pregnancy and one person from Illinois died.

The CDC says nearly all of the infected either lived in or traveled to Florida in the month before they were infected.

After interviewing 17 people infected, investigators found 14 had eaten ice cream. Six said they ate Big Olaf ice cream or ice cream at locations that might have been supplied by the company. 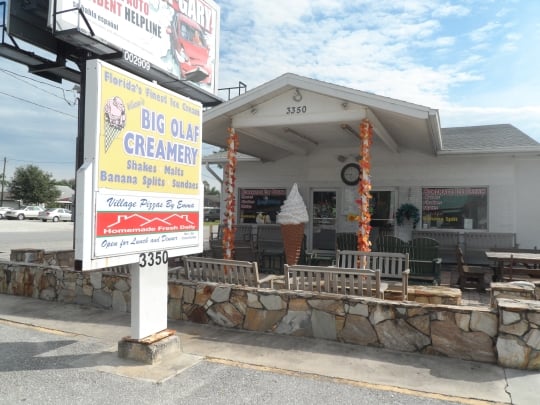 A Big Olaf retail store in the Sarasota-area Pinecraft neighborhood

The company has issued a recall of all ice cream products. An excerpt of the announcement:

Big Olaf Creamery of Sarasota, Florida is recalling all flavors and all lots of Big Olaf brand ice cream products because it has the potential to be contaminated with Listeria monocytogenes, an organism which can cause serious and sometimes fatal infections in young children, frail or elderly people, and others with weakened immune systems. Although healthy individuals may suffer only short-term symptoms such as high fever, severe headache, stiffness, nausea, abdominal pain and diarrhea, Listeria infection can cause miscarriages and stillbirths among pregnant women.

The product was sold at Big Olaf retailers in Florida as well as to consumers in restaurants and senior homes, and one location in Fredericksburg, Ohio.

The Big Olaf brand ice cream was sold to consumers in plastic pint size containers, plastic ½ gallon containers, and plastic 2.5-gallon tubs, scoopable are sold to the independent retail stores. All flavors, lots, codes, and all expiration dates through 6/30/2022 are included in this recall.

Based on epidemiological information shared by the CDC and State Officials, Big Olaf may be a potential source of illness in an ongoing Listeria monocytogenes outbreak.

Some years ago, I visited the Big Olaf production facility and met the Amish owner. The company has been around a long time – the website dates its origins to 1982. To be frank, I am not sure if the company is still under the same ownership or not. I haven’t heard otherwise, in any case. The ice cream is described as Amish-made. From their site:

The ice cream is made at a local creamery near Sarasota’s Amish village of Pinecraft. Every tub of Big Olaf Ice Cream is hand mixed with the finest ingredients and is then churned in batch freezers by local Amish Craftsmen. The smooth, creamery consistency comes from two sources: attention to detail, and fresh, high butter fat (14%) milk.

I enjoyed their ice cream (I tried the pumpkin flavor). 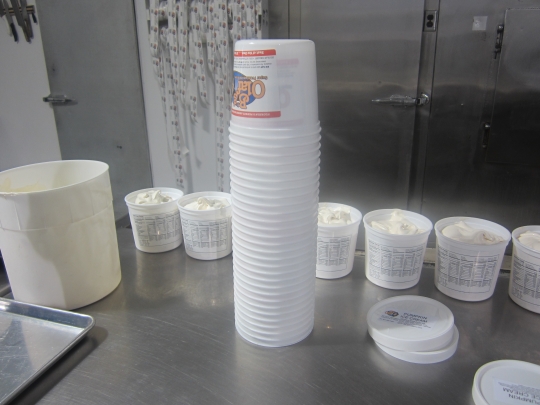 Big Olaf has a number of retail locations which sell their ice cream. Some of them have substituted other ice cream brands. Some remain closed. The company released this statement in the week prior to the recall:

“For now, it is only speculation as it is an ongoing investigation, our brand has not been confirmed to be linked to these cases, I am not sure why only Big Olaf is being mentioned and targeted. The original report we got from the Florida Department of Health on Friday July 1st, was that there are 23 cases reported, the first one reported was January 2022. 6 out of the 23 patients mentioned having consumed Big Olaf ice cream, but nothing has been proven. We have been cooperating with the Florida Department of Health, FDACS and the FDA as soon as we were informed about the situation. We have been transparent and have answered all their questions and provided them with all the information requested from us, as the health and well-being of the public is our first priority.”