Georgia – along with South Carolina – are two states which people often wonder about, regarding the Amish. Are there any Amish communities in those states?

Maybe it’s because they border other states with Amish, and Amish have been settling in the South in greater numbers over the past decade. However, neither state has an Old Order Amish population today (though both do have Beachy Amish populations).

That noted, Amish have called Georgia home relatively recently. Specifically, the vicinity of Uvalda in Montgomery County, for a relatively brief spell in the 1990s. 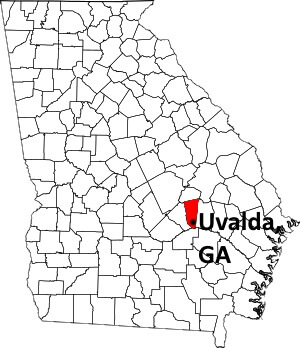 I don’t know much about this community, but for a few details I was able to glean from one of David Luthy’s publications on failed settlements, and some comments from a reader of this site, from about a decade back.

From 1990 to 1995, Amish lived near the town of Uvalda. The reader’s comment does not exactly tell you a whole lot, but does confirm that Amish once lived there:

I have a picture of an Amish buggy that I had taken while I was there in 1995, I just have to find it. I had met with a family there because I was looking at that time to buy Amish made crafts for a small sideline business that I had at that time. I heard about it while reading the Budget, so I drove there while I lived in Florida

If he was there in 1995 then that was in the last days of this settlement. No telling what happened to the Amish, where they were from, or where they ended up. Amish settlements fail for a number of common reasons, often but not always economic. 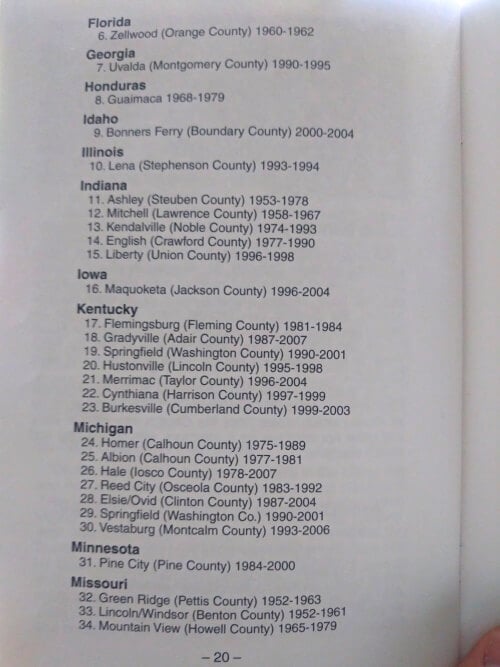 From Why Some Amish Communities Fail: Extinct Settlements, 1961-2011 by David Luthy

This community does appear in David Luthy’s addendum handbook Why Some Amish Communities Fail: Extinct Settlements, 1961-2011. But unlike in his book The Amish in America: Settlements that Failed, 1840-1960, he only provides histories for a handful of the communities in that one.

Georgia Amish Settlements of Long Ago

If we look into the more distant past, we find that Amish have lived in Georgia on at least two other occasions. Once was in Pulaski County (Hawkinsville) for three years in the 1910s. Issues with farm ownership contributed to that community’s failure. A second settlement, the longest-lived of the bunch, was at Surrency in Appling County.

From 1914 to 1937 Amish called this corner of southeast Georgia (not far from the location of the future Uvalda settlement) home. Apparently, despite the pleasant climate, conditions were not too favorable to raising crops there. One former Amish settler recalled the land as “rough, no man’s land with no clear land for cultivation.” Luthy also describes the area as “backward in regards to raising livestock”, as it lacked fencing laws (see The Amish in America: Settlements that Failed, 1840-1960 by David Luthy, pp. 69-72)

So that’s it, Amish have lived in Georgia in just three instances in their long history in America. Will we see Amish in Georgia again? I’m not sure if there are any external factors preventing them from settling there (eg, local laws that might make operating their schools more difficult or other ordinances). If not, I’d expect it to happen sooner or later.