The photo you see below, of Iowa Amish schoolchildren fleeing into a cornfield, was taken in 1965 by Des Moines Register photographer Thomas DeFeo and republished nationwide. 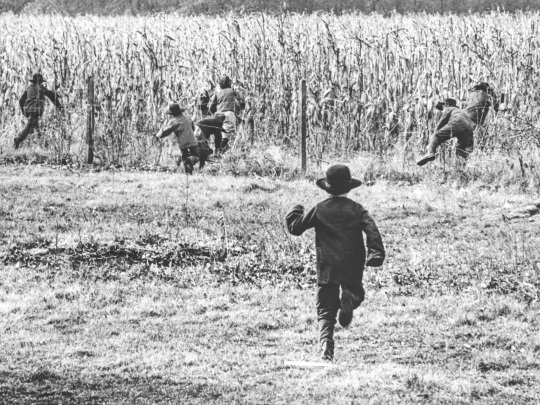 The accompanying video features a number of other fascinating images taken at the time of the incident in Buchanan County, Iowa (described in greater detail here).

One of the school boys, Andy Raber, now in his late fifties, tells the story in the video of what happened at his parochial school. When officials appeared to bus him and his classmates to the public institution, “one father…just yelled ‘run’, which we did.” 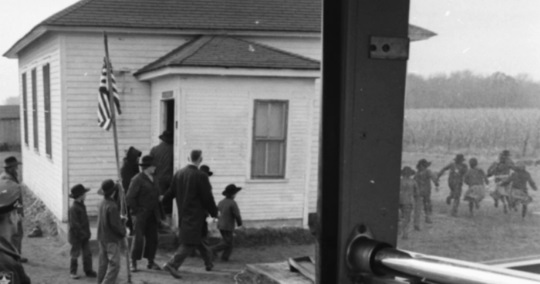 There’s also commentary from Arthur Sensor, former superintendent at Oelwein school district. The now 94-year-old says he regrets trying to force the Amish children to attend the public school, and did so because he didn’t understand Amish beliefs on the matter. 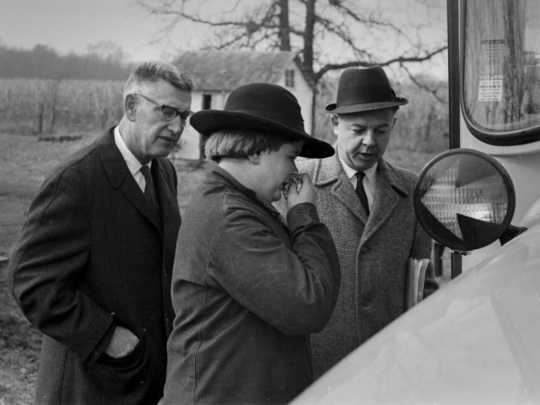 Previous to this event, Amish parents were fined and a number of men jailed for their resistance.

Sensor now understands the deep conviction these parents held: “I now believe that if I had said to the parents: ‘You are either going to send your kids to the public schools or you will be shot,’ they would have sat there and let themselves be killed.”

I originally embedded the video here, but it’s set up to autoplay (annoying), and I can’t figure out how to switch that off. But you can view it here at the Des Moines Register site, just be aware it will start to play automatically once you click the link.

At the link, there’s also a written account of the conflict, its aftermath, and a look inside a Buchanan County Amish school today.