A Town In France Remembers Its Amish Past

Amish no longer live in Europe, but how are they remembered there today? Romain Speisser shares one example from a hometown of Jakob Ammann. Amman lived in the area of Saint-Marie-aux-Mines (once known as Markirch) for years until Anabaptists were expelled from the region in 1712. Today, it hosts an annual event commemorating its Amish history, as Romain describes below.

As every year since 1995, the European Patchwork Meeting took place in the city where the Amish movement was born.

It is in Saint-Marie-aux-Mines (Alsace-France), better known under the name of Markirch at the time of the Amish schism, that an unpacking of quilts, fabrics of all kinds, sewing threads takes place…which would make any Amish woman dream. 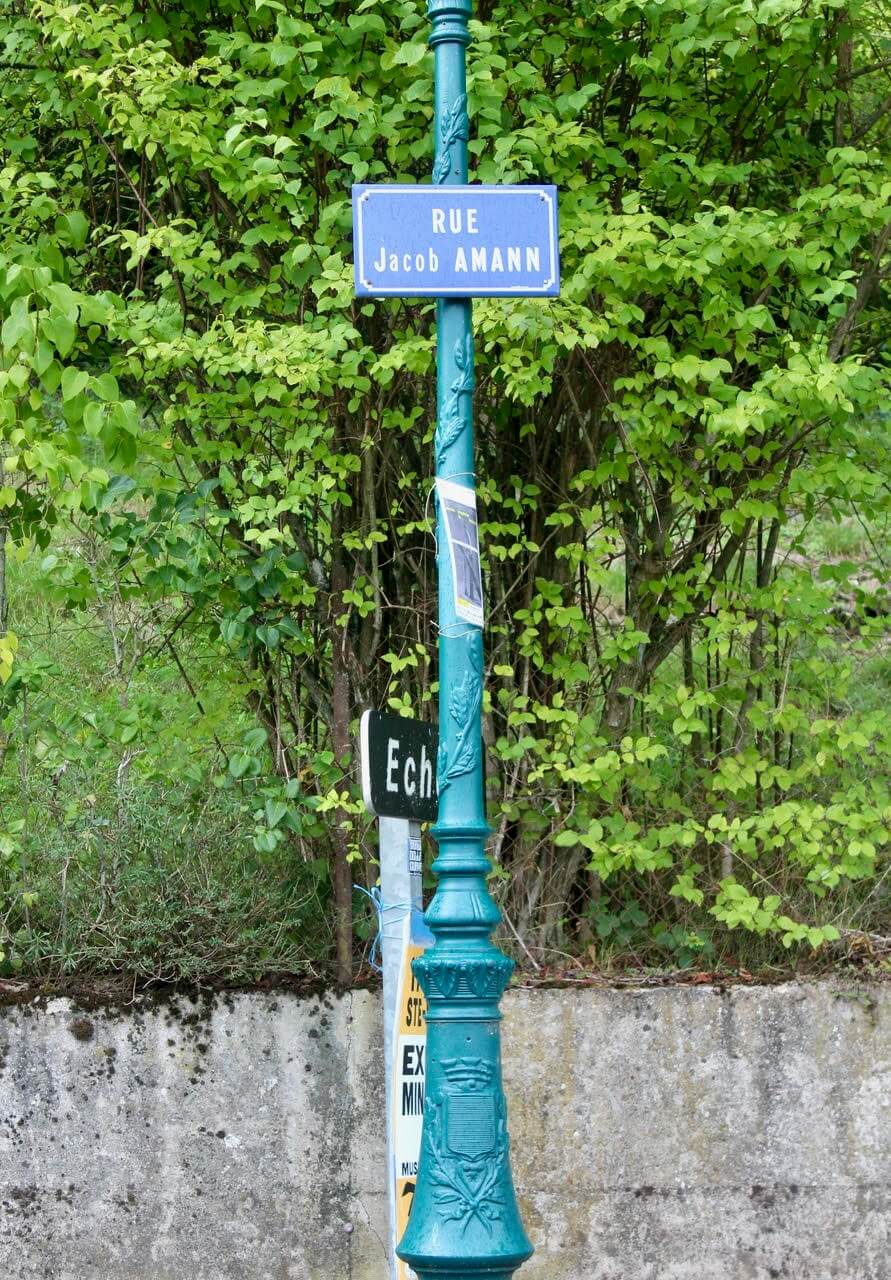 Although this city has seen the birth of the Amish movement, no more kapps or beards without mustaches are found here. The Amish deserted the place following the expulsion notice ordered by King Louis XIV in 1712, migrating to Alsace, Lorraine and Montbéliard, which were not yet integrated into the kingdom of France. Some of them returned later, but eventually joined the Mennonites before the end of the 19th century.

But the town of Sainte-Marie-aux-Mines and its valley have not forgotten their past. Since the beginning of the festival, an exhibition retracing the history of the Amish and Jakob Amann takes place during the festival. The AFHAM (Association Française d’Histoire Anabaptiste Mennonite/French Association of Anabaptist Mennonite History) exhibits various objects retracing the history of the Amish, of which the great majority of the Alsatian congregations were part. 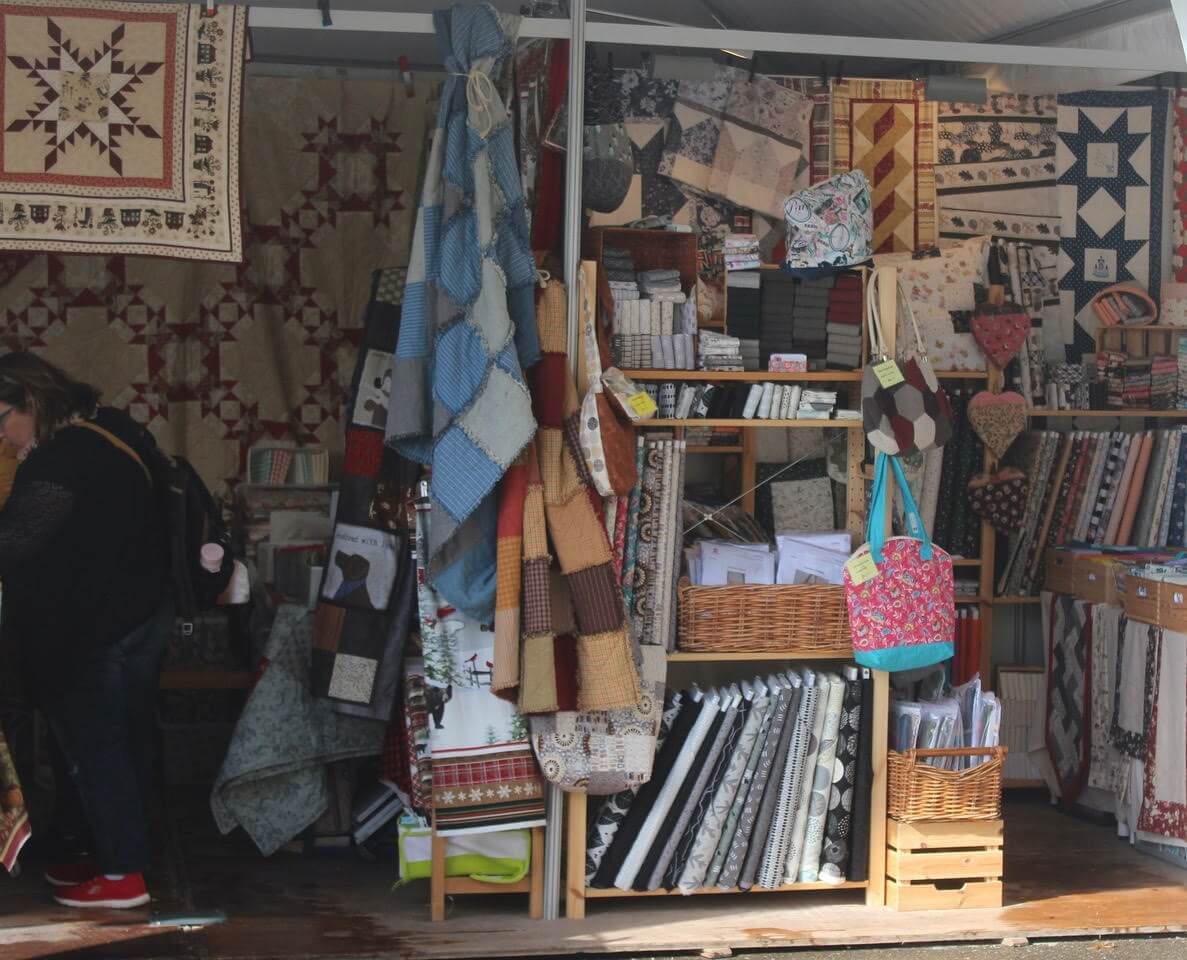 It was possible to see new and old patchwork blankets from the Amish, Froschauer Bibles, Ausbunds, Märtyrerspiegel and various manuscript documents from the 18th century found in the depths of attics, or offered by families of Häftler origin (Amish in Europe). 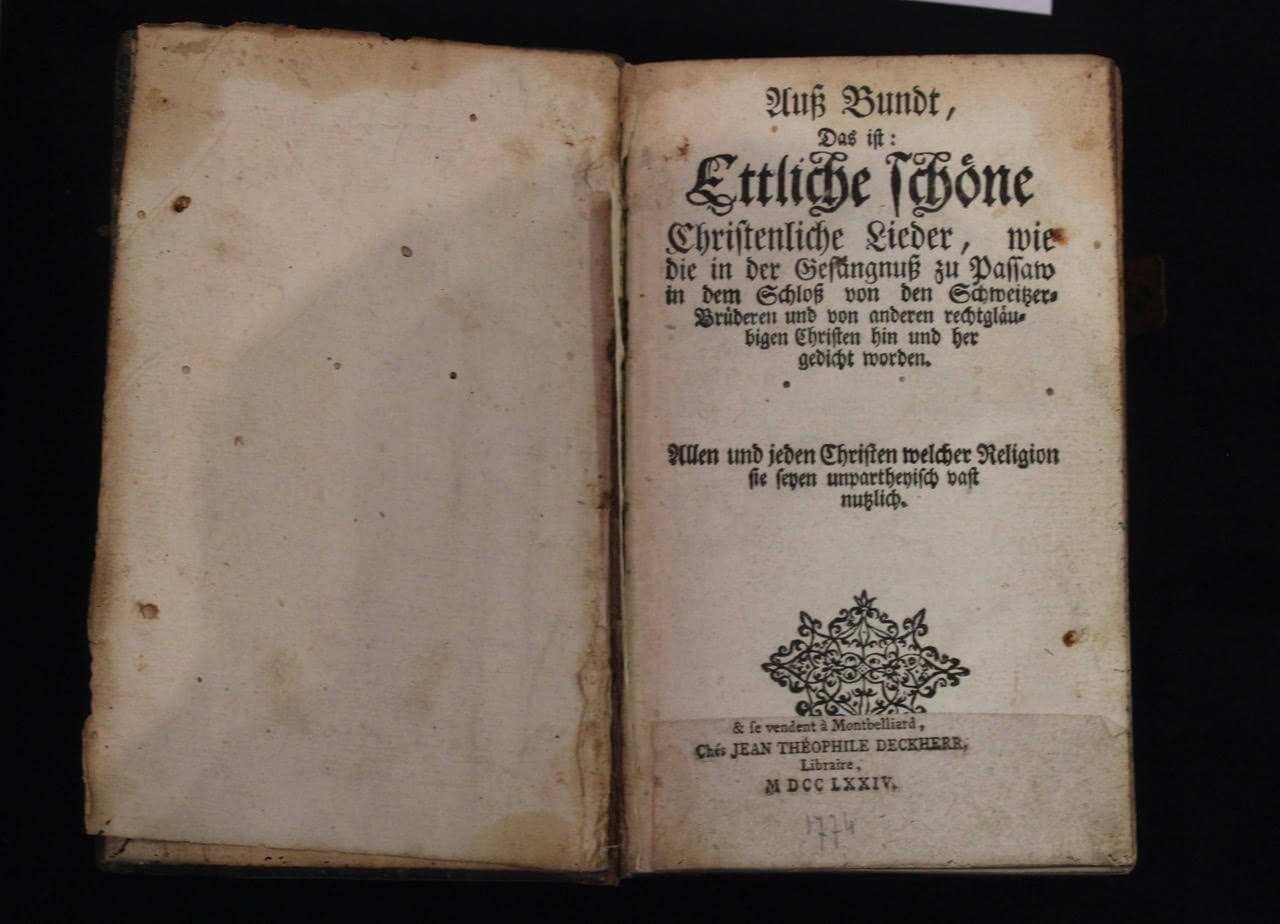 Further on in the exhibition, contemporary Amish clothing was displayed alongside old Häftler clothing with staples, also found in old Alsatian cupboards. 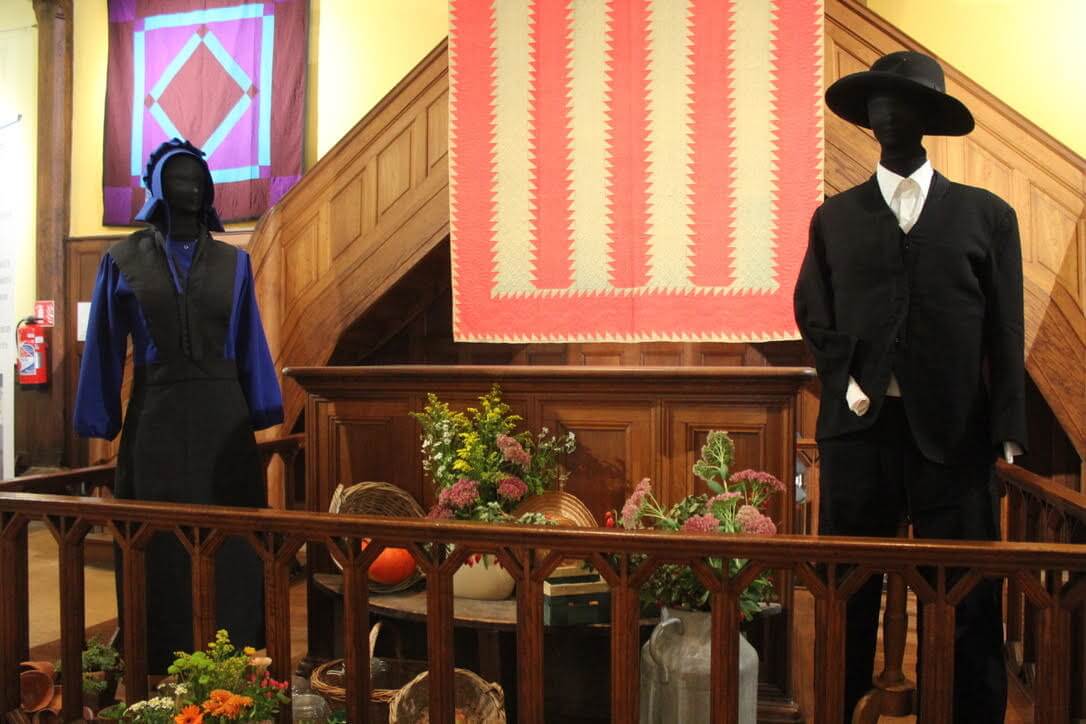 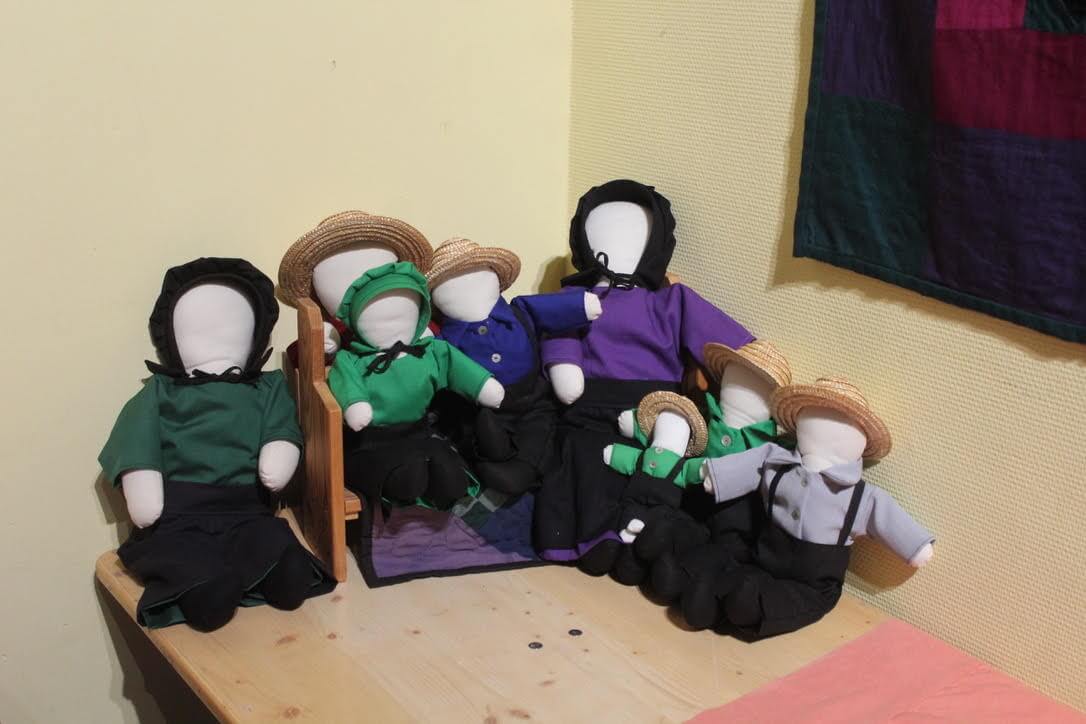 It was also possible to find faceless Amish dolls, and to have one’s picture taken next to a real Amish buggy given by a Lancaster County congregation in 2014 to their Mennonite cousins in Alsace. 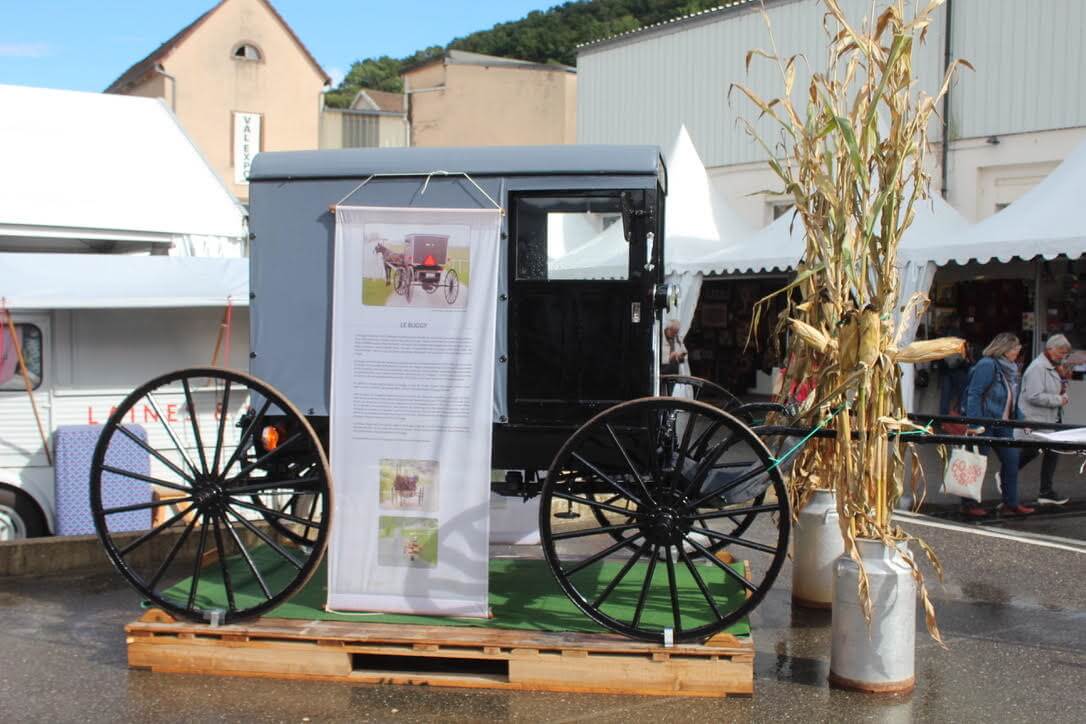 For those who were curious to learn more, various conferences were held, such as David Bouvier’s talk on the history of the Amish in Alsace and Jacques Légeret and Hans Zogg’s talk on quilts.

Around 20,000 visitors attended over the weekend, and all this not far from the Jakob Amann street which was named in his memory. 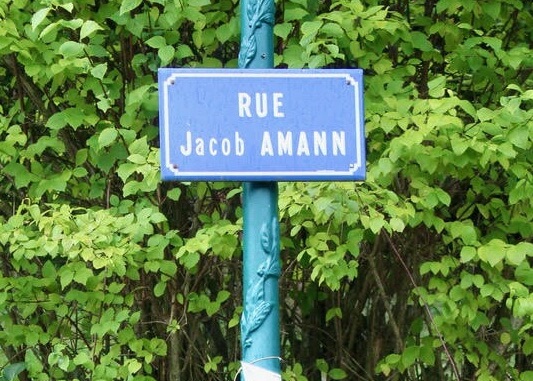 Thanks to Romain for sharing this interesting commemoration with us. Stories like these make me wonder if the Amish will ever call Europe home again. I’m skeptical it will happen, but you never know. There are certainly Amish people who have a strong interest in their history and roots on the continent.