Kim Osterholzer was a midwife apprentice to the Amish in Michigan for nearly a decade. You might remember our recent post on her book A Midwife In Amish Country: Celebrating God’s Gift of Life. 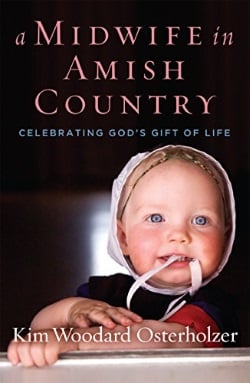 Kim will be giving away a signed copy of her book for a lucky Amish America reader. We’ll also have a Q-and-A post with Kim coming soon.

Enter to win a copy of A Midwife in Amish Country

But first, we want to know if you have any questions for Kim about her experience with the Amish. Feel free to leave them on this post.

Adding a question here will enter you in the giveaway. I’ll choose the best ones to pass on to Kim for the Q-and-A post.

A Midwife In Amish Country: Celebrating God’s Gift of Life – An Excerpt

We’ve also got another excerpt from A Midwife in Amish Country.

In this excerpt from Chapter 2, Kim describes how her expectations of Amish life collided with reality.

One of the first births I attended through my apprenticeship was for an Amish family living at the extreme northern edge of Indiana in late September, 1993. Jean called me an hour or so before dawn and sent me scampering into the day with my hair flying and my heart pounding.

The mother-to-be, Salome Hochstetler, was an angelic creature, if there ever was one–tiny and graceful as they come. She suffered a disorder of some sort. I failed to retain its name, but remembered it affected the composition of her musculature and left her limping. She’d also endured the loss of a child a few years earlier, though what happened was never explained to me, and I felt I shouldn’t ask.

I thought of her pain and sorrows every time I saw her, ever reminded by her awkward gait, and I was struck by the way she refused to allow her trials to dampen her spirits or dim her faith.

She greeted us at her door, smiling and laughing as she always did, and we knew we’d arrived too early, so we passed the morning checking on a number of families in the area while we waited for Salome’s labor to get more serious.

Things picked up gradually toward noon, but still only very gradually. Jean suggested we go for a ride in her car in hopes the bumps and jostles would strengthen her pains. The trip accomplished what we hoped but, by the time it did, Jean realized she’d lost her way in the labyrinth of rutted, back-woods roads. Salome, in spite of contractions washing one after the other over her diminutive frame with increasing intensity, gamely straightened in her seat, laughed her good-natured laugh, and guided us back to her home as she ran her hands round and round her swollen, surging belly. 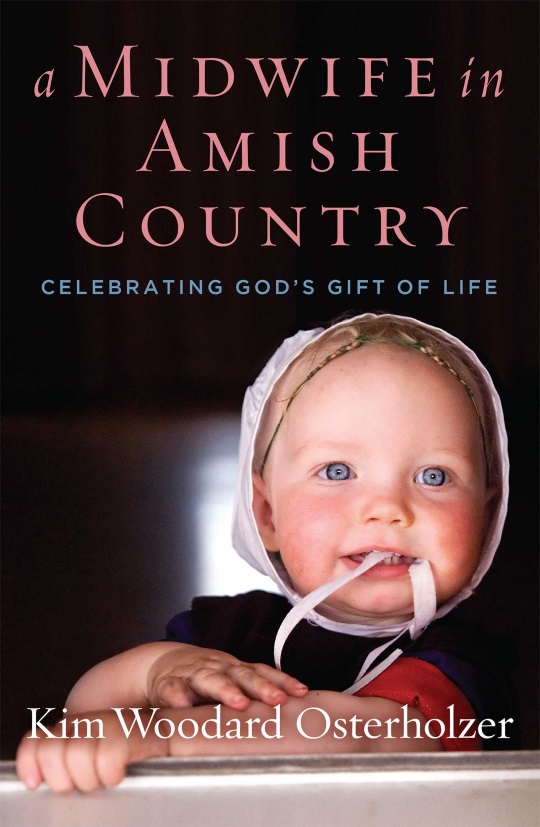 My heart sank a mite as we pulled into her driveway. For as much as I enjoyed Salome and her husband, Nathan, I struggled mightily to bear their home. The young couple lived in a barn of sorts, a barn that doubled as one edge of a full to overflowing pigpen. Salome’s living arrangements shocked me to silence at my first visit with her and that shock spilled over to vex my entire first year attending births.

When I began attending home visits with Jean, the disparity between my expectations of the Plain People and the actual condition of their lives proved a deterrent. Where I’d pictured the prim, pristine houses of Amish film and fiction, I found bluntly functional homes filled with a bustling, Spartan folk wearing patched and sweat-stained clothes. I was taken aback by the rough hands, the weather-battered faces, the round and weary shoulders, the bare and blackened feet, the grossly swollen ankles, and the legs strangled with bulging veins.

I blanched at the number of younger families living in barns, in sheds, and in the basements of partially-constructed homes. I reeled at the harsh realities of houses warmed only by wood or coal stoves and lit only by lanterns, serviced by pumps at kitchen sinks, by windmills that failed to draw water on still days, by tiny propane-fueled refrigerators and wringer washers, by wash boards, by yards and yards of clotheslines, by sad irons and push-reel lawn mowers, by chamber pots stashed in wooden boxes, and by dark, drafty, stinking outhouses.

I had to learn to regard with nonchalance the rolls of fly paper that dangled from the ceilings and snagged my braids when I leaned too close, the mice scampering under doors and along the edges of baseboards, the bicycle wheel drying racks suspended over stoves and trimmed with perfect circles of damp socks or beef jerky, the ropes strung with chicken feet and stretched between outbuildings, the carcasses of unrecognizable animals littered about the yards by naughty dogs, the boxes of chirping chicks or orphaned lambs in living rooms, the riotous pigsties, the milk cows loose along roadsides, and the giant draft horse we once found tied to a basement support pole to warm up after he’d crashed through a frozen pond.

I was forced to listen unperturbed and respectfully to the abundance of old wives’ tales such as, if you reach your arms over your head to hang clothes on the line or to wash windows in the last trimester of pregnancy, your baby will turn breech; if you get a scare anytime at all while pregnant, your baby will be born with a birth mark; or if your baby isn’t fed a sip of cold water soon after birth, it will tend toward belly ache.

I had to appear unfazed by the severity of their religion, a religion promising no guarantees in return for the strictest adherence to the sternest rules. No electricity, no telephones, no vehicles. Nothing to ease the rigors of life. Life is fraught with endless work and limitless opportunities to flounder and fail.

In the beginning, all of that so clogged my senses I could hardly see or hear the people I was called on to serve, and I began to suspect I wasn’t made of the stuff of midwives after all.

You can read the first excerpt we posted from Chapter 1 here, or get A Midwife in Amish Country in hardcover or Kindle version here 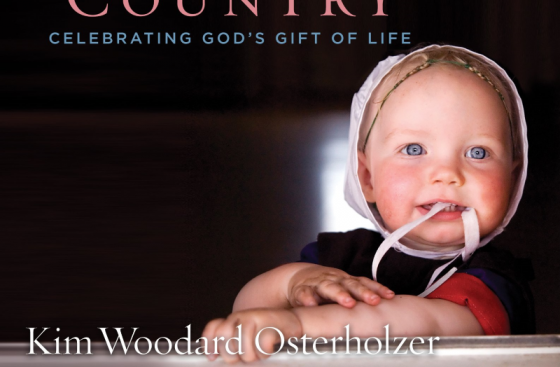