The accident here does not at all appear to be the motor vehicle driver’s fault, to make that clear right off the bat. The buggy had four children in it, ages 13, 10, 8, and 6, one of whom was driving (presumably the 13-year-old) when the accident happened on Monday afternoon.

The buggy passed through a stop sign without stopping, and was hit by a pickup truck. This happened on the eastern side of Cattaraugus County, New York, which has a smallish community (the large Conewango Valley settlement is on the other side of the county). From wivb.com:

“The operator of the pick up truck, once hitting the vehicle, did get out, all the children were ejected,”* said James O’Callaghan, public information officer NYS Police Troop A. “He did provide aid for them, troopers were close by and medical staff were able to get there quickly. We did use mercy flight for one of the children.”

*I corrected this quote slightly, which was mis-transcribed from what O’Callaghan actually said, see video below

The buggy in the aftermath of the accident looks really bad, as you can see in the photo below. All four of the children went to the hospital and two are in critical condition. 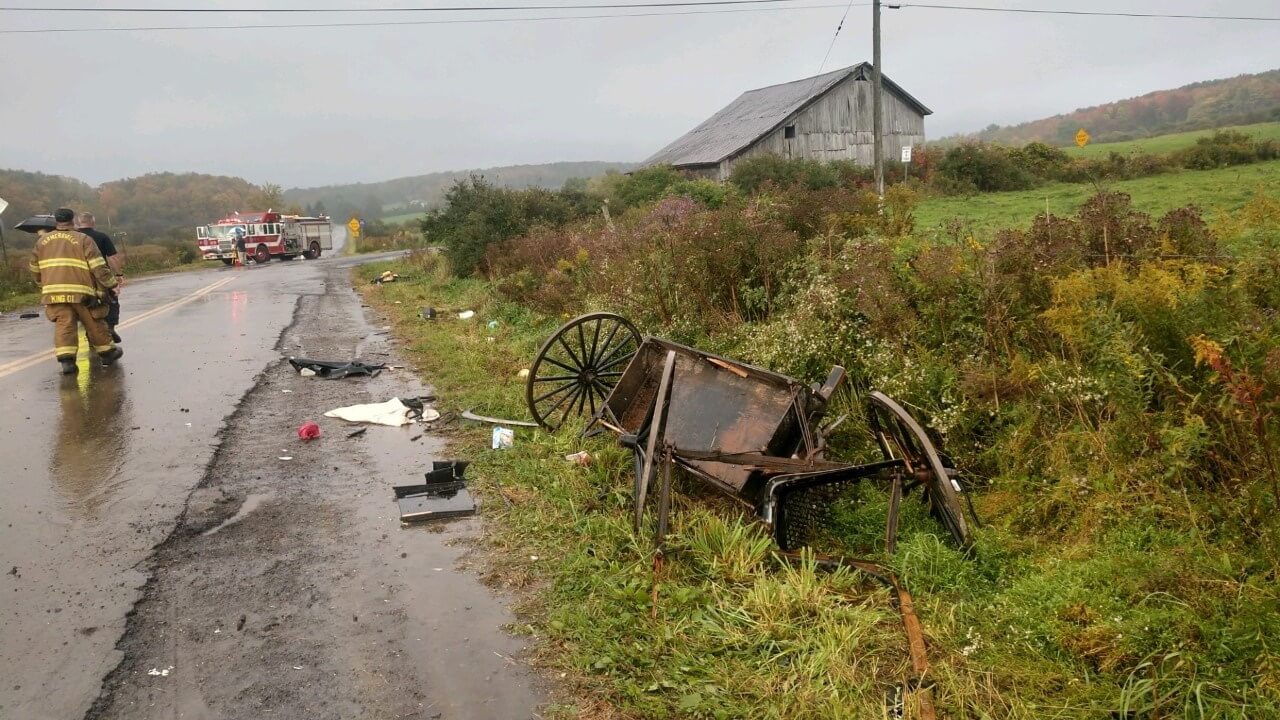