5 Reasons The Amish Are “Not As Spooked” About Coronavirus

I didn’t plan to post so much on the coronavirus situation. But then again no one expected it to be this disruptive.

So here’s one more piece – but one which I hope presents a different and possibly helpful perspective.

I’m not going to say that I agree with everything advocated here from the Amish side.

But I will say there might be something valuable to take away from within these 5 points. 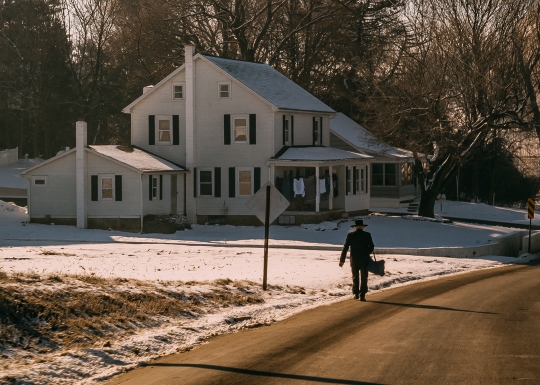 This York Daily Record article came out yesterday giving the perspective of Amish in Lancaster County regarding the COVID-19 event we are currently going through.

While it focuses on Lancaster County, I believe the overall perspective presented in the article is accurate for most Amish.

In short: the Amish are not as worried about it.


Why? I think this boils down to a few factors. The article does a good job of bringing those out. Quotes from the article plus my commentary below.

Why aren’t Amish as worried about COVID-19/coronavirus?

1. No one has gotten sick yet in their communities.

There is a feeling of being somewhat isolated from the disease, as one Amish woman in the article, going by Mrs. Stoltzfus, explains:

“Sure, I’ve been telling my children to wash their hands more with soap, but we’re not constantly being reminded of it. And I think we’re less likely to come into contact with it in our communities.”

So it can feel like an English thing or something happening “out there”.

That could change if and when several Amish people come down with severe symptomatic infection that lands them in the hospital (though, that’s not guaranteed to happen). 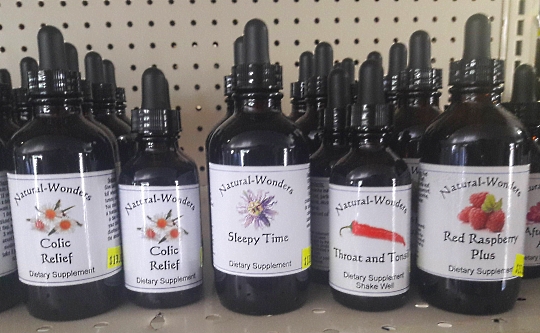 Ruth Lapp said she always let her babies crawl on the floor when they were young. And when her children complain of a sore throat, she gives them a spoonful of vinegar, a remedy she says could cure any infection.

She believes this “priming” of the immune system, makes the Amish less susceptible to a major health outbreak.

“It’s important that your body fights on its own…most of the time it can fight its own things,” Lapp said. “And it’s not that we’re against doctors, but we try to take care of ourselves first. If we go to the hospital, we would probably be exposed to more germs.”

This fits with an approach common among Amish, of treating ailments first at home with family remedies, and conventional medicine a second-line solution for many. 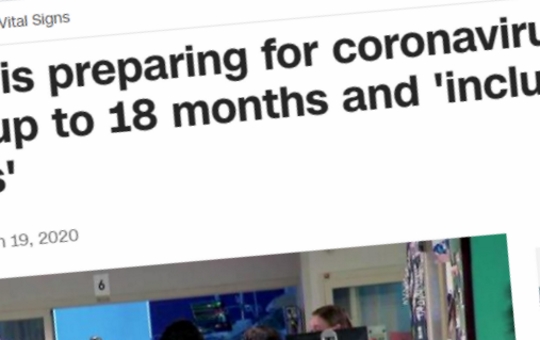 3. They are not constantly bombarded with scary headlines and predictions.

That’s why Lapp, an Amish wife and mother living on a farm in Paradise, Pennsylvania, is calm as she talks about the novel coronavirus. It’s not something that is on her mind much, she said — a statement that contrasts sharply with the rest of Pennsylvanians amid the governor’s sweeping shutdown of businesses and state services.

When asked how the Amish community is responding to the recent outbreak — the hysteria even — she replied: “How should we be responding?“

Mrs. Stoltzfus, an Amish housewife who preferred to be identified only by her last name, said her community is well aware of the pandemic — “But we’re probably not as scared.”

“We aren’t watching the news all day like everyone else, so I would say we aren’t as spooked by the coronavirus,” Stoltzfus said.

Not having a smartphone which pings you with every new death report is probably psychologically healthy at a time like this.

And while not at all completely isolated, Amish are to varying degrees separate from English society – having their own stores, social circles, etc.

Thus they are not hearing as much constant chatter/dire predictions/panic related to COVID-19 and coronavirus.

4. Different view of what “healthy” means.

“The Amish view health as ‘Can I do my job? Can I get up in the morning and work?'” Nolt said. And with that perspective, preventive medicine can take a back seat. “The Amish value tradition too and that can trump the authority of modern medicine or the claims of science.”

If you’re getting up every day and functioning and feeling good, you’re not worrying about if you might be an asymptomatic carrier – a walking “disease vector” – to use a term that’s been out there a lot lately.

Amish on the whole have a strong Christian faith, believe in an afterlife, and accept happenings and tragedy as part of God’s plan.

When you see yourself as just passing through this world, with a living hope of reaching a better place after a faithful life well-lived, that can help you to fret less about worldly dangers.

This is a message Amish are constantly hearing from their preachers and reading in daily devotions and so on.

That makes for a calmer and less anxiety-ridden person than one who is getting 24/7 scary headlines – and who maybe believes this world is all there is.

To recap, the quotes above were taken from members of the Lancaster County community, the largest Amish settlement.

It is located in a pretty densely-populated part of the country, and it has many business and other ties to the non-Amish world.

I would say that in a smaller, more isolated, and/or plainer community, some of the factors listed above (especially #1, 2, and 3) could be operating at an even stronger level.

It looks like the idea of hand sanitizer and frequent handwashing has taken hold. Though church services continue in Amish communities, the social distance concept might not be a bad idea, at least until the course of things reveals itself, and especially for higher-risk people.

We’ve seen some signs of that with at least some Amish schools being closed, and multiple mud sales now canceled.

Despite what some might feel, the Amish are not that isolated, or immune to coronavirus. It could very well be that a week or two from now the disease has appeared in their communities and many are stricken. Or, it may pass by with mild to little impact.

There are a lot of predictions and prognoses happening out there now about what could happen with COVID-19 in general. Only time will tell.

Ethridge, Tennessee
1500 Amish in the Heart of the South
Amish America
Get updates via: RSS