5 (More) Reasons Why The Amish Fascinate Us 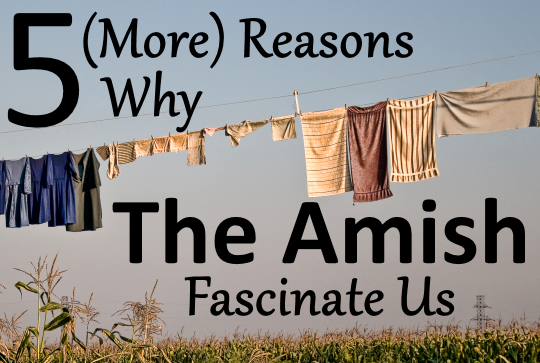 I thought about this the other day. You see, I have Google set up to spit out stories which contain the word “Amish”.

The article I’d landed on had a passing mention of “Amish Country”. But–surprise–it turned out to not be about the Amish at all.

This wasn’t the first time that had happened. I suspect writers and editors try to find ways to work “Amish” into their stories if possible.

They know that public interest is there, and the word itself simply attracts more eyeballs. 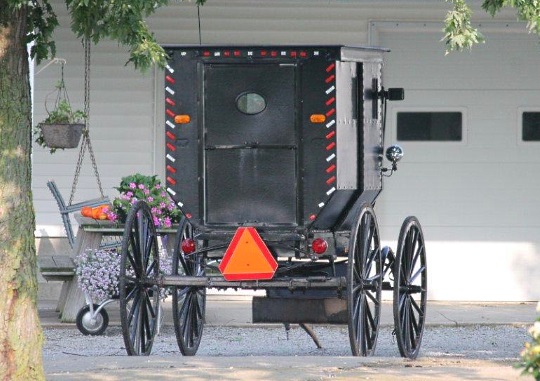 There is no one simple answer to “why are we interested?”, of course.

But, I’ve come up with 5 reasons why I believe we–the “public” that is–are fascinated by the Amish.

Some of these might hit the nail on the head for you. Others may not at all.

Do you agree with my ideas below? Why do you think there is such interest in the Amish? Will it continue?

1. They can teach us something about health & wellness…we think

Ever notice how many “Amish health” stories there seem to be? A new one seems to go viral every few months or so.

We’ve seen articles about the Amish lifestyle possibly reducing asthma; diminished cancer rates among the Amish, and how Amish somehow “outsmart” fat genes and weigh less, to name a few.

The latest slew of media coverage was about a supposed connection between Amish, vaccines (or lack thereof), and autism. 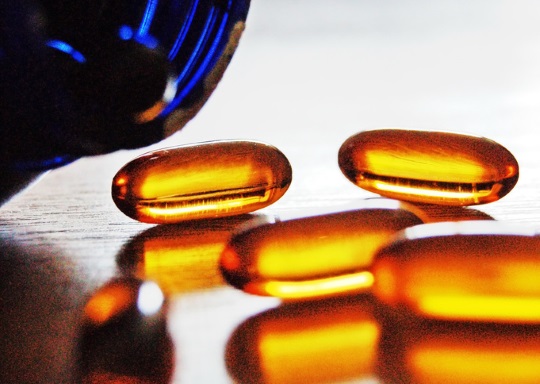 Now, how true any of these connections may be, or how they might apply to us, is up for debate.

But the Amish certainly seem like a healthy, wholesome-living people, and this inspires us to search for the Amish health “secret”. Which may or may not exist.

The idea here is that the Amish and rural non-Amish are not as far apart as one might think. Both groups share “rural values” in common.

This was suggested by a comment by reader Kim H: “Country children are raised with different values than children who are raised in town are. I think that is why I feel a kinship with the Amish in many ways. Its not their difference that draws me, but their sameness.” 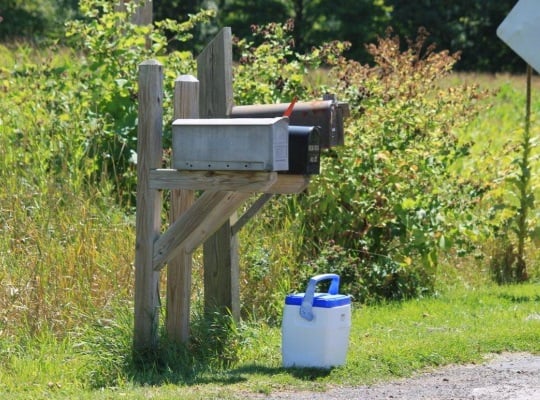 I think people with sterotypically “rural” values observe the Amish and see things they themselves practice or believe in (emphasis on community, simplicity, faith-centered lifestyles, etc).  Amish just somehow seem to do those things better.

3. They have huge families

This probably strikes home more with those who remember when families of 4, 5, or more children weren’t so uncommon.

I’m sure this is one reason my father appreciated the Amish. He came from a family of 7 children, so being on an Amish farm with an abundance of kids running about felt like second nature to him.

But I think this idea also appeals to those who’ve never been part of a big family.

The single child who always yearned for a brother or sister must feel a twinge of envy at the number of siblings you get just by being born into an Amish family. 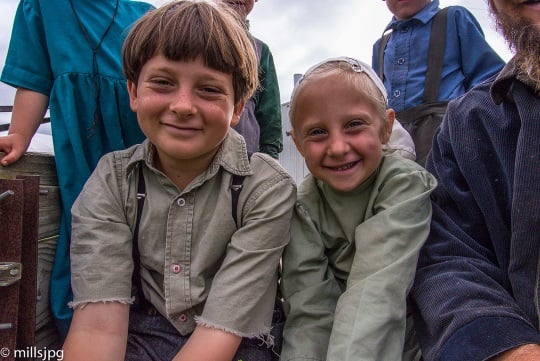 And who wouldn’t want to have an extended clan where you can count on dozens of people who love and support you? As long as they don’t provide too much unwanted attention, of course 😉

In a world where people are increasingly connected but somehow still feel isolated, “family” resonates.

I hesitated to include this one, because it seems outdated and condescending to refer to the Amish as “quaint” or “peculiar”.

But there are certain things about the Amish that appeal to us–simply for their different-ness from all that we are used to.

Ignorance about pop culture can be refreshing. Ditto lack of knowledge about certain technologies (cue Amish elevator joke…). Amish speech feels exotic when the endearingly odd word or phrasing pops up in conversation. 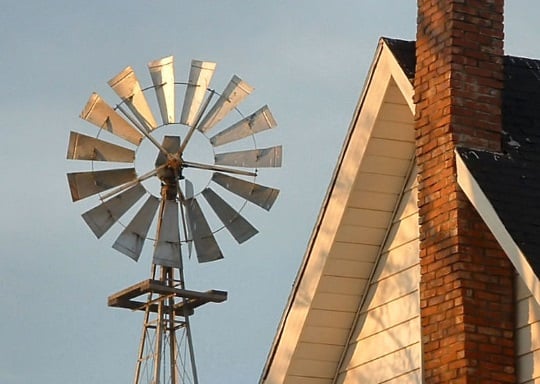 A reader on Facebook had this comment about a popular Amish publication, which I think captures the idea: “Getting Family Life every month is like taking a trip on a time machine where people thought, acted, and communicated differently. Its a fascinating journey that has revealed as much to me about modern society as it has about Amish society.”

Let’s face it, if the Amish dressed like we did, drove cars, and were up-to-date on the latest gadgets, we’d be less interested in them. They’re a foreign culture within our borders, one we can visit whenever we want without leaving the country.

I remind here, that “we” is not necessarily you or I–but I do think a good swathe of the public enjoys seeing Amish news stories when they aren’t the angels or good guys in the tale.

This is probably why the beard-cutting story spread so far and wide, or why Amish Mafia still has an audience. 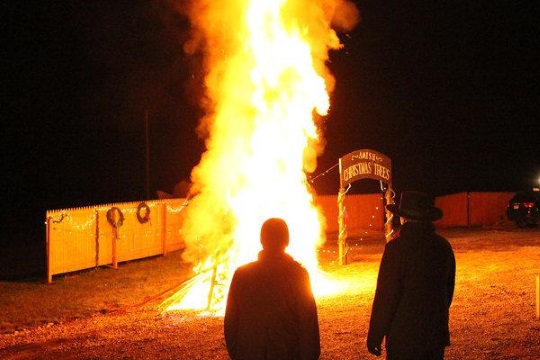 When something or someone is widely portrayed as good and wholesome, an alternative showing a “dark side” is that much more intriguing.