Farmhouse Frocks is a Millersburg, Ohio clothing company run by an Amish-raised woman named Lena Schlabach and her daughters. Though Lena is no longer Amish herself, Amish women are key to this business, which makes plus-sized garments and other clothing. From Root and Vine News (hat tip to DBK):

From the beginning, Farmhouse Frocks has partnered with Amish seamstresses to design and make the clothes sold in their shop. Amish are committed to living a simple life removed from the distractions and temptations of the world. Amish women are traditionally homemakers and often don’t have a job outside of the house; the relationship with Farmhouse Frocks empowers Amish women to do work they are proud of and bring home a paycheck to help supplement their family’s income. 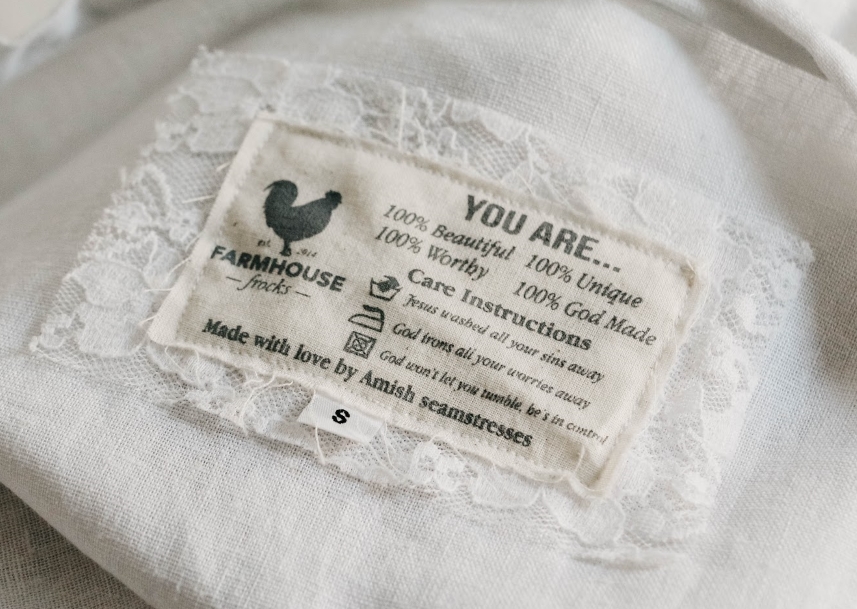 Lena’s business has a heavy Amish presence, including her sister, who is Amish herself:

The partnership between Amish seamstresses and the store is very relational. Lena grew up Amish and speaks Dutch, the primary language spoken in the large Amish community in and surrounding Millersburg. Lena’s sister, who is Amish herself, is the store’s pattern designer. Each week, the store places their new orders with the 30 Amish seamstresses employed by Farmhouse Frocks. Later in the week, since the Amish don’t drive, the company car goes around to pick up clothes. As a result, there’s an intimate and familiar bond formed between the employees at the store and the seamstresses.

Lena’s comments reveal that not all Amish women are that fond of sewing, as some might think. That’s important to who she hires:

“I love the quality of their work,” Lena says. “Their work is really trustworthy.” It isn’t just about the quality of the work, though. Many Amish women can sew, but do they actually like to sew? That important question influences Lena’s hiring process. Pairing people’s passion with their strengths is a key element to Lena’s overall business operations. If a team member is hired for a role that isn’t actually their strength, Lena and her daughters strive to find the right spot for that person to be able to do what they’ re good at and what they love.

Farmhouse Frocks also helped produce a lot of masks this year, partnering with 14 local Amish upholstery and woodworking shops to make over 100,000 of them.