Today we have a winner for the New York Amish book contest, and a short excerpt from the book.  Thanks to all that participated.   Before announcing the winner I just wanted to let you know about our next giveaway.

I had a chance to read an advance copy this summer and thought it was excellent.  We’ll be doing the giveaway for The Amish Way in about 2 weeks, upon the book’s release.  We will have an interview with the authors as well.  So be sure to check back (or subscribe and you’ll get a reminder in your email inbox). 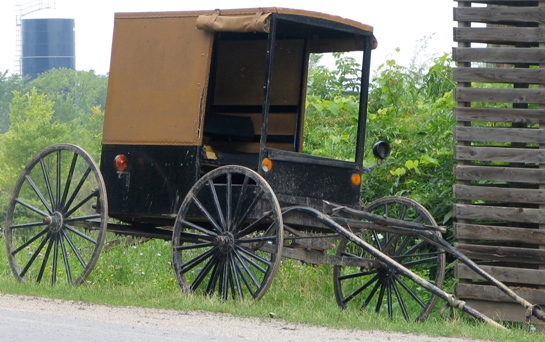 Returning to New York, thanks are due to Karen Johnson-Weiner for her participation.  I just thought this was a great interview and I think everyone else felt the same. I read through your comments and there were a lot from people who were already familiar with Amish in New York, and a lot from readers who had just learned about the Plain presence in the Empire State.  I’m glad Karen could enlighten us on the New York Amish communities, and I hope that you will consider picking up the book if you didn’t win.  Amazon has it here.

I tallied up all the entries, and with all the additional Facebook and blog entries you sent in, there were close to 200 of them.  I just ran the random number generator, and the winner is:

Congratulations Tracy, and if you will email your address to me we’ll have your copy of New York Amish shipped out asap. 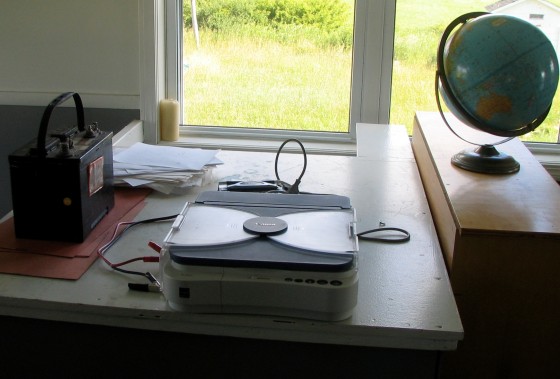 Interior of an Amish school at Clymer, NY

Finally, I’d like to share a short excerpt from New York Amish.  In this excerpt, Karen discusses how Swartzentruber Amish agreed to change their Ordnung and accept an innovative technological solution in the face of economic difficulties due to the failure of  a cheese plant.

Swartzentruber Amish typically do not allow milk cooling tanks on their properties (whereas many other, more progressive Amish do).  Because of this, they can only sell their milk for a lower price as “Grade B”, to be used in cheese making.

I thought this excerpt was particularly interesting as it shows how even the most conservative Amish groups must deal with change and adapt:

This decision has elicited mixed reactions from members of the Swartzentruber community.  Some are pleased.  For example, watching her brother and several other Swartzentruber men construct a dumping station a short distance down the road from her home, one woman expressed her eagerness to have the electricitiy installed so that the farmers could once again ship milk and receive an income.  One young Joe Troyer farmer laughed about the challenges the dumping station posed for his people.  He noted that one dairy farmer had lost a first load of milk after he had put it in his assigned bulk tank at the dumping station.  “It says ‘automatically cooled’, he said, laughing, “but it doesn’t automatically turn on.  Someone has to start it up.” Others are nervous about the change in the Ordnung, even though they acknowledge the necessity.

In allowing the stations, the Swartzentruber Amish had to cooperate across affiliation boundaries.  A woman in a Joe Troyer church community noted that the first station to open in the settlement had been built on land belonging to a member of an Andy Weaver church district, “even though they’re supposed to be so low [conservative].”  Asked if this meant that the three groups were now of one mind, she smiled and replied, “just in the milk business.”

More equanimously, a Swartzentruber bishop, acknowledging that the dumping stations were a sharp departure from past practice, put the change in Amish perspective.  It would, he noted, make it possible for young men to keep farming, helping to ensure that life in the community would remain agriculturally based.  With a more secure income, there would be less need for farmers to hire out to do carpentry or other work outside the community.  Finally, he argued, building dumping stations was really “a step backwards,” a move away from the modern world.  Because milk truck drivers would no longer go to individual Amish farms to pick up cans of milk, the dumping stations would make the non-Amish world less intrusive in the daily life of the Swartzentruber settlement; farmers would deliver their cans of milk to the dumping station by horse-drawn wagon.