That’s the approximate Amish population as of July 2007, according to estimates done by the Young Center for Anabaptist and Pietist Studies at Elizabethtown College. 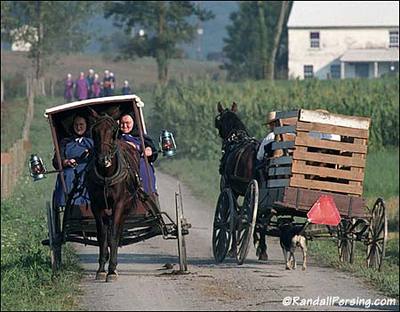 The number is rough, taking a national estimate of 135 people per church district and multiplying it by the total number of districts.  The authors admit that this is probably a conservative figure, as some districts have up to 170 members and non-members (usually meaning unbaptized children).

Twenty-seven states (and Ontario), 400 settlements, 1600 congregations.  Nearly two-thirds of the Amish reside in Ohio, Pennsylvania, or Indiana.  On the other end of the spectrum, six states are just barely hanging on to Amish status with a single church district each:  Florida, Maine, Mississippi, North Carolina, Texas, and Washington. 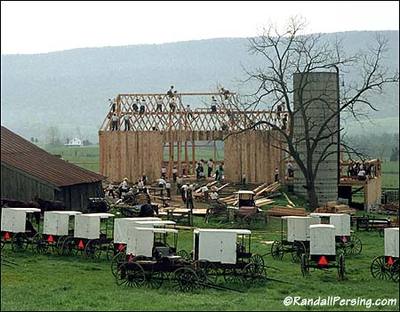 Another interesting ranking:  the top twelve Amish settlements by size.  My only qualm with this is that it goes by number of church districts.  It would be pretty simple to calculate more accurate population numbers by looking at recent church directories, and averaging the number of families per church district in a given settlement.  Why does it matter?  Does it matter?  If you’re into statistics like I am then maybe so.  If not then skip to the next post!

Some settlements have much larger church districts than others–for example Nappanee, Indiana Amish churches tend to be on the small side, while some in Allen County, Indiana are massive by Amish standards–with one having 59 households as of 2006.  I can confidently say that Allen County, five places behind Nappanee, with 17 church districts vs. Nappanee’s 33, is a lot closer in size to Nappanee than it seems to be going by these numbers. 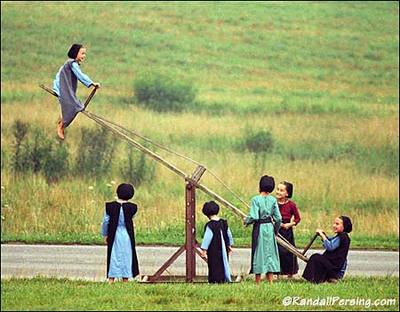 In fact, Meyers and Nolt have these numbers in An Amish Patchwork.  They calculate the average size of a Nappanee district as being 27 households, while the average Allen district is comprised of 47.  That would make 891 households for Nappanee, and a much closer 799 for Allen County.

Ah, what a nerd I am.  But I keep seeing these stats and have always felt they were a little off.  Anyway, the Amish are growing ‘like mushrooms after rain’, as a certain Polish idiom has it.  Barring a sea change in Old Order practice, the Amish population should double in the next 20 years or so.