How many social media friends do you have? And how many would you also consider “real-life” friends?

I have some who fit both categories. But with hundreds of online connections, it’s literally impossible to keep up, in a meaningful way, with everyone.

Jeff Smith, who wrote Becoming Amish on the conversion journey of Bill and Tricia Moser (see posts on the 6 richest aspects and 5 challenges of becoming Amish), today writes about the life of a different Jeff. I thought this gave a lot of food for thought, and I hope you do too.

My brother-in-law, Jeff, was a plumber. Or at least, that’s what we’d say in America, because we so identify people with careers here. But he was also a husband, a father of three boys. He was a devoted Ski Patroller, he was a cyclist, he helped build trails for mountain bikers, he hunted, he loved working on cars and trucks, loved off-roading.

Jeff lived life up close, tactilely. And nowhere was this more evident than in how he made bonds with people – and in this way, I felt he lived his general society American life sharing some of the most important principles of Amish culture.

He never had a Facebook page. Never posted a single photo to Instagram. Never sent one tweet. Not even sure he did much email. In today’s world, to be so removed from digital interaction like that might suggest he was isolated, detached, a loner. But the opposite was true, as is true with the Amish. 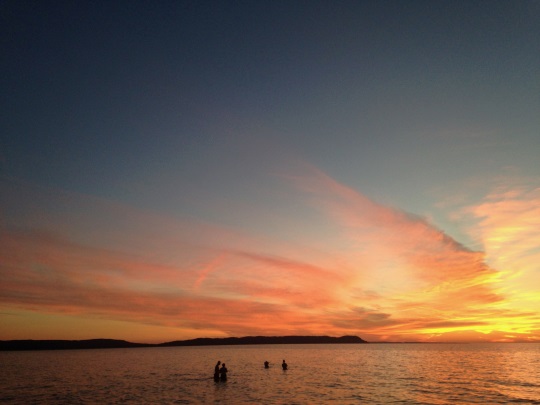 When my brother-in-law passed away recently at the far-too-early age of 53, about 500 people showed up for his Rosary service—this was not his funeral or a memorial service, it was simply a Rosary said in his honor. I stood with our family in a receiving line, in a hallway in the church.

The line ran down the hall, out the church, down the steps and well along the sidewalk. And as the visitors shook my hand and expressed their condolences, there were two sentiments expressed over and over again. One, so many people said these exact words: “He was amazing,” and two, paraphrasing, When Jeff was with you, he was so present, he was so with you.

It was so wonderfully clear that these people were at the service not out of some professional acquaintance obligation. They were there because they felt a true and legitimate connection to him, and in his one-on-one, in person, three-dimensional, so human way, he had built a huge and devoted fan base rich in authentic relationships. Of course, he would never use the phrase “fan base” and would most likely be horrified that I just did, but it’s true.


Not a single person at the service was a Facebook “friend.” But, on Facebook, people did talk about Jeff. One woman wrote about how he helped her become a ski patroller with nonstop encouragement and training, and he even helped a woman from Hawaii who had never skied become a patroller in three months. A man wrote about how Jeff helped carve the single-track mountain bike trails that run through a forest east of town. People said if he suspected, say, a single mom couldn’t afford his plumbing work, he just wouldn’t charge her.

Lately I’ve been thinking a lot about the gap between true human friendship and social media relationships, because I recently wrote a book, Becoming Amish, about two lifelong friends of mine who left a striver life in one of America’s wealthiest communities, Grosse Pointe, Michigan, and joined the Old Order Amish.

One of my main takeaways was to be so impressed by how the Amish live life in such a deeply human way, at such a connected level. Bill and Tricia Moser, my friends who became Amish, told me that visiting is what the Amish do for entertainment. They sit with one another, they tell stories, they share meals, they sing songs. When the Amish go on vacation, Bill told me, they don’t even call it vacation, they call it “going visiting,” and they travel the nation stopping in to see friends. 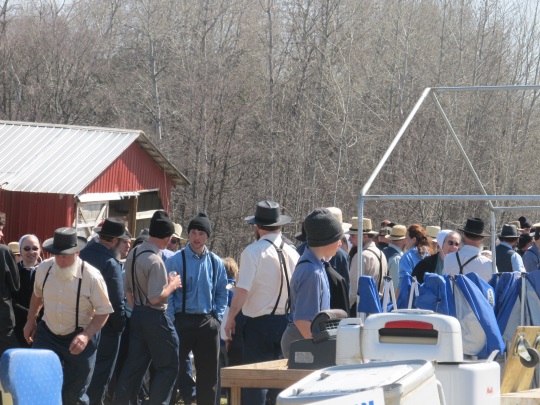 At one point, in talking about this with Bill, as he described a nonstop litany of his family traveling to visit others and others traveling to visit his family, I came to realize Bill and Tricia are, in fact, the most connected people I know, and, like my brother-in-law, they had built a bigger and far richer world of relationships than anybody I knew without ever using digital media.

They achieved this by thinking one relationship at a time, by being present, by serving others in a daily, moment-by-moment way. In essence, by thinking very small and intimate, they achieved something very big and vast, something that Facebook’s army of Ph.D. computer scientists cannot match because their goal is the opposite: big numbers of encounters, but shallow interactions one and all.

I’ve come to believe that social media is not so much an enhancer of friendship as it is a replacement for friendship, a proxy for friendship. Facebook is to friendship what sugar is to food. Yes, sugar is, technically speaking, food, but it does not nourish us, and if you stopped eating real food and ate only sugar, you would die. Likewise, Facebook and other social media relationships are, technically speaking, relationships, but they do not nourish us, and if that’s what we survive on socially, we too become sick and isolated and unhappy.

Public health science is showing this to be true. Back in 1980, 20 percent of people in a survey described themselves as lonely. The survey was recently re-done, and 40 percent of people described themselves as lonely—a doubling of loneliness concurrent with the rise of social media. Obama’s surgeon general, Dr. Vivek Murthy, made reducing isolation one of the cornerstones of his term because the health effects of isolation are so great—equal to smoking, worse than obesity. “Live a connected life,” he told graduates at a commencement gathering. But he did not mean connected in the digital sense. He meant connected in the Amish sense, in the three-dimensional, warm touch, look deep in the eyes way. People with strong, honest, legitimate connections live longer and are happier on life’s journey. 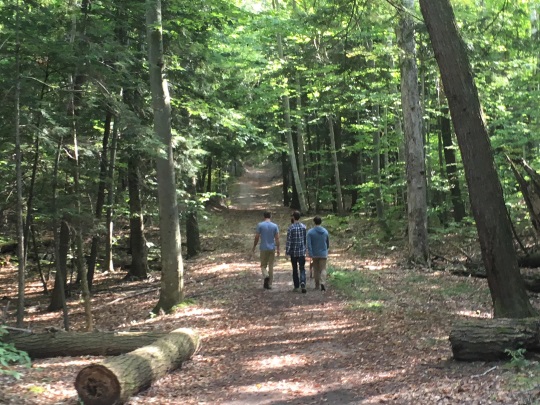 At a family gathering after my brother-in-law passed, one of his nieces told a story of a time when she was pregnant, her feet had become painfully swollen on a hot day. Her uncle, my brother-in-law—trained as an EMT—immediately knelt down and began massaging her feet. It felt so good and offered his niece immense relief. She felt that moment was such a clear example of who her uncle was and how he moved through the world.

I enjoyed learning about that moment in my brother-in-law’s life, but I found something richer in it as well. When Bill and Tricia Moser joined the Amish, one of the practices they found so powerful was the Christian foot-washing ceremony that their churches do at communion service twice a year.

The men pair with men and women pair with women, and in pairs, they take turns washing each other’s feet. “This is not a light splashing of water, this is a full-on washing,” Bill told me. The power comes from bending to the feet of a brother or sister and serving them in this most humble way, and feeling the connectedness. For similar reasons, Pope Francis has encouraged Catholics to bring foot washing back into their regular practice.

When my brother-in-law knelt to massage his pregnant niece’s feet to give her relief on a hot day, I’m pretty sure that, though he was a Christian, he was not thinking of Jesus’s directive to his disciples after he washed their feet—doing the work of slaves—at the Last Supper, “I have given you an example, that you should do as I have done to you” (John 13:15).

But my brother-in-law’s act of serving did show his innate understanding that human relationships are central to our lives, to our spirituality, and that it is important we serve one another, and that we connect in up close, warm, three-dimensional ways. Our world is diminished when we interact only from behind the pale and plastic glow of a computer screen.

Of course, people will continue to use Facebook, and technology will continue to move ahead at an ever-hastening pace. This is undeniable. But I’ve come to believe our only hope in successfully navigating that future is to simultaneously and with equal effort dive ever deeper into our own humanity and to share our humanity with others in person, with a handshake, a hug, a look in the eye, to serve in ways big and small, as my brother-in-law moved naturally through life, as the Amish serve one another.