Over the past decade, Amish fiction–and in particular the romance novel–has boomed in popularity.

Valerie Weaver-Zercher joins us today to discuss the genre, including the history of the Amish romance (not as new as you might think), who reads–and writes–Amish romances, and what Amish think about them. 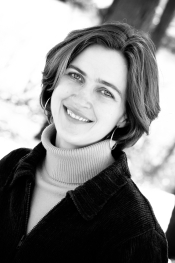 Valerie is a writer and editor whose work has been published in the Los Angeles Times, Chicago Tribune, The Christian Science Monitor, Christianity Today, Sojourners, and other venues.

She’ll be delivering a lecture talk on the history of the Amish romance this coming Thursday (Nov. 17) at the Young Center at Elizabethtown College (details below).

Thanks to Valerie for answering a few questions on the Amish romance genre.  I think you’ll enjoy this:

Valerie Weaver-Zercher: You’re not the only one, Erik. A lot of people are surprised to hear that the first Amish romance novel was actually published in 1905, over ninety years before Beverly Lewis’ The Shunning appeared.

Helen Reimensnyder Martin’s Sabina: A Story of the Amish was the first Amish romance novel to appear in the market. Martin’s writing, called “local color writing” or “regional fiction,” portrayed the Amish (and, in her other books, Mennonites and other Pennsylvania Dutch) as peculiar, backward, rather unintelligent people: inbred, oppressive, and opposed to progress and freedom of all kinds. 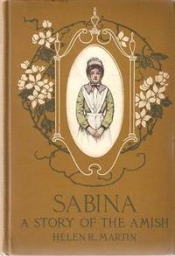 Three years after Martin’s novel appeared, Cora Gottschalk Welty’s The Masquerading of Margaret offered an inverse portrayal of the Amish. Welty’s Amish were exemplary, and her main character, a socialite from New York who comes to stay with Amish relatives for a time, becomes changed by the purity and goodness of the Amish.

Neither of these books contained the evangelical Christian spirituality that most of the current Amish-themed romance novels do. A few more Amish romance novels were published in the first half of the twentieth century, but not until the 1960s did an Amish novel appear on the market that included a devotional engine to the plot.

There are lots of other examples of twentieth-century Amish romance novels, especially titles released by Miller’s publisher Herald Press in the 1980s—too many to mention here! These twentieth-century Amish novels may be buried beneath the avalanche of contemporary ones on the market today, but they do exist, and demonstrate that literary affection for the Amish existed long, long before 1997.

What sorts of themes have commonly appeared in the Amish romance novel? 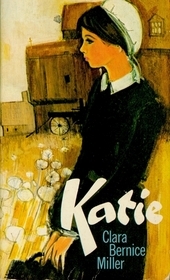 The role of evangelical Christian piety in the plots and themes can’t be overstated, at least in most of the contemporary Amish novel field. Most Amish romance novels, with few exceptions, reside within the genre of inspirational fiction, and as such, the devotional arc of the stories is absolutely central. The protagonist’s faith development is, in many books, as crucial as the romance that emerges.

What differentiates it from mainstream romance writing?

Certainly the chasteness of the romantic narrative is a marker of Amish fiction. Although the term “bonnet ripper” has become a popular and jazzy way to refer to the novels, they have little in common with the arousing “bodice ripper” that the reference calls to mind.

Who has traditionally been the audience for this genre?  And the writers?

Great questions. Both audience and writer profiles have changed. For those early twentieth-century Amish romance novels, one scholar has pointed out that the readers were largely white, privileged Americans coping with rapid industrialization, people who had only recently gained time for such leisure pursuits as fiction-reading and who were interested in narratives of rustic, traditional societies. 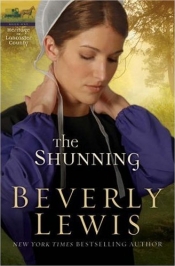 Then, with Mennonite publisher Herald Press being a major producer of Amish novels for many years between the 1960s and 1990s, the writers and audience would have been primarily Mennonites and other Anabaptists. And now, the audience and writers of Amish romance fiction are largely white, evangelical Protestant women interested in a “clean” or “gentle” read—although every time I start to think I have a handle of Amish fiction’s readership, I discover another exception to that rule!

What do Amish think about Amish romance novels?

I’ve heard the whole gamut of responses from Amish people about the novels, from Amish folks who like the books to those who are critical of them. Many Amish people I’ve spoken with are aware of the books, curious and a little befuddled about why they’re so popular, but not particularly affectionate or offended by them.

What will you discuss in your upcoming Young Center lecture?  Can you share details for anyone who’d like to attend?

In my lecture I’ll trace the genealogy—literally—of the contemporary Amish romance novel, going into more detail than I have here. I’ll be naming some of the ancestral relatives of the subgenre, including a perhaps surprising choice of the “mother” of Amish fiction, as well as some “feuding uncles” and “wayward cousins” of Amish romance fiction.

As far as details: my lecture, “Thrill of the Chaste: Tracing the Ancestry of the Amish Romance Novel,” will be Thursday, November 17, at 7:30 pm, at the Young Center for Anabaptist and Pietist Studies at Elizabethtown College.

More info on Valerie’s lecture at the Young Center website.