The Unity, Maine Community Market Has Burned Down

This Amish market has become fairly well-known, featuring in media coverage over the years. It also became popular in its own right, thanks in part to its weekly Wednesday “Donut Day“. 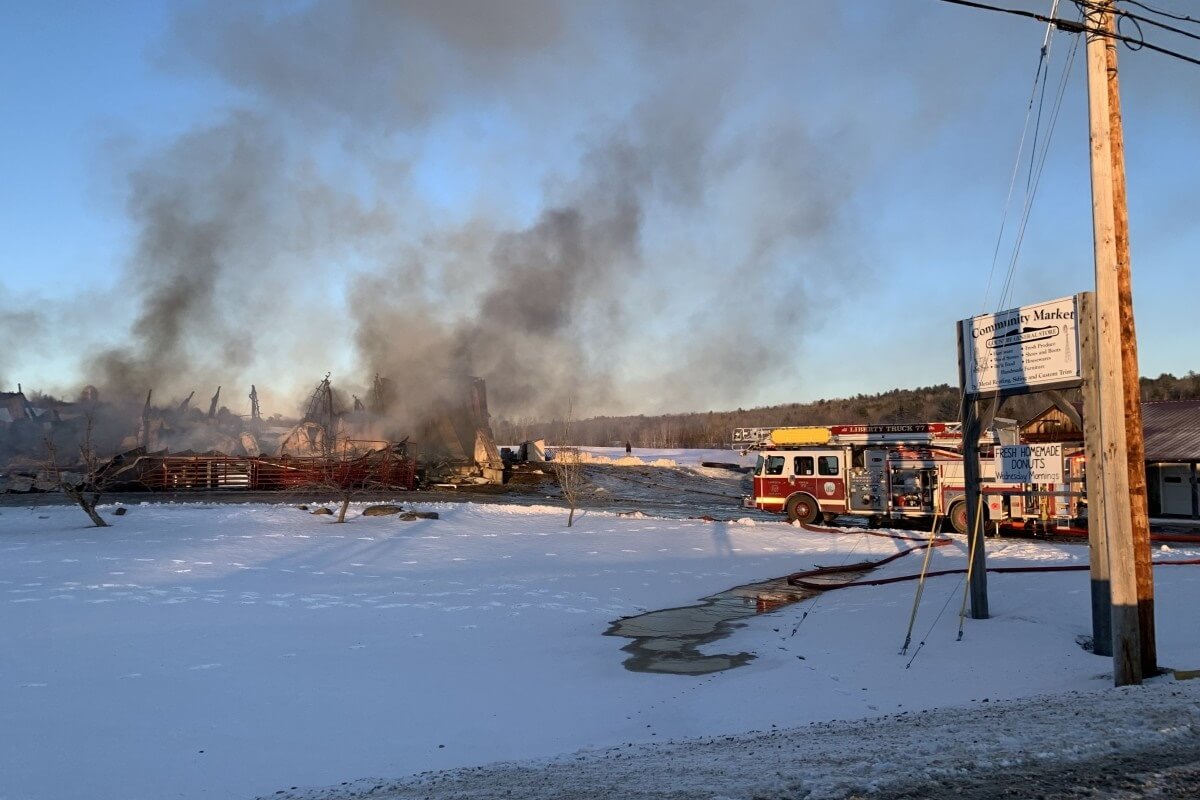 UNITY, Maine — The Amish Community Market and Bakery in Unity burned down on Thursday, leaving a smoldering, smoking heap of metal where the community gathering spot known for its Wednesday doughnuts had stood.

The store, run by members of the Amish community, drew accolades over the years from near and far for its well-crafted baked goods, drawing visitors from all over.

Nobody was hurt in the fire, which drew companies from nearly a dozen surrounding towns to try and quell the blaze.

Unity Fire Chief Blaine Parsons said that the first firefighters got to the store at about 2:30 p.m., when it was already engulfed in flames. The store is always closed to the public on Thursdays, and two employees made it out safely.

“It happened super fast,” he said of the fire.

A young woman had been working in the bakery, getting ready for Friday, when she suddenly heard a crackling sound from a wall near the boiler. She ran to get help, but it moved quickly.

“My brother-in-law was coming down from stacking ice. By the time he saw it, there was flames coming out of the skylights,” Smith said. “By the time they actually got there, which was maybe a minute later, it was blasting the windows out. So it went super, super fast, and really hot.”

The store will be missed, at least until it’s rebuilt, which if it happens, I assume will happen fairly quickly:

By 4 p.m., firefighters from Unity were continuing to douse the smoldering heap with water while other fire and ambulance companies began to pack up. Amish people watched from nearby, their old-fashioned dresses and other clothing making a contrast with the firefighters’ grimy turnout gear.

The store plays an important role in the region, especially within the Amish community.

“It’s definitely one of the center points of the entire community,” Emily Newell, a captain on the Unity Fire Department, said. “This is awful.”

Smith said the family will “probably” build the store back again. It was funny – though that word doesn’t feel right – to see this news today, as I was just telling someone about this store in the comments to a YouTube video a day or two ago.

Sorry to see this happen as from all I’ve read it seems like it was a well-run place that the community loved. No doubt a gut-punch for the owners, but one of the big pluses of Amish life is being able to depend on community to help bounce back from things like this. That usually manifests in a lot of help rebuilding. A community effort like that would certainly go well with the name of this store.