The Amish on Television 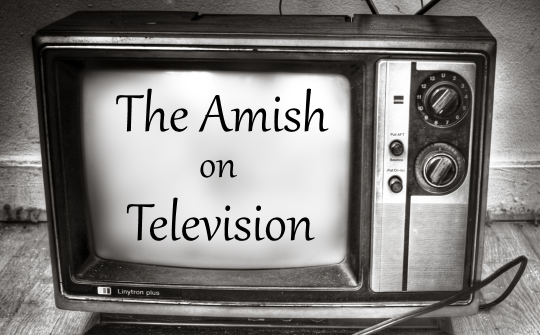 There is little to nothing that suggests an “Amish mafia” actually exists. Both Amish and non-Amish local citizens dispute the depictions presented on the show. Amish which we have spoken to on the matter have expressed exasperation, annoyance, or a sense of humor on the existence of a supposed behind-the-scenes group of “enforcers” in Amish society. What’s more likely is that producers have helped to spin a narrative around individual happenings.

In fact, when asked by a reporter about the “Amish mafia”, star of the show “Lebanon” Levi responded that “There is no Amish mafia. There’s the Amish Aid. The producers just came up with that name and thought it would be cool for TV. So, it’s all about Amish Aid – how Amish Aid runs.”

No. Though some youth engage in wild behavior, most Amish have a relatively tame Rumspringa experience. The experiences of youth on the show should not be considered typical or representative of what most Amish youth go through during adolescence.

Why are there so many Amish television programs?

One likely reason is that public fascination with the Amish and demand for information about them has created an opportunity for networks and production companies. Besides the above-mentioned “Amish Mafia” and “Breaking Amish“, Amish have been the subjects of home improvement series and made-for-television films, alongside programs about former Amish.

Do the Amish ever watch TV?

Amish do happen to view television from time to time, whether it is while visiting an English friend or neighbor, or in a public place or business such as a doctor’s office. Amish do not own televisions nor do they encourage watching them, however.

What programs or films are reliable sources of information about the Amish?

A good documentary is The Amish (PBS, 2012), made with extensive input from both Amish and academic experts. You can view that film in its entirety here. Burton Buller’s films The Amish: Backroads to Heaven (2007) and The Amish: How They Survive (2012) are also good choices.