This Amish Family Will Serve You Dinner

I often get questions from readers wanting to have a “deeper experience” when they visit the Amish – something more than a buggy ride or buying canned goods at a roadside stand.

For instance, there are a few Amish lodging places though they are not common. There are also families who will host you in their homes for a meal.

Often you need to set this up in advance, come with a group, and you may find they fly a bit under the radar, so to speak. 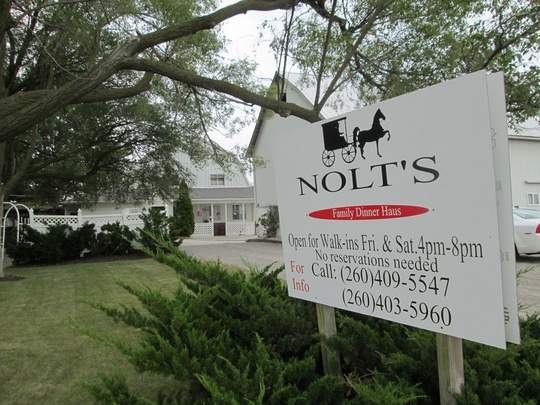 Nolt’s Family Dinner Haus in the Allen County, Indiana community (Grabill) is a bit different. They don’t require reservations. You can simply walk in on Fridays and Saturdays from 4 til 8pm.

The business is run by Barbara and David Nolt. The Nolts’ story is an interesting one.

To my knowledge this is the only Nolt household in the Allen County community (you’ll rather see a lot of old Swiss Amish names, like Schwartz, Lengacher and Raber).

There’s a reason why the Nolt name is rare here:


Barbara and her family are members of the Old Order Amish. She and her husband, David, have been married since 1979. The story of how they met and how Nolt’s Family Dinner Haus came to be is one for the romance books.

Barbara was 32 years old and the mother of three children when her husband, age 34, died of a heart attack.

Two years after becoming a widow, Barbara met David Nolt. The Decatur resident was not Amish but was hired by the Amish to drive them places because their religion forbids owning vehicles. They also are not allowed to have their photos taken.

Barbara and David fell in love. David chose to join the Amish culture after the couple decided to marry. “He was kind to my children, and God told me he was OK,” said Barbara.

Allen County is not really a tourist-oriented settlement, especially compared to other places like the Shipshewana area or Nappanee. 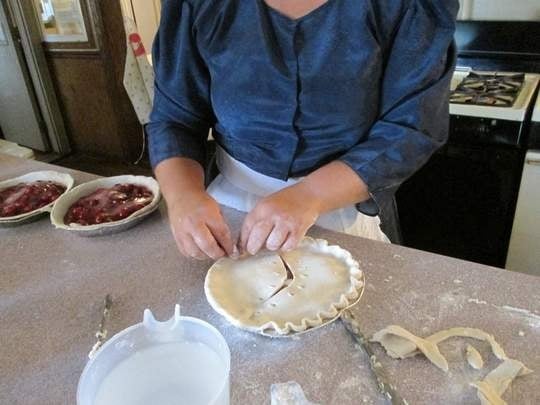 But if you’re near Fort Wayne, or looking for an alternative to “Dutch Style” mass eateries, you might try stopping in for a meal.

The place seats 160, so it’s not like you’re going to be sitting with an Amish family at their kitchen table. But I’d be surprised if it wasn’t tasty.

Have you ever had a meal at an Amish home or establishment?