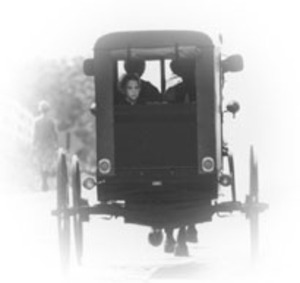 ‘We didn’t get out soon enough.’

In an article (no longer online) from the Toledo Blade, an Amish patriarch talks about moving from a liberal settlement to a more conservative one.

This grandfather of 82 laments losing his two oldest boys to the world.  Had the family moved sooner, they may have avoided the influences that caused his sons to leave the faith.

The Amish think one or two or more generations ahead.

An Ohio Amish minister once explained:  ‘I have nothing against Catholics, Mennonites, other religions.  I could even be Mennonite for example, it wouldn’t be a big deal.  But then what happens later on down the line?  Maybe for my kids or grandkids, divorce will be okay.’

This is why owning television and cars are off limits.  Not because they’re evil–they’re not–but because of what possessing them might lead to.

The Amish parent takes on a mighty responsibility–not only for his or her own soul, or the childrens’, but for all the others’ yet to come.