The Amish and hunting with guns 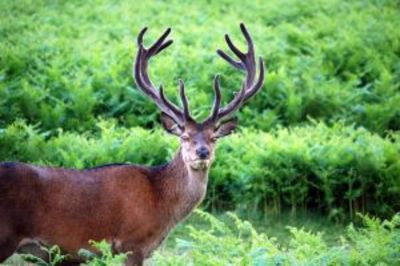 Being a well-known pacifist group, people sometimes wonder if the Amish use guns for hunting.

John at the Spokesrider has posted a few questions on this topic, which I’ve been meaning to get to for a while (thanks John!).

I remember while in the Arthur, Illinois settlement a few years ago being surprised to learn that the Amish do use guns for hunting.  Since that time I’ve found that many Amish are avid hunters and I’ve had numerous conversations with them about the sport.  Admittedly, I have never been hunting and would probably be ahead of the game if I made it out of the woods without a hole blown through my foot.

Hunting trips out West, to Canada and other northern points are not uncommon with some Amish, though other groups would frown upon such out-of-the-way pursuits.  Many Amish hunt on wooded parts of their own land or that of a relative or neighbor.  An Amishman I know in Holmes County has a plot of land in another part of the settlement used primarily for hunting purposes.  He has a time-operated camera set up on the property which photographs animals in order to learn about their feeding patterns.

A rare photo of a bobcat, taken by this camera rig, recently caused a stir in the neighborhood.

On a couple of occasions I’ve seen the random Amish farmer or his sontrolling the fields with a rifle slung across his back.  Varmint hunting?  Infidel deer?  Chances are he was looking to eliminate threats to his crop. 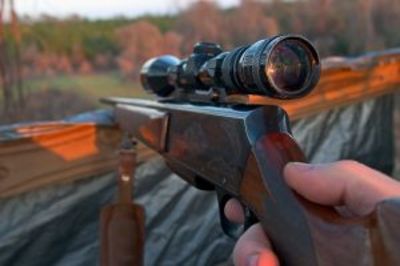 Bowhunting is also popular with many Amish.  It seems the compound bow is more challenging than the crossbow.  At an auction I attended fairly recently near Winesburg in Holmes County, Ohio, the first night was dedicated to hunting equipment, with many bows up for sale.  Some Amish become good shots, often practicing at home with fake deer targets.

This year in Ohio due to overpopulation, deer hunters have been able to buy licenses to shoot more than the standard limit (which I believe is normally two if I’m not mistaken).  Most Amish hunters I spoke with when in Holmes County in September were doubtful they would go for all six.  A deer, once shot, usually becomes venison for the family.  One or two is often as much as the freezer will hold, so most Amish it seems would be unaffected by the raised limit.

Perhaps part of what makes deer hunting more acceptable is the fact that the meat is put to use.  Though I have seen some fine trophies in Amish homes and shops, and know of numerous Amish taxidermists from Pennsylvania to Indiana who do a busy trade, most would find it un-kosher to let the meat go to waste while simply gunning for a prize to hang on the wall.

More on Amish and guns.