Amish in Farmersville, New York have threatened to move if a wind farm is built in their area. They are involved in a conflict between Alle-Catt Wind Energy (owned by energy giant Invenergy) and local residents organized as the Coalition of Concerned Citizens fighting the proposed 117-turbine farm. 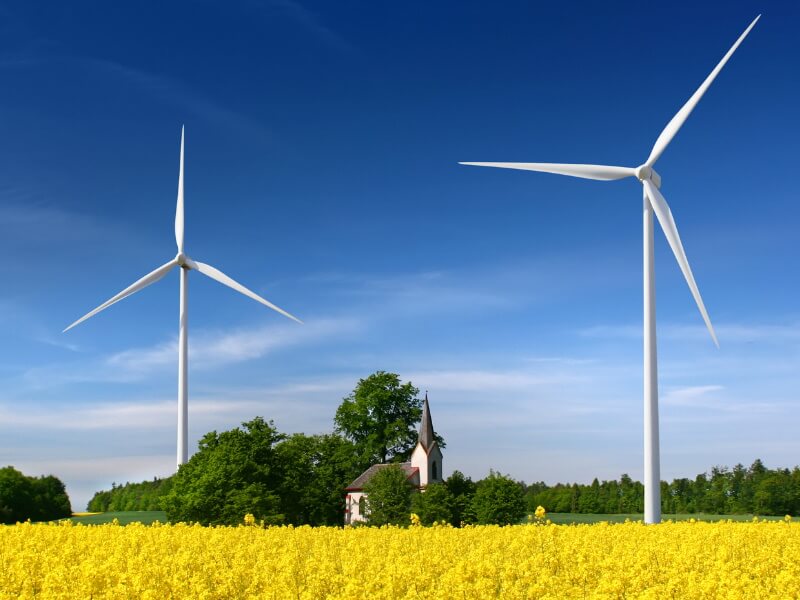 So it’s not just a case involving the Amish (I don’t know that the Amish are even officially in the Coalition). But the Amish feelings have been made known, and will be used by attorney for the group Gary Abraham. Here’s the objection by the Amish, from the Olean Times Herald:

The Swartzentruber Amish also have a community in Farmersville, and are opposed to the wind turbines that could rise up to 600 feet if the developer, Invenergy, prevails.

Abraham argues that the wind turbines will displace 32 Amish families in Farmersville who have vowed to move from the area if they are installed near their homes.

The Amish, who worship in each other’s homes, have claimed their homes as churches with regard to the wind turbines, which would require a greater setback than from homes. Schools also are entitled to a greater setback under Farmersville’s local law.

As it happens the recent Supreme Court gray water case decision in favor of the Minnesota Amish may factor in stopping this wind farm. Gary Abraham says that “’the Minnesota case strengthens my argument.’” Abraham “plans to cite the Supreme Court decisions in his oral argument before members of the Fourth Department during the August-September term.”

I for one hope so. I’d like to see the Amish and those on their side win this one. I would not want these awful, creepy wind turbines looming over my landscape for decades.